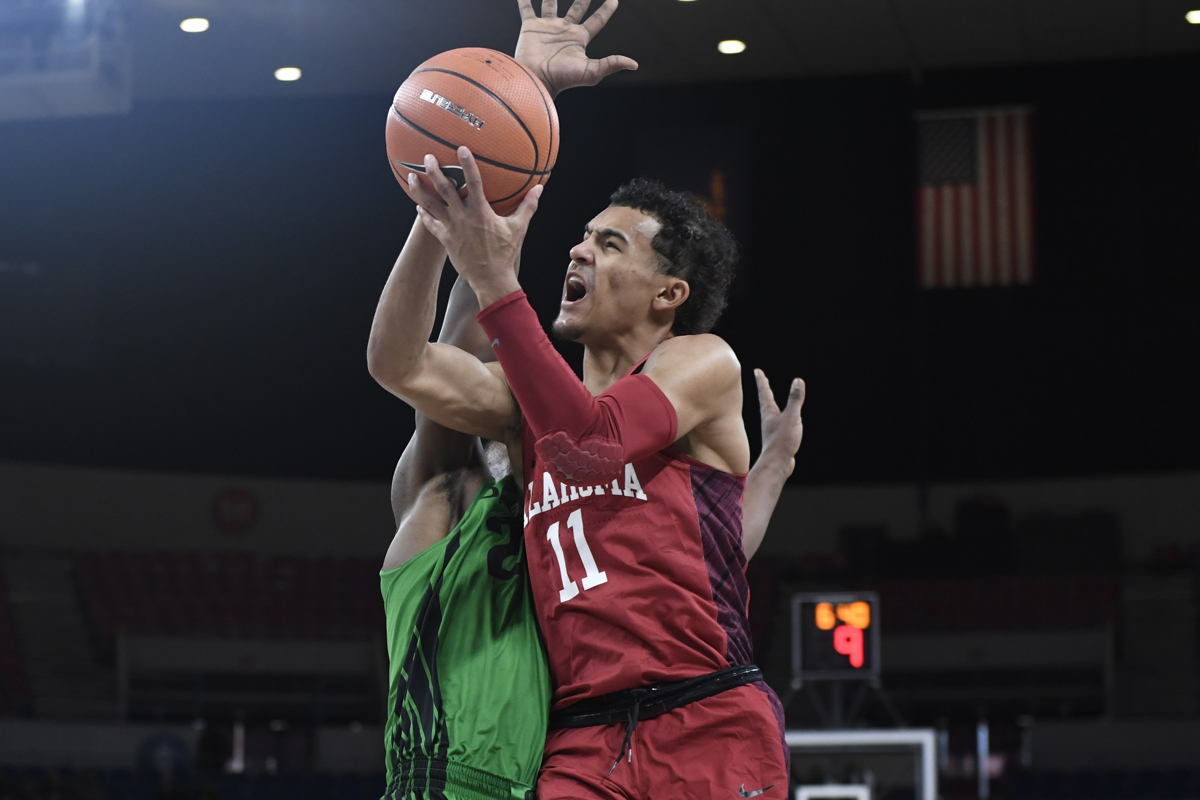 Trae Young being drafted by the Orlando Magic just seems like a match made in Disney.

The Magic hold the sixth pick in Thursday night’s NBA Draft, which happens to be right in the Trae Young tier of players. He’s an exciting player in the mold of Stephen Curry, though even smaller and less athletic. He’s dangerous from anywhere on the floor and is an excellent distributor, and the Magic need a point guard worse than any team in the league. Remember, this is the team that posted a congratulations tweet to Shelvin Mack for leading the team in assists on the season, with a whopping 3.9 per game. That is not good.

Fans would get behind Trae Young, he would give the Magic a legitimate shot at a point guard they can build around. The Magic could elect to look in another direction, though. This is a team that needs everything and I’m in the camp that believes they should draft the best available player. That might not be Trae Young in this draft, even with the sixth pick. He’s also kind of funny looking and I feel like nobody is really talking about it.

Right now it seems like the only player guaranteed to not be there when the Magic pick is DeAndre Ayton. Granted, a couple of these guys seem like they’d be a stretch, but there are a lot of reports out there about Trae Young and/or Michael Porter Jr. jumping into the top five. If that happens, somebody pretty great could slip to the Magic. Isn’t it about time that something nice falls into this team’s lap? There is also always the possibility of a trade. Assuming that doesn’t happen, here are five players the Magic could consider with the sixth pick, and each could help the team immensely.

Luka Doncic, G/F: Slovenia – It does not seem likely, but there are scenarios where Doncic is there when the Magic are on the clock. If he is, that clock should stop immediately. This would be a dream for Magic fans. As the best passer in this draft, Doncic would immediately run this team from two guard spot. He can also score in a variety of ways and at 6′ 8″ is able to get his shot off over just about anyone. There are some questions about his athleticism but that can be covered up by Jonathan Isaac and Aaron Gordon floating around the same areas. There do not seem to be any concerns about him coming to the NBA from overseas, where he dominated as a teenager. This would be a franchise changing pick.

Marvin Bagley III, PF: Duke – Another long shot to be there when the Magic pick, and another player that they should not hesitate to pull the trigger on if he happens to slip. Some would argue that he’ll just clog the front court even more, I say big deal. It doesn’t matter who wants to say they play center, Gordon, Isaac, Bagley lineup has the potential to be dominate. Bagley is the best all around offensive player of the bunch. He also happens to be 6′ 11″ and an amazing athlete. He should have blocked more than 0.9 shots per game with his physical profile, but his one season at Duke is a small sample size. This could be another dream scenario for a starving fan base.

Jaren Jackson Jr., C: Michigan State – What is there not to like about Triple J? He could very well end up being the best player out of this loaded draft. I’m just going to rattle off some facts, 6′ 11″, 7′ 5″wingspan, 240lbs, Michigan State record holder for blocks in a season with 106, that’s in only 22 minutes per game, and shot 40 percent from three-point range. This guy is what you think of when you think modern day big. He’s already a legitimate rim protector and his offense is always improving. The sky is the limit.

Mohamed Bamba, C: Texas – Speaking of a rim protector. Mo Bamba is a 7′ 1″ center with a 7′, 10″ wingspan. You read that right. That will be the largest wingspan in the NBA, even larger than Rudy Gobert‘s! Mo led the Big 12 with 3.7 blocks per game and added 12.9 PPG and 10.4 RPG. His shooting form looks good and if he can have even close to an average outside shot he can be a special player. At worst, he’s going to be a defensive nightmare and an alley-oop/put-back machine. He does have some room to fill out at 225 lbs, as he could get pushed around a bit by heavier bigs in the beginning of his career, but Mo seems to have all the tools to succeed in the NBA.

Michael Porter Jr., F: Missouri – Ah, Michael Porter Jr. Probably the biggest question mark in the draft. On one hand you have a 6′ 11″ lights out offensive player with Kevin Durant comparisons who was regarded by some as the best prospect coming into this past college season. On the other hand, well it’s not a hand at all, it’s his back. He missed all but three games when he had to have back surgery after the first two minutes of the first game of the NCAA season. He did not look especially sharp in his return for the final two games. If he is healthy, he has superstar potential. The health is a major question mark though, and he’s not doing himself any favors by recently pulling out of private workouts. This could be the type of risk/reward move a team like the Magic might want to avoid. But man oh man, just watch some of these pre-back injury highlights.

Any of those prospects have the potential to be players a team can build around. As does Trae Young and plenty of players that will be available later in the draft should the Magic elect to trade back. With another high draft pick in another strong draft, maybe this is the year. Right Magic fans?