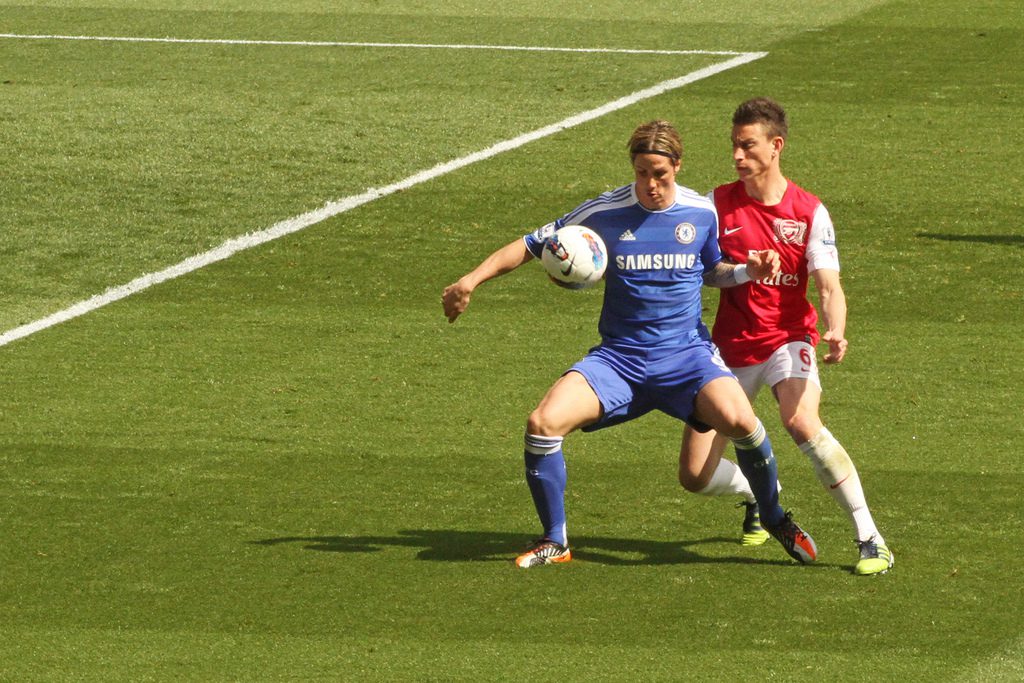 Class is permanent, it just relies heavily on form.

The loan move to AC Milan offers Fernando Torres a career-reviving lifeline. Although he has won the Champions League, Europa League, and FA Cup since joining Chelsea from Liverpool, Torres has endured a horrid last few years of his career. Scoring only 20 goals in 110 league appearances for the London club, Torres has failed to live up to his reputation as a clinical striker, let alone make up for his price tag.

Chelsea have been real patient with the Spanish striker. There have been five managers at The Bridge since Torres’ switch from Merseyside to London, while the striker has remained. Rafael Benitez, more notably, was brought in, some would say, to revive the striker’s confidence and get him to start scoring again, but even he couldn’t lift Torres’ spirits and return him to his free-scoring days.

After a trophy-less season, it was no surprise that Chelsea were busy during the summer transfer window, completing the signing of Spanish international Diego Costa almost as soon as the window opened. Unlike Torres, Costa charged confidently into the Chelsea squad scoring his first four goals for the club from as many shots. With the signing of Costa, and the return of iconic club legend Didier Drogba, Torres was inevitably relegated to the role of third choice striker. But his move to AC Milan offers him a chance to become a regular in the Milan club’s lineup and possibly rekindle his scoring touch. Torres was signed on a two-year loan deal after AC Milan sold their starting striker Mario Balotelli to Liverpool for £16 million.

Torres’ misfortunes at Chelsea are similar to former Chelsea striker Andriy Shevchenko who was bought, incidentally, from AC Milan—Chelsea have been here before, sadly. The signing of Shevchenko for £30 million was a club record for The Blues that was eventually shattered when they signed Torres for £50 million. Like Torres, Shevchenko couldn’t find his goal-scoring touch at Chelsea and was sent on loan to former club AC Milan during the 2009-10 season. Unfortunately for Shevchenko and Chelsea, the loan move failed to re-ignite the striker’s clinical touch and he was to be released the following season, moving to Dynamo Kiev in Ukraine where the former Ballon D’or winner started his career. Shevchenko left Chelsea scoring only nine goals in 30 premier league appearances proving that money doesn’t guarantee glory.

Nonetheless, Italy provides Torres with a fresh playing environment and is perhaps the best destination if he is to get playing time to find his form again. At Milan, he will link up with former Chelsea teammate Michael Essien and Marco van Ginkel (also on loan from Chelsea). Under the management of Italian striking legend, Filippo Inzaghi, Torres has the ideal mentor to show him the way to goal. There was much speculation that Torres would return to his boyhood club, Atletico Madrid, and leave Chelsea all together, but Milan was to be his destination.

Interestingly, Torres will still have six months left on his contract after the end of his two-year loan spell in Italy. This means that if the striker does find his form and bangs in the goals like he used to, Chelsea might yet make a profit after all. Although they may not re-sell him, if they choose to do so, at the same price which they bought him for, if the loan move is successful, then Torres’ value may just go up to at least half of his original transfer fee.

Aside from the business aspect of the move, deep down, all Chelsea fans and those affiliated with the club want to see the boy do well. His work rate has never been questioned. Whenever he pulled on the blue strip, he put effort and determination in his performances. He was just missing that finishing touch, that clinical strike, that confidence in front of goal.

Many fans and pundits will point to his precious away goal against Barcelona in 2012 that secured a second Champions League final appearance for Chelsea. Also, his effort to win the corner in the 88th minute of the final that eventually led to Drogba’s equalizer against Bayern Munich which Chelsea eventually won on penalties. The following season, Torres scored six goals including one in the final, leading Chelsea to the Europa League title where they became the first club in history to hold both the Champions League and Europa League trophies simultaneously.

The issue that remains, however, is a lack of consistency in front of net—the open goal misses, the mistimed headers, the wide-post shots. Torres has had a difficult time fitting in at Chelsea mainly because he has found it difficult to lead the line. At Milan, he may be afforded a bit more freedom. Inzaghi has shown a preference for the 4-3-3 formation, and if Torres can link up with players like Stephan El Shaarawy and Keisuke Honda, then he may just rack a few goals. Torres will know better than anybody else that scoring in every game for the Italian side will bring him success and reignite the confidence that has stayed behind in the shadows of the Kop End at Anfield.