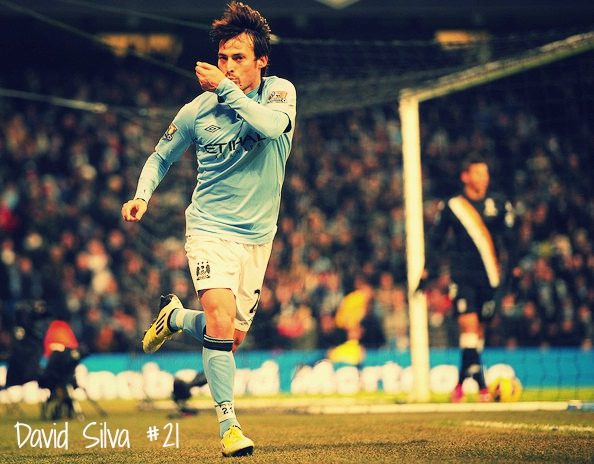 Straight into the action after Christmas day with 27 goals, one red-card, and no draws, here’s all the review, news, and opinion from gameweek 18 of the Premier League in this week’s edition of the Barclays Premier League Capsule:

Chelsea put in a dominant performance at home to gain victory over their East London rivals. Chelsea enjoyed more of the possession and created several goal-scoring chances. It was Chelsea who took the lead through Captain John Terry after Diego Costa headed down towards goal. West Ham showed glimpses of their threat on the counter-attack, but Andy Carroll was left stranded the entire match. Chelsea eventually doubled their advantage when Diego Costa smashed home after receiving the ball from Eden Hazard. West Ham had no shots on target, but came close to reducing their deficit when substitute, Morgan Amalfitano struck the post with five minutes remaining in the match. Chelsea held on for the victory, and a sixth clean-sheet in seven matches. They stay top of the table while West Ham drop out of the top-four, in fifth-place.

John Terry (Chelsea) – scored his second consecutive goal after losing his marker and finding space in the opposition’s penalty box. The captain has put in consistent performances over the past gameweeks and is one of the reasons why Chelsea have only conceded one goal in their last seven league matches.

Adrian (West Ham) – was phenomenal when called upon. He made a string of saves in the first half to deny Gary Cahill, then make a fingertip save from a Nemanja Matic shot. Wasn’t at fault for either goal, and will be happy with his performance.

Burnley were made to pay for their poor shooting in front of goal as Liverpool went on to record only their second win in their last five matches. Liverpool weren’t convincing and probably should have been down a goal early in the match when Danny Ings hit the post. But, Raheem Sterling put The Reds in front just after the hour-mark when he collected a pass from Philippe Coutinho, rounded Tom Heaton in net for Burnley, and scored. Even after Liverpool had taken the lead, Burnley continued to dominate the match. However, they failed to register a single shot on target and, as a result, Burnley drop to 19th, one-point from the safe zone. Liverpool, meanwhile, move up to ninth, and are seven-points away from fourth.

Danny Ings (Burnley) – could have given Burnley an early lead, but had to watch agonizingly as his 25-yard strike bounced off the post. Posed a threat throughout the match.

Raheem Sterling (Liverpool) – made a quick run to latch onto a Coutinho pass, and used his agility and balance well to round the keeper and give his team a precious lead. The goal was his fourth of the season, his last coming in September.

Southampton record consecutive Premier League wins for the first time since the start of November. Crystal Palace have only won once in their last 12 outings, and drop into the relegation zone. Southampton took the lead through Sadio Mane, who ran past the Palace centre-backs and scored. They extended their lead shortly after half-time when, on-loan Chelsea defender, Ryan Bertrand smacked a Mane cross into the roof of the net. The Saints tripled their lead five minutes later, Toby Alderweireld scoring his first goal for his club. Southampton were calm and comfortable, and were un-effected when Scott Dann scored what proved to be a consolation goal late in the match. Southampton are back into the top-four with this win, having scored six goals in their last two matches.

Sadio Mane (Southampton) – scored his third Premier League goal after a great run. The Senegalese midfielder did well to move the ball forward and set-up his teammate for the second as well. He will be hoping to build on this performance.

The Toffees suffer consecutive losses for the first time this Premier League season. Stoke City meanwhile, move above their opponents and now sit in 11th place. It was a close match, with many controversial incidents. Everton felt that they deserved a penalty when defender Leighton Baines was brought down in the box. The referee ignored the protests, and a minute later awarded Stoke a penalty after Bojan Krkić was fouled in the box. Bojan stepped up to score the penalty that proved to be the winner as well. Everton will be upset about the penalty decision, particularly because they felt that Krkić went down with minimal contact, but they only have themselves to blame after they weren’t clinical enough in front of goal.

Bojan Krkić (Stoke) – now has three goals and an assist in his last nine starts for his club. He took a while to settle, but now looks comfortable in the Premier League.

Leicester’s losing run continues as they suffer their sixth consecutive loss, and are without a win in 13 matches. Tottenham, on the other hand, record their third win in a row moving within two-points of the top-four. The Spurs took an early lead when in-form Harry Kane found a goal inside the first minute of the match. The Foxes were unlucky, hitting the bar either side of a Jose Leonardo Ulloa equaliser. Tottenham eventually restored their advantage after Christian Eriksen scored his seventh of the season with a clinical free-kick. Leicester remain bottom of the Premier League after this defeat, six points away from safety.

Jose Leonardo Ulloa (Leicester) – struck the post in the first half, and scored the equaliser almost immediately after half-time to give his team hope.

Harry Kane (Spurs) – has a knack for scoring early goals. The 21 year-old Englishman scored his fifth of the season against his former club to give his side an early advantage. At the pace he’s going, it’s no surprise if he gets called up by Roy Hodgson for the national team.

The Red Devils remain undefeated in their last eight Premier League matches as they put in a convincing display to collect all three points. Wayne Rooney scored a double in the first half to give United a comfortable lead. Robin van Persie eventually made it three, when he scored from a fantastic Rooney cross. Despite Newcastle’s best efforts, they couldn’t score early enough, and had to settle for a consolation goal after Papiss Cisse scored from the spot. The win means Man United remain in third, still 10 points behind leaders Chelsea. Newcastle, meanwhile, suffer their fourth straight loss which leaves them in 10th place.

Wayne Rooney (Man United) – has scored 12 Premier League goals against Newcastle, more than any other team in the league. He scored a brace and could have had a hat-trick, but his free-kick was just over. He provided the assist for the third, and was a real-engine for his team in midfield.

Despite taking a really early lead, Sunderland couldn’t hold on for the victory after Hull City scored three unanswered goals to claim all three points. Adam Johnson gave The Black Cats the lead within the first 30 seconds after he pounced on a mistake from the Hull defense. The goal was Johnson’s second in as many matches after his heroics last gameweek against Newcastle. Hull City, who were without a win since early October, kept their heads up and took their chances well. Gaston Ramirez scored the equaliser after the half-hour mark to send the teams into the break on level terms. Soon after the second-half began, Hull added a second when James Chester headed into the back of the net before Nikica Jelavic scored the third after coming on as a substitute. Sunderland remain four points clear of the drop-zone in 14th place, while Hull City climb out of the drop-zone and are one-point clear in 17th place.

Adam Johnson (Sunderland) – scored in his second consecutive match, but couldn’t help his team to victory. He showed great awareness to capitalise on some poor Hull City defending for the first goal—his third of the season.

Gaston Ramirez (Hull City) – brought his team back into the game when he scored the equaliser, and turned provider when he found the head of Chester for the winner.

Despite Villa’s late pressure, Swansea held on to record back-to-back wins in the Premier League for the first time since August. Swansea started the more dominant side in the first-half, and their dominance was rewarded when Gylfi Sigurdsson scored from a free-kick to give the hosts the lead. Villa came out with purpose in the second-half, enjoying more of the possession and creating more goal-scoring opportunities. They came close to snatching an equaliser late in the game when Christian Benteke’s header towards goal was saved by Lukas Fabianski in goal. Villa have two wins in their last five matches and drop to 13th place, Swansea remain eighth place.

Gylfi Sigurdsson (Swansea) – scored with a fantastic free-kick, his third of the season, to give his side victory and keep them in the hunt for a top-four spot.

Christian Benteke (Villa) – nearly set-up teammate Gabriel Agbonlahor, but the striker sent his shot over. Benteke almost scored a sensational equaliser, but was denied by brilliant goalkeeping from Fabianski.

The Champions remain firmly behind Chelsea with this win, and look ready to pounce on any slight hiccup form their rivals. Man City took a three-goal lead at half-time after Fernando opened the scoring before Yaya Toure added a penalty goal, and David Silva curled in the third on a snowy night at the Hawthorns Stadium. Man City remain undefeated in their last nine Premier League matches since a 2-1 loss to West Ham in October. This win is also their seventh consecutive victory in the league. West Brom, in contrast, have only won twice in their last nine, losing six in the process, with one goalless draw. They remain in 15th place, two points safe from relegation.

David Silva (Man City) – has now scored three goals in his last two matches, providing one assist. The Spaniard looks fit and is proving an important player as City deal with injuries, particularly to their strikers.

Despite being reduced to 10-men, Arsenal get the victory that boosts their top-four ambitions. QPR, meanwhile, have yet to win a match away from home—they are zero for nine on the road. Arsenal were awarded a penalty early in the match, but Robert Green was equal to Alexis Sanchez’s spot-kick, saving to his left. However, Sanchez eventually got onto the score sheet with a diving header. QPR continued to press in the second-half and were given an opportunity to turn the match on its head after Arsenal striker, Olivier Giroud was sent off following a head-butt on Nedum Onuoha. The second goal of the match came, but it was Arsenal who found it, after they broke clinically on the counter. Tomas Rosicky scored his first Premier League goal of the season to double the Gunners’ advantage. Arsenal survived a late scare when Charlie Austin scored from the spot to reduce the deficit, but QPR couldn’t find an equaliser. Arsenal remain sixth, but are now two points away from the top-four. QPR, meanwhile, stay two points clear above the relegation zone.

Alexis Sanchez (Arsenal) – has been involved in half of Arsenal’s goals this season, scoring 10 and creating six. He redeemed himself, after missing his penalty, with a goal and an assist.

Robert Green (QPR) – saved a penalty, and made a few saves to keep his team in the match. Unfortunately for him, his teammates couldn’t find a second goal and remain winless, and homesick on the road.