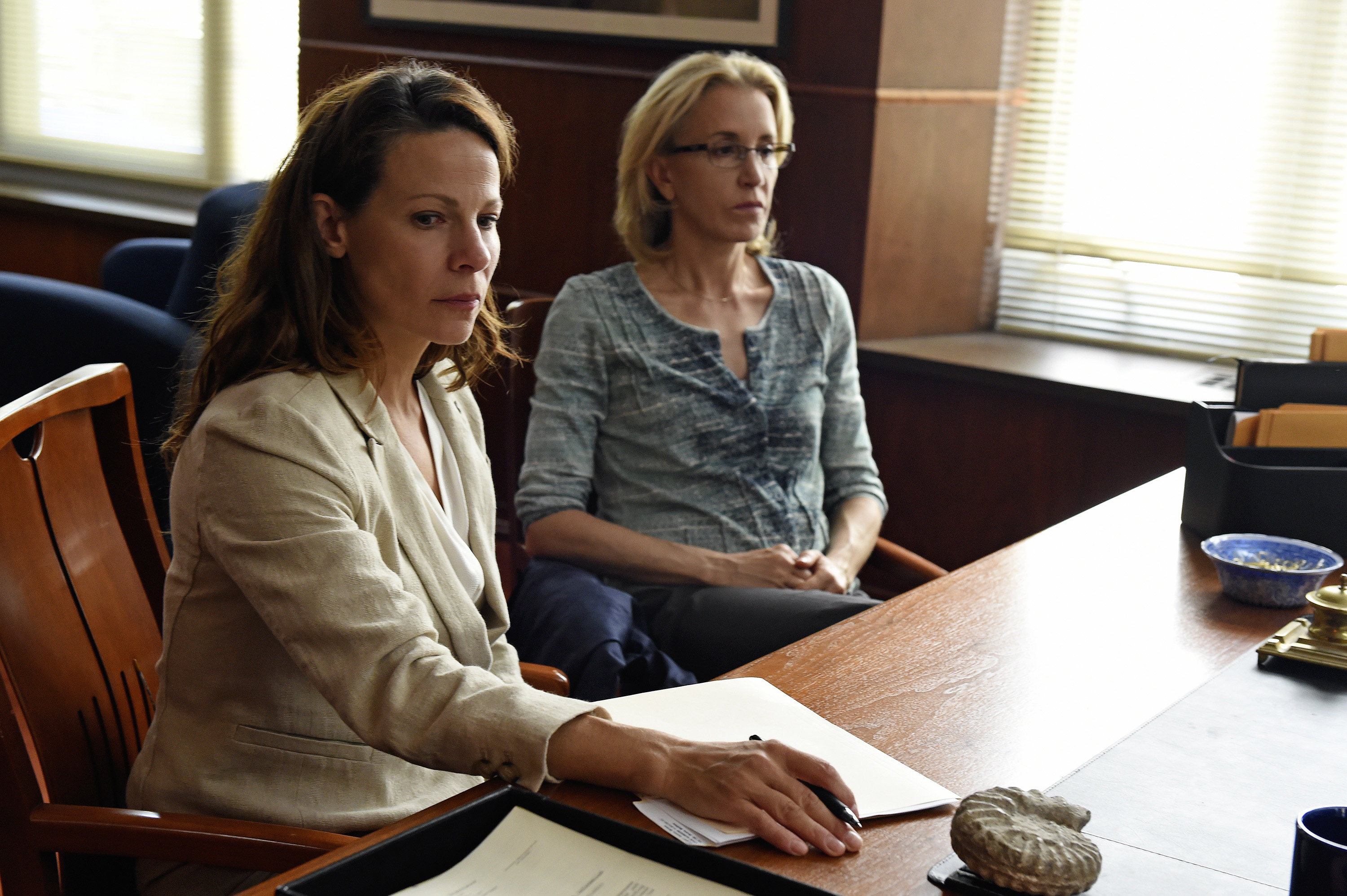 American Crime further establishes its slow pace as critically important questions are raised in its third episode. The show continues to feature provocative, racially focused dialogue between the characters. Frustratingly, though, American Crime has still failed to deliver any characters for the audience to truly like. We sympathize with their struggles, but aside from feeling badly for characters, who do we openly like? This has become a theme through three episodes: strong acting and dialogue, disappointing character traits.

The exception might be Russ. Despite his fatherly failures indicative of his unreliable past, the lowly dad of American Crime is a decently appealing character attempting to make amends. He’s here now, after all, and that ought to mean something. Barb, for reasons she’s entitled to, isn’t willing to accept Russ back into her life on a meaningful level. This creates a battle that’s become central to American Crime: Russ and Barb want their son buried in different places. The situation is complicated by Tom and Eve, the deceased’s in-laws, who side with Russ on the matter.

Meanwhile, Tony remains behind bars and subjected to harassment from fellow juveniles. He’s hit in the face with a basketball during a game, prompting another individual to finally step up on Tony’s behalf. In a brutally honest fashion, he tells Tony to man up and shake his soft exterior. How was Tony made this way? In part because of Alonzo’s stifling parenting methods, ones apparently motivated by fear of losing Tony after the death of the family matriarch. This dose of information is revealed by Tony’s sister.

Alonzo might find it difficult to stifle Tony from this point forward, however. Tony might be lucky enough to avoid murder charges, but he won’t be released back into his father’s care. Those examining Tony throughout his incarceration have deemed home an unfit environment for the youth. This is a crippling prospect for Alonzo. He’s already lost his wife, his daughter is growing distant, and now his son is being taken away? Like with Russ, it’s also easy for the audience to support Alonzo as he tries to fix his life.

We also dive deeper into the backgrounds of Carter and Aubry. We meet Aliyah Shadeed, Carter’s sister played by Regina King, who is a devoutly religious Muslim woman. Carter and Aliyah clash on both religious and philosophical wavelengths during their tense prison visit. Finding a deity to worship or a lifestyle to adopt isn’t on Carter’s radar. His sister, headstrong and forward in her approach, seems like a potentially important new character on American Crime. Her disapproval of Aubry and drug addicts in general will likely always come between her and Carter.

Aubry is revealed to be the product of a foster-care background. Her assumed adoptive father meets with her in a hotel. Aubry wants legal representation to ensure visits with Carter, her father wants a rekindled relationship for the family as a whole. The audience is to believe this pair has clashed for years. Perhaps the emotional trauma and broken attachments of Aubry’s childhood already predetermined her for a lack of trust prior to being adopted. American Crime indicates that she never fully accepted her “family.”

My hope is that my character criticisms and pacing worries don’t come across as harsh. The basis of my stance is largely from the critical acclaim American Crime has received. When word of mouth spreads, my expectations rise. To this point, American Crime has been enjoyable enough to maintain a watching interest. Is it transcendent, must-see television? No, at least not yet. My view of the show points to praise for its ambitious agenda, but that’s a significant step short of widespread acclaim. Slicker pace will be a requirement for American Crime‘s improvement.