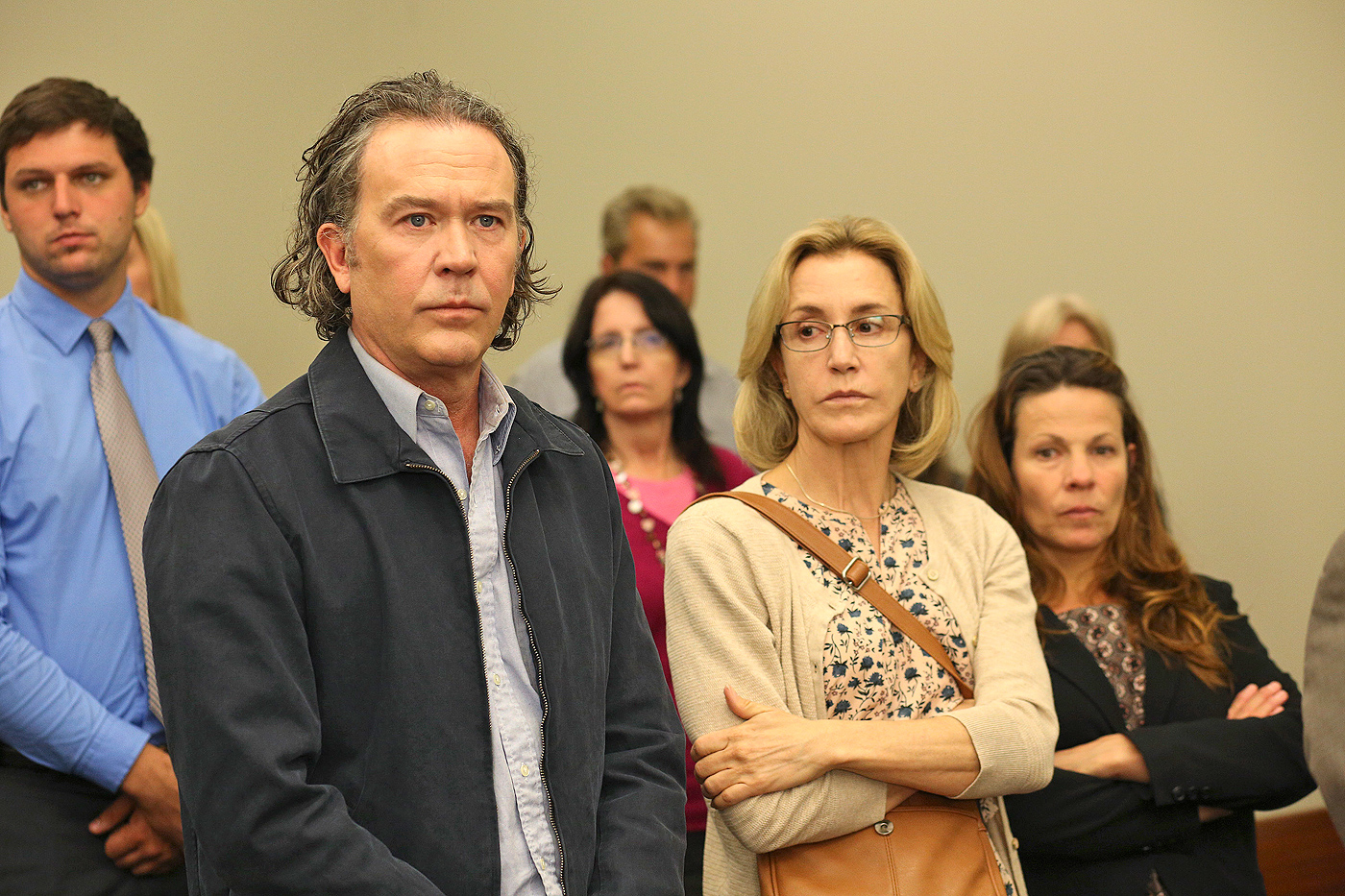 American Crime opens up its ninth episode with Barb practicing at the shooting range. She coldly fires away toward a target with the keen instruction from the man providing supervision. Is this merely a hurt woman’s paranoia or a possible foreshadowing of a future murder? For now, that dose of curiosity will have to rest in the back of the collective audience’s mind. What it does in the immediate sense is create a forceful, foundation-setting opening scene.

We then briefly see Aliyah and a team of lawyers analyzing Carter’s legal standing. They discuss the prosecution’s “compelling evidence,” but also mention how the case lacks an eye witness, has complications with the DNA available, and the fact that a portion of the public is siding with Carter. Aliyah and her brother disagree on various moral and religious grounds, but her support of Carter is unquestionable. American Crime seamlessly shifts in and out of character’s lives in this episode, beginning with Hector, then shifting to Russ.

Hector offers no words initially. He’s transferred from his prison to an alternate location, doing so with a contemplative look on his face as he stares at a picture of his daughter. It’s later revealed this scene signaled Hector’s release. Meanwhile, Russ basks in his guilt. The tortured father looks through pictures of his deceased son, then promptly burns them, while fixing up the house where he’s currently staying. Some of the pictures are heartwarming, others are explicit. The loneliness in the mind of Russ continues to prevail.

Back to a glimpse behind bars in American Crime‘s following scene. Tony’s friend, Edgar, is assaulted in juvenile hall after throwing an elbow toward an employee. As the angered youngster is restrained, Tony seeks involvement. He is then also restrained by the rightfully defensive guards. This signifies a mental breaking point for Tony, a young man being placed beyond his reasonable depth. He’s breaking behind bars, a turn of fate which makes him tell Alonzo to become more active with his release. Tony mentions how Edgar was killed in the struggle, but that development isn’t confirmed.

A clean-shaven Hector eats takeout food with his daughter and on-and-off girlfriend. His dreams are particularly big now that he’s a free man, a situation the audience assumes because of his willingness to testify against Carter, but his girlfriend encourages him to strive for a steady job within reason. They’re a family growing more connected, and financial stability is needed. This is now Hector’s greatest responsibility, not criminal mischief or reckless decisions. As my favorite character on American Crime, here’s to hoping Hector walks the correct path.

As Gwen continues her physical progress, the intensity surrounding Carter’s case rises. For all of American Crime‘s shortcomings, errors not limited to a maddeningly slow pace and an intermittently spotty filming style, the show has always revealed the magnitude of this case on a meaningful level. The audience is given every angle imaginable. What’s more, American Crime also offers an insight into the grips of addiction. When Aubry’s mother visits Carter, we see the pain her daughter’s addiction has caused. It’s undeniable that the show’s central crime involved, if not centered around, drugs. Consider drug use and addiction as themes to what this series is after.

One of the key decisions in this American Crime episode is Alonzo’s business decision. He’s tired of his son receiving average legal consultation from a court-appointed lawyer. Looking to increase Tony’s chances of avoiding punishment, he seeks out a private defensive attorney. The costly nature of this venture leads Alonzo to contemplate selling part or all of his business. He also finds out that a family member might be able land an advocacy type of lawyer who charges less. American Crime is about more than the murder Carter may or may not have committed, it’s also about the residual impact hitting Hector, Tony, and countless other characters.

Passing through a slew of protestors, Russ and Barb enter the courtroom. With Carter present, American Crime‘s initial proceedings are to determine whether or not there’s probable cause to continue with the murder accusation against Carter. Who does the prosecution summon as their first witness? It’s the recently free family man, Hector, who catches penetrating looks from Carter across the courtroom. Hector states that he received a text from Carter around the time of the murder, a piece of information given before cutting out to a new scene.

Aubry tells her mom to call in legal reinforcements after receiving some sort of note from Carter. We assume it’s about Carter taking more blame than Aubry concerning the crime, but she refuses to allow him to do anything against his best interest. The investigator proceeds to inquire as to what she knows about the murder. In a move of twisted love and extreme stupidity, Aubry claims responsibility for Matt’s murder. We don’t know if she’s telling the truth or not. This is complicated by her history of lying and overall unreliability. During her ranting, American Crime unfortunately reverts back to its choppy, unprofessional filming style.

Questionable camera decisions aside, Aubry’s words strike the scene as believable. She states how she traded sex for drugs in the past with Matt. Aubry had also grown angry with Matt after hearing of his racist language directed at Carter. Where Aubry’s believability lessens, though, is when she claims Matt eventually startled her to the point in which she had a flashback of her brother sexually abusing her. We already know Aubry has lied about this sexual abuse, which gives the audience a dilemma to face. How can we navigate between Aubry’s blatant lies and clear believability?

Considering my criticism of American Crime in the past, this episode deserves to stand as successful even in my eyes. Any cons are outweighed by the continued streak of quality acting, and the rising intensity behind the show’s principle murder. We’re nine episodes deep with the season nearing its end. A strong finish with necessary answers should be reasonable to expect.