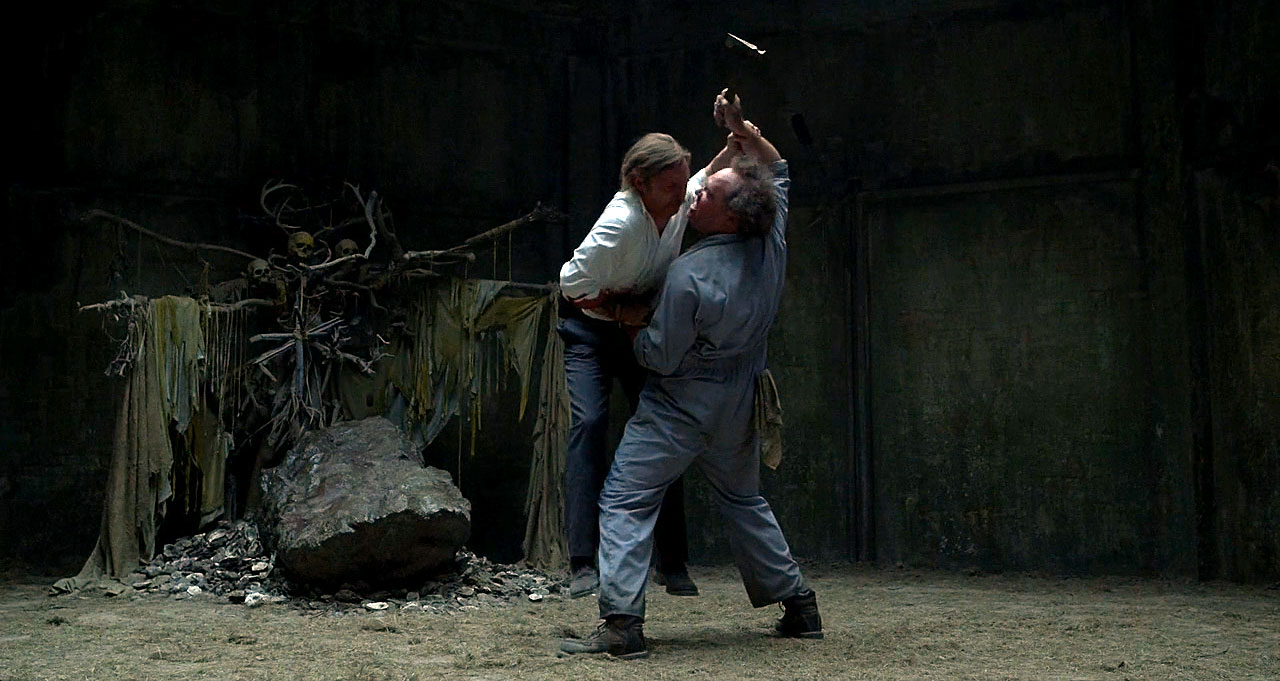 The first season of True Detective is possibly my favorite span of episodes from any series. I did the season two reviews here for Pop Culture Spin, and underwhelming is an accurate word to describe the letdown. Luckily, over time, the greatness of the first eight episodes with Matthew McConaughey and Woody Harrelson is enough to trump sophomore disappointment.

With that, and continuing my focus this week on excellent scenes from TV shows, I bring to you the final True Detective clash between Rust/Marty and Errol. Part of the deranged Childress family, Error lives as a recluse who balances his daily life with incestuous relationships and committing serial murders. Quality detective work leads Rust and Marty to his house. Once spotted, Errol flees into a twisting maze, teasing along Rust in the process. Marty eventually joins the pursuit, but not after a bloody climax that at the time of the original True Detective airing was entirely unpredictable.

When Errol lifts Rust into the sky by a knife, it seems impossible for McConaughey’s character to survive. A portion of True Detective fans probably came to the conclusion that his response was unrealistic. We’re dealing with a man who buried himself in the world of Carcosa, a man who lost his touch with sanity years ago, yet maintained a brilliance and knack for pursuing villainous behavior. Rust simply refuses to allow his intended target to prevail. For a man of Rust’s build, I completely buy into his reaction.

Marty takes his share of punishment when joining the charge. For a psychologically chilling show like True Detective, this ending felt at the time and still today feels perfect. Rust and Marty didn’t take down everyone involved in the child sacrifice and serial murder underworld, but they got one of them. A main one. A sick, fat man named Errol who possesses superhuman strength and devilish tendencies. True Detective, you magnificently demented beast.

For nostalgia of what season one of True Detective had, for the beauty of entertaining television being matched by striking performances, enjoy the below scene. Just remember, time is a flat circle. You’ve probably already seen this clip. And one day, you’ll see it again.

Like with my Bunk and Omar article yesterday, in order to view this greatness, click on where it says True Detective – “Take Off Your Mask!” (Carcosa Scene). Various other riveting clips from season one will appear alongside it when the scene pops up directly on YouTube.