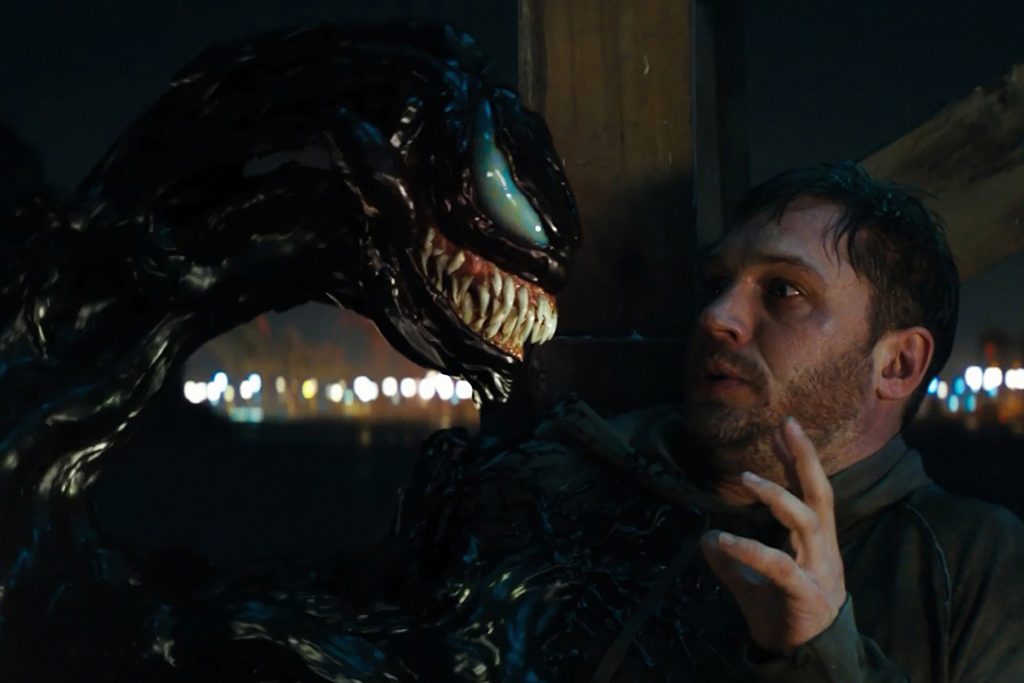 Venom is most famously known for being one of Spider-Man’s top-tier archenemies. However, the dark, vicious symbiote gets its own spotlight in Ruben Fleischer’s Venom. After journalist Eddie Brock ruins his career and love life by going after Carlton Drake, a techno titan experimenting with humans and symbiotes, he merges with a symbiote called Venom to shake up his world. Tom Hardy stars as the title character and he’s joined by Michelle Williams, Riz Ahmed, and Jenny Slate.

The CGI actually does the character justice for the most part. Venom looks fantastic lashing out at a S.W.A.T team buried in smoke with his tongue lashing out, but he seems a bit unfinished when he’s stationary sometimes. The movie also suffers from a third act where there’s a villain who is essentially a bigger, badder version of the protagonist. Predictably, they square up for a heavyweight fight, which is mildly entertaining because it’s essentially four beings, but it’s been done to death so it feels lazy.

Ruben Fleischer seems to do best when he takes on comedic projects. Although this is more of an action flick, Venom does have several comedic moments to keep it afloat. The mediocre story is predictable and follows a pattern we’ve seen in plenty of failed comic book movies before, but it is oddly funny. We do get plenty of character development for Eddie Brock, but not enough to allow us to root for him until maybe later in the film. The first 15 to 20 minutes of the movie could’ve been condensed so we can get to the Venom relationship quicker because that’s where the movie shines. Would this film work better as an R-rated character study of a vicious monster turned vigilante? Yes, but the film we get is still engaging enough because of the central performance. 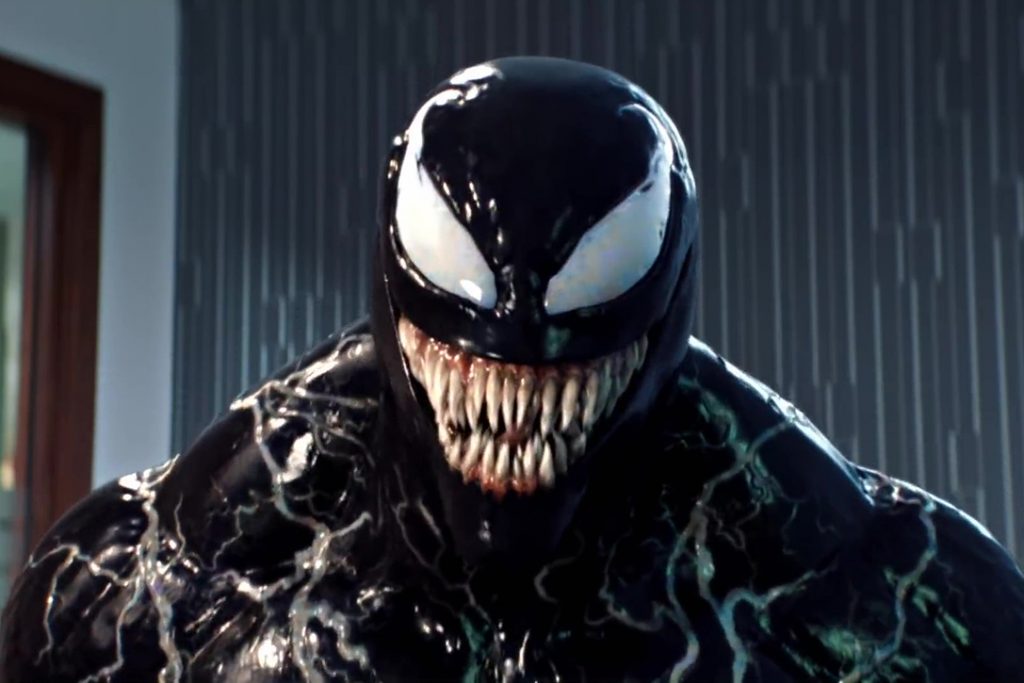 Tom Hardy’s Eddie Brock is a rebellious journalist looking for the truth. Brock’s a cardboard cut-out character, but Hardy’s quirky performance is wildly entertaining and energetic, lifting the character from mediocrity. He plays both Eddie Brock and the voice of Venom and has a buddy-comedy chemistry with himself that works so well. When Brock and Venom interact with one another the film is hilarious. Hardy looks just as deranged as Venom at times and he captures the dark nature of the character.

Riz Ahmed is a superb talent and in this film he’s playing a character named Carlton Drake. With a name like that, it was hard not to think of a hybrid character composed of Carlton Banks and hip pop sensation Drake. Anyways, Carlton Drake is pretty much an evil Elon Musk (or just Elon Musk if you think he’s evil already). Ahmed gives a solid performance as usual, but his character could’ve been expanded on a little more. Sometimes he’s a brilliant asshole that sees human beings as a poor design, pushing him to create something better, and other times he’s just the “bad guy.” With more attention to forming his character consistently, he could’ve been something great.

Then there’s Michelle Williams playing Anne, Eddie’s love interest. Anne is probably the worst written character in the film. She starts awkward pillow fights with Eddie and has no chemistry with him whatsoever. Williams isn’t given much to work with and makes the most of it, but even her talents can’t bring life to the oddly written Anne.

Venom is not what we thought it would be. It has a predictable story that gets messy at times, but Tom Hardy’s performance is what saves the film from being a crash-and-burn failure. If you look at this movie like it was a weird buddy comedy sci-fi , you’ll probably have fun. Although it isn’t a home run, I would love to see Hardy play Venom again in a sequel.