In an epic showdown between the Arizona State University Sun Devils and the University of Oregon Ducks, the two schools held an instant classic-worthy duel that went into multiple overtimes.

What you may have noticed is that the Sun Devils football team appeared to all have the same name. That name on each player’s back was TILLMAN.

Read all about why TILLMAN was the name each and every Sun Devil wore in glory, here, courtesy of our friends at adidas.

Arizona State University and adidas unveiled the Sun Devils’ new PT42 Primeknit alternate football uniforms. Designed in collaboration with Sun Devil Athletics, Marie Tillman and the Pat Tillman Foundation, the special edition uniform pays tribute to the U.S. military and its debut will kick off Arizona State University’s week-long ‘Salute to Service.’ The Sun Devils will don the PT42 uniforms on Thursday, October 29th when they take on the Oregon Ducks at Sun Devil Stadium.

In 2002, Pat Tillman, an Arizona State University alumni and safety for the Arizona Cardinals, proudly put his professional football career on hold to enlist in the U.S. Army with his brother. During his career at ASU, Tillman helped lead the team to the 1997 Rose Bowl after an undefeated season, earned three consecutive selections to the Pac-10 All-Academic Football Team, a first team Academic All-American honor, as well as the NCAA’s Post-Graduate Scholarship for academic and athletic excellence.

In April 2004, Pat lost his life while serving with the 75th Ranger Regiment in eastern Afghanistan.

Inspired by Pat Tillman, the PT42 uniform was designed to replicate the uniforms that Tillman and the 1996 team wore for their 1997 Rose Bowl appearance, while also paying homage to his military service as a U.S. Army Ranger. From the recreated font of the “Arizona State” moniker on the chest, to the PT42 badge on the collar, to the period-specific Sparky logos and look of the helmet, adidas designers worked closely with Sun Devil Athletics, Marie Tillman and the Pat Tillman Foundation to deliver the perfect blend of a retro look with a tribute to the military and Tillman.

Further paying homage to Tillman, Sun Devil Athletics and adidas worked in tandem with the NCAA to receive special permission to have Tillman’s name on the back of every ASU player’s jersey for the game. Designed to inspire the team, the front of the TECHFIT baselayer features a photo-realistic image of Pat leading the players onto the field – the same picture featured in the Tillman Tunnel at Sun Devil Stadium. Additionally, the back of baselayer features a quote from Tillman, “Passion makes life interesting, ignites our soul, fuels our love, carries our friendships, stimulates our intellect and pushes our limits.” 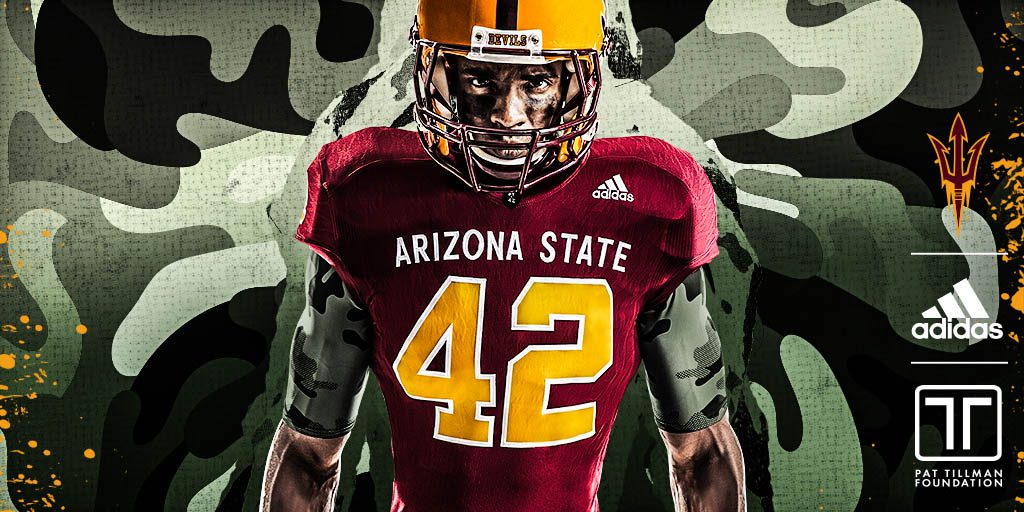 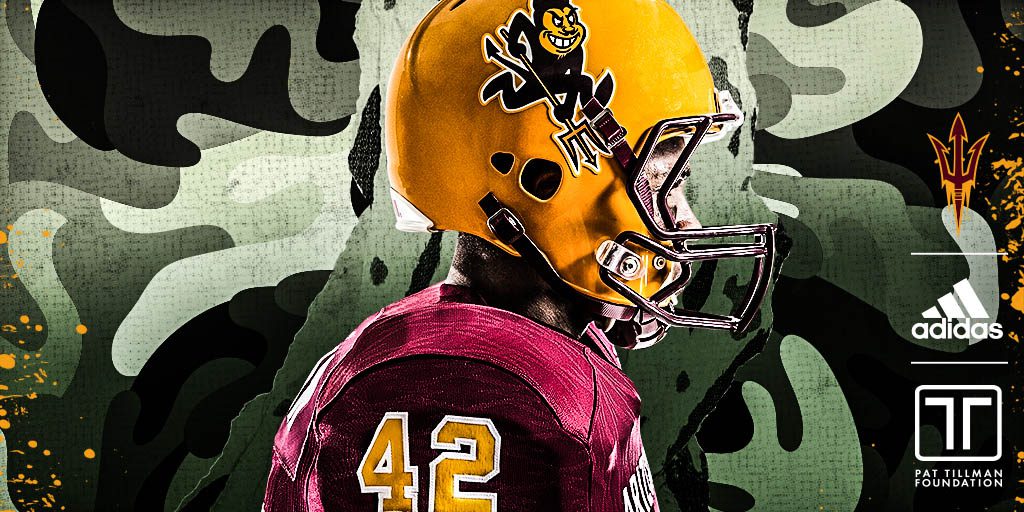 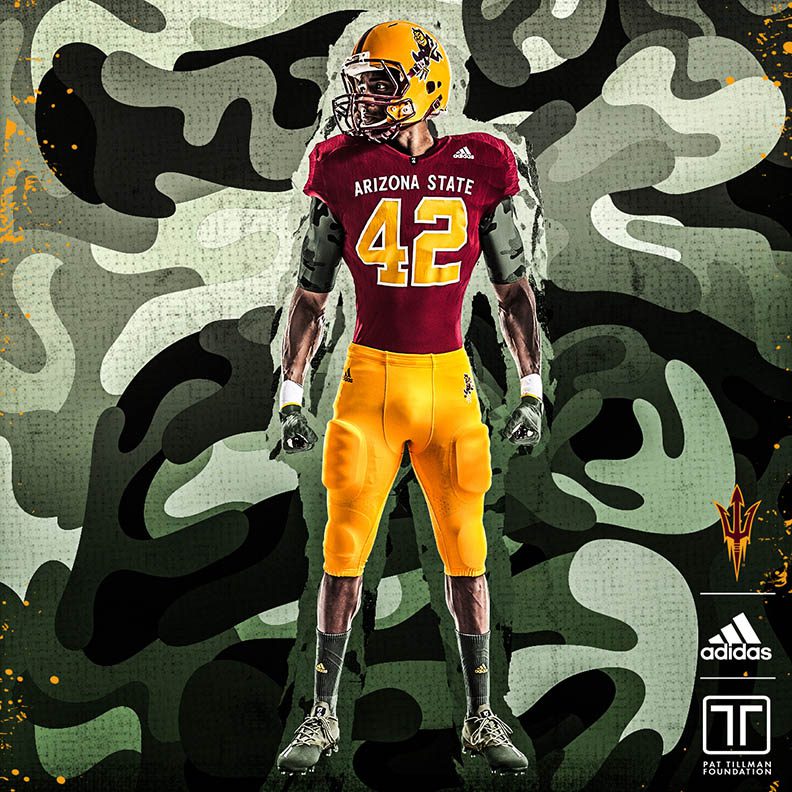