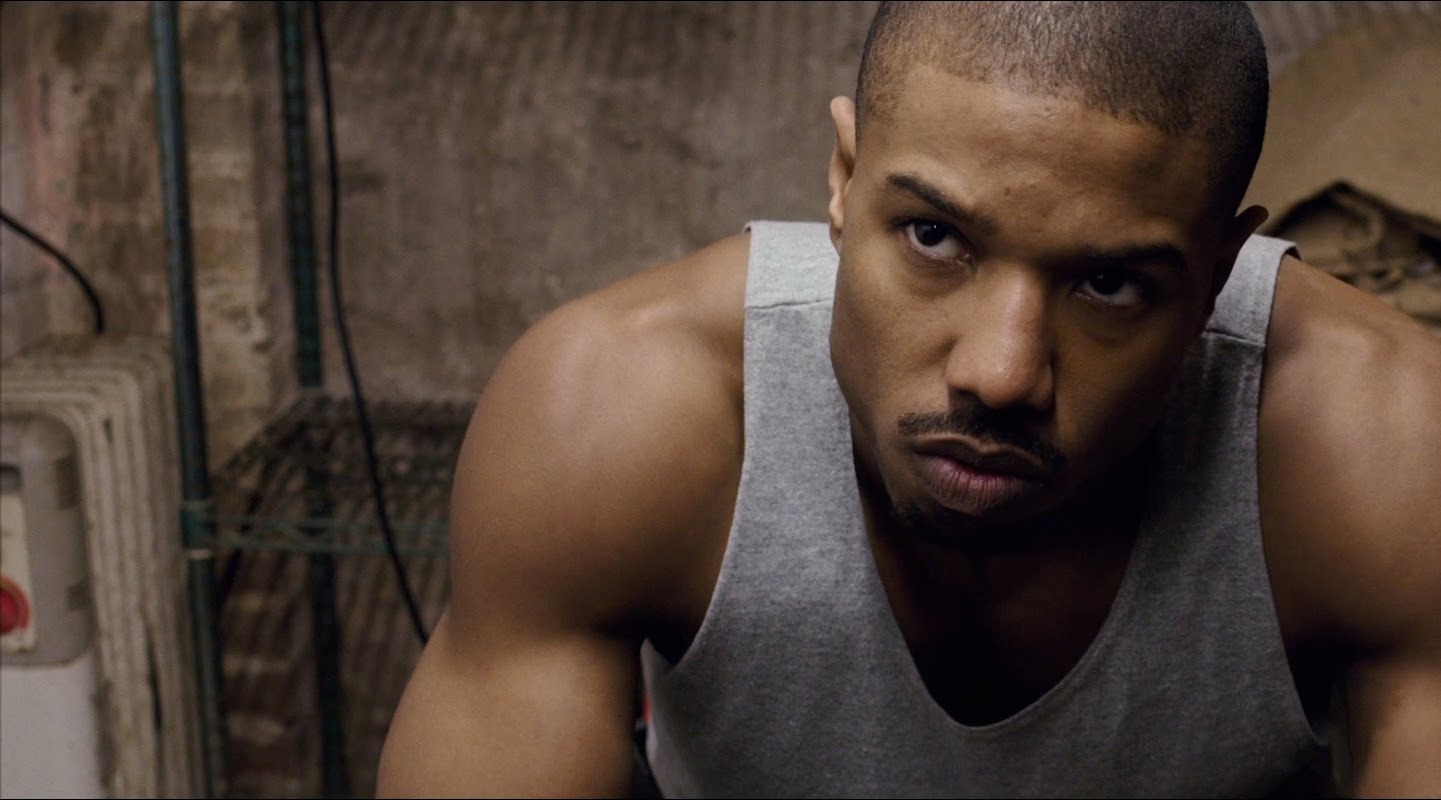 Welcome to Rocky Week here at Baller Mind Frame’s Pop Culture Spin! Over the course of this week (and next week), BMF Editor Sonny Giuliano and PCS Writer Dalton Baggett will be teaming up on a number of Rocky themed write-ups in anticipation and celebration of the Rocky spin-off Creed being released on Thanksgiving Day. Today, Sonny and Dalton interviewed Aaron Covington, one of the co-writers of Creed.

Pop Culture Spin: Well first of all, thanks for taking a little bit of time with us to answer some questions. Dalton and I are both really excited to see Creed. I read a couple of interviews that your co-writer Ryan Coogler did where he talked about being a fan of the Rocky movies growing up, and that’s where he got the inspiration to write Creed. Were you a fan of the Rocky film franchise growing up too?

Aaron Covington: Of course. It’s funny because I don’t remember watching any Rocky movie for the first time. It was like I was always aware of. I probably saw them before I knew I was seeing them. And so those names and characters were seared into my brain like the alphabet. So when Ryan first told me about his idea I was excited. It seemed unreal to consider it but also a great challenge.

PCS: I’m sure it was intimidating to a certain degree. How did you and Ryan come up with the concept of writing this story about the son of Apollo Creed?

AC: Ryan has talked a lot about his father being sick that really inspired him. The male figure he most looked up too struggling with his health and I connected because I had gone through a similar situation back in 2004 with my father. And it was the idea of bringing new life to franchise. And boxing movies are cool to me.

Yea so Ryan was dealing with that and the Rocky movie was something they shared. It was just an instant connect for him. For me it was also another chance to work with a good friend of mine and to revisit and in a way deal with things from before.

PCS: So this is obviously a project that you both have a strong personal connection with, and on top of that its a re-birth of some sorts of a franchise that was extremely successful and prominent in the past. How much work had you two done with this idea before it really started to seem like a reality that this story could be told and this could be made into a film?

AC: I think I was naive enough as a film student to immediately think we could write something that could at least attract attention. Our mantra was kind of “just make it dope. Make it really dope” in that be so good they can’t ignore you mindset. But after the success of Fruitvale Station things changed dramatically. Ryan called me one day and asked if I was ready to get back working on Creed. I didn’t realize at the time that he meant “for a studio and for Stallone”. A week later his agent called me and said “congratulations” and I was like “excuse me?”

I think we thought that we could eventually get it into someone’s hands or get it on the blacklist. Something. Anything. In film your staved for recognition!

PCS: I’m sure once Sylvester Stallone got involved it had to seem a bit surreal considering he was the one who created the characters that you were using as inspiration for the story of Creed. What was he like to work with, and how involved was he in the creation or the evolution of the story?

AC: Stallone is amazing to work with. Very smart, very sharp and very involved. He cares and once him and Ryan clicked I think he was invested in making it as good as it could be. So he really made sure we stayed “on brand” with the characters and themes of the franchise. And on set he was the same. Working with literally everybody and really being a guiding force.

PCS: You mention staying “on brand” with themes of the franchise … what specific themes did you guys make sure were included? And along with that, what do you think some of the bigger differences between Creed and the rest of the movies in this film franchise are?

AC: The idea of pride. Rocky being a former champion but it’s hard once you’re no longer physically able to compete in the ring. We wanted to talk about identity with Adonis and the idea of using the Creed name or not. I don’t think Creed stands far apart from the rest of the movies. I think maybe there’s more of the father-son dynamic even more than the Rocky-Mickey relationship. But overall it’s about trying to make your name, being a champion, being a man and mostly family.

It’s funny because I think the beginning of this film is the furthest Rocky has been from boxing and he’s brought back to it. If you love something let it go…

PCS: I think the family dynamic is what has brought people back to these movies time and time again. It gives them something to relate to and what makes these movies resonate so much with us. I’ve actually heard the word “Oscar” thrown around about this movie from some early reviews, how exciting is it to have something you worked on be mentioned in that capacity?

AC: The response has been great overall. Oscars are great and hearing people respond to it and being in the theater and seeing an audience react to the movie. I mean I loved Compton because we were in the theater and it felt like we were participating in the film. I think people feel like that with Creed as well. You’re a part of it while you watch, not just an observer.

PCS: I think another reason why this franchise has meant so much to so many people is the underdog aspect of it. That really goes a long way in allowing people to, as you just put it, feel like they’re a part of it. Is the underdog story one of those classic Rocky themes that will be present in Creed?

AC: Yes. 100 percent. Adonis has felt like an underdog his whole life. He’s still trying to figure out where he belongs. At the beginning of the film I mean. Rocky of course is the ultimate underdog and consistently overcomes the odds. It’s no different here.

PCS: Well speaking for both of us, we’re really excited to check out Creed in theatres and I’m sure we’ll be anxiously awaiting for another collaboration between the two of you. Thanks a lot for your time Aaron!

AC: I can’t wait for you guys to see it. Thanks for reaching out too.