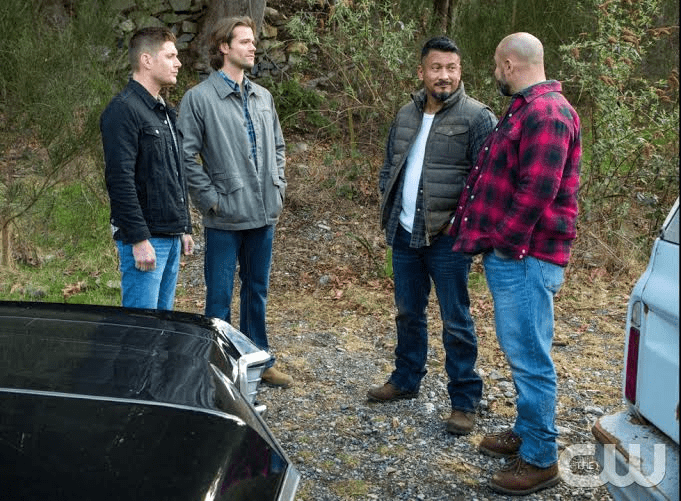 Supernatural finally came back this week after another random hiatus. This show seems to take a lot of these little breaks, and I would very much like them to stop. Not really sure that they care what I think, though,  so let’s forget I said anything and get down to business.

At first I was distraught that Supernatural made me wait three weeks just to not tell me anything about Amara or Casifer. I was annoyed at the prospect of yet another random filler episode. HOWEVER, that all changed once the episode began and I saw just how fantastic it was. One of my favorite things about this episode was the monster the Winchesters were hunting. They had a couple of names throughout the episode including “Chitters” but I prefer to call them what they really are: zombie sex monsters. Do I need to repeat myself? Sam and Dean had to deal with zombie sex monsters this episode, which I don’t need to tell you is amazing. The writers on Supernatural never cease to amaze me.

As I’ve said many times before, Supernatural always has great supporting characters in episodes like this one, and this week was no different. Rather than Sam and Dean conveniently finding out about the monsters they are tracking from a Men of Letters book, they get help from some friendly Hunters. It’s always cool when we get perspective from other hunters on the show, but these guys were even better because they were the first gay hunters that Sam and Dean have come across. They were really well written, and I love that Supernatural is willing to put characters like them on the show when so many others shy away from it.

There was a plethora of great writing in this episode to the point that I was really drawn into the show more so than I have been lately. I found myself deeply caring about what happened to other people besides just Sam and Dean. There was one scene in particular with the retired sheriff that really showed the writers can excel at anything. His monologue about losing his daughter to the zombie sex monsters was heart-wrenching to say the least.

Even though I was scared I would hate this episode of Supernatural, it turned out to be one of my favorites of the season so far. I can’t even be upset about getting left in the dark about Amara and Casifer if they continue to churn out superbly written stories such as this one. Now, I apologize that this review is a little short, but the Warriors are about to come on, you understand, right?