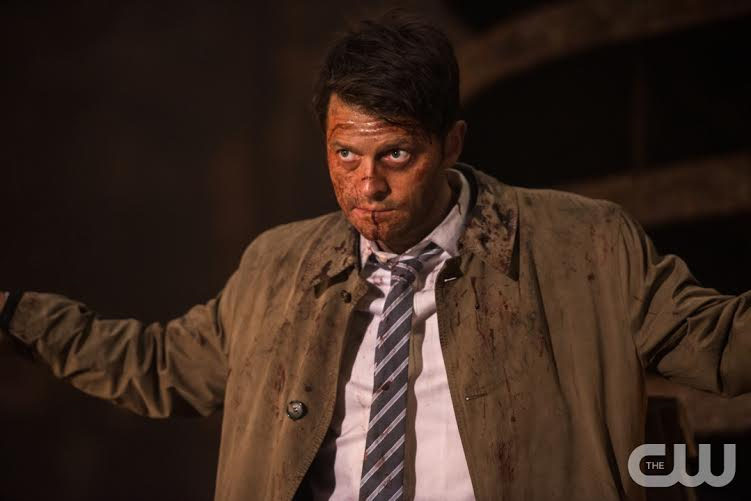 Supernatural has been pretty much hit or miss so far this season, but the hits have been big ones. This week’s episode was no different and was one of my favorites from the season so far. There are only a few episodes left and numerous big stories to conclude, so it’s safe to assume they will just keep getting better.

My favorite thing about this entry of Supernatural was that it was fairly simple. There wasn’t much going on so it didn’t seem too busy or confusing. This simplicity is what allowed the writers to excel at packing on the intensity when needed. The opening scene with Dean confronting Chuck about all of the terrible things he has allowed to happen over the years was superb and I may or may not have thought about crying a little. Dean was crying as well, though, so am I really less of a man?

Chuck is perfect as God because he has just the right amount of arrogance in him for you to believe that he created, well, everything. In this episode he was almost unlikable which is important for a character like his. He is also super funny, which makes him a perfect character for Supernatural. That’s actually one of the many reasons this week’s episode was excellent. It had the right amount of lightheartedness mixed in with the intense drama.

We quickly learn from Metatron that Chuck is going to sacrifice himself to Amara for the greater good of humanity. Dean, however, is not good with this and confronts him about it. In this scene we get what is perhaps the most backwards, hypocritical thing that Dean Winchester has ever said. Dean says “I don’t understand how dying is a blueprint for success.” REALLY? Dean Winchester doesn’t understand the idea of someone sacrificing themselves for what they think is the greater good? Dean is literally the master of sacrificing himself when he doesn’t have to. How he doesn’t see the irony I will never know, but all that aside he is unable to convince Chuck to fight on their side.

Their next genius plan is to rescue Casifer from Amara and just hope that he and Chuck will work out their differences to fight The Darkness again. At first it seemed like a dumb plan, but then it just seemed like a typical Winchester plan. Which, truth be told, isn’t necessarily a bad thing.

In this case it wasn’t their best plan because they manage to free Casifer but only get about a mile away before Amara catches them. This is after she kills Metatron during his valiant effort to buy them time. I felt kind of badly for the guy even though he’s been nothing but a douche since he was introduced to the show. Sam, Casifer, and their new scribe of God friend almost meet the same demise as Metatron until Chuck zaps them back to the bunker, Baby and all.

The tension between Chuck and Casifer is palpable in this scene and I can’t wait to see how they interact with each other in the remaining episodes. I also hope they separate Castiel and Lucifer soon because I’d like some more Cas in the show before this season is over.

I’m sure that the interactions with Dean and Amara aren’t over with yet, either. I still feel like Dean is going to end up screwing something up royally in the fight against God’s sister. He’s already admitted that he can’t resist her, and this will definitely come back to bite everyone in the ass.

It seems like they are trying to wrap everything up before the season ends, but I honestly wouldn’t mind if they took these characters into season 12 as well. They are all deep enough to carry the show for another season if necessary. Although this season of Supernatural has had a couple dud episodes, it has been one of my favorite seasons of the show and I can’t wait to see where they go from here.