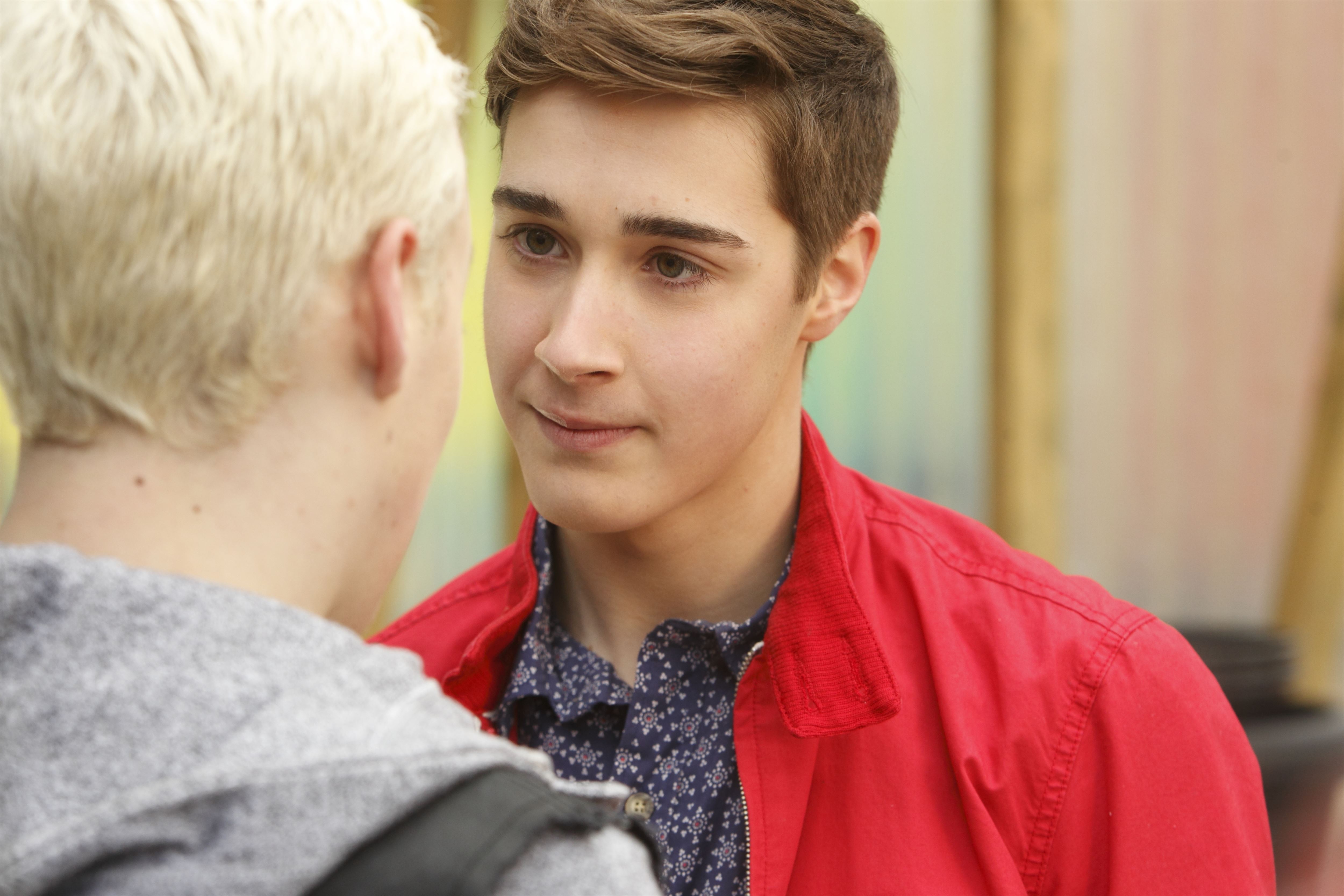 Many comedies rely on implying a character is gay for laughs, but It’s Always Sunny in Philadelphia pushed this trope to give us a complicated closeted gay character. You don’t laugh at Mac because the idea of a character being secret gay is funny, you laugh because he’s painfully lost and while the story is hyperbolic, in some way you feel like you’ve been there.

Sophia was locked in solitary this season. She was still fighting and there were some truly gripping moments, like when she received communication from Jane Ingalls.

This year, Jamal struggled with PTSD while attempting to keep his family together and get them to move past violence. His noble attempts to get his family to be better were very sympathetic.

This season, Orange is the New Black gave its most likable character a sweet love story and hope for the future in the form of a job offer from her hero Judy King. Then, other stuff happened.

Zoe’s storyline this year was all about her fear of admitting that she’s a lesbian. She forced herself to date Winston and kept her struggle to herself until it manifested in the form of self-harm. The story showed the tragedy of denying who you really are.

Season two of Supergirl— and the fan reaction to it– show that coming out stories are still important. Alex’s struggle to say the word “lesbian” reminded me of Ellen Morgan’s coming out storyline on Ellen in 1997. But, this storyline didn’t feel at all retrograde. It was a vital reminder of how people still struggle to accept themselves. Similarly, the scenes of Alex receiving support from her family weren’t cheesy, they were cathartic and extremely needed.

Even in a disappointing season, Suzanne managed to shine. Her awkward relationship with Maureen Kukudio was fantastic and the flashbacks to the crime that landed her in prison were heartwrenching.

Alec’s storyline felt like a breath of fresh air. Sure, he struggled quite a bit with his identity. But, there was also so much hope, from the support he received from his sister Izzy to the immediate spark he had with Magnus. Right out of the gate Shadowhunters focused on its gay storyline in a way that most shows refuse to.

Sara was always great on Arrow, but she really came into her own this year when she became a lead on DC’s Legends of Tomorrow. She struggled with feelings of being a monster, while taking up the mantle of captain of the Waverider.

7. Annalise Keating (How to Get Away with Murder)

This was Annalise’s year of “we’re good people now.” The addition of her running a pro bono clinic was a nice change that allowed for different types of procedural storylines. Meanwhile, we got to see more of her backstory and her complicated relationships with her students.

Last year, Titus proved to be one of the funniest characters on TV. This year, we saw new dimensions to him when he began his relationship with Mikey Politano. It was his first real relationship in a long time and the sweet awkwardness of it made Titus more endearing than ever.

Pam has been one of the funniest, most unique characters on TV for so long it’s easy to take her for granted. But, she continued to amaze and surprise me with her brazen confidence and quirky charm in Archer‘s latest season.

The always fun Ilana had more depth than ever this year. In particular, her break up with Lincoln Rice showed us her truly vulnerable side for the first time and it just made her better.

This year, Ray continued to be hilarious and an incredible role model, but we also got to see more flawed vulnerability from him. The exploration of his stubbornness, the ups-and-downs in his marriage, and the evolution of his friendship with Jake Peralta into something where they’re more like equals were all great to watch.

In its seventh season, Shameless and especially the character of Ian are still entertaining and full of depth. Ian had some fantastic moments as the show explored his life with bipolar disorder, multiple romances and, of course, his relationship with his family.

It was incredibly satisfying to see bisexual human disaster Miles Hollingsworth become, for the most part, a responsible and happy person this season. His relationship with Tristan Milligan was very sweet, but his best scenes came from the way he supported and helped his younger siblings.