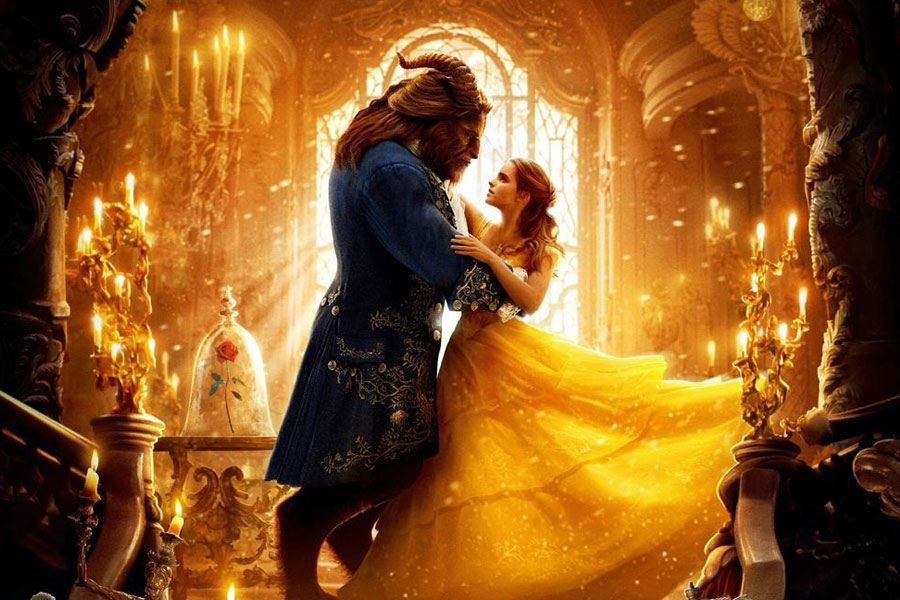 Beauty and the Beast continues the trend of turning an animated Disney classic into a live-action movie. Director Bill Condon takes on the difficult task, and is joined by a wonderful cast, including Emma Watson, Dan Stevens, Luke Evans, Kevin Kline, Ewan McGregor, and Emma Thompson. This tale of a prince-turned-beast who falls in love with a young woman is a beloved story that was popularized in the Disney animated version back in 1991.

If there’s anything to brag about this film, it’s the set pieces and costume design. Visually, this film is vibrant and grand. The characters that were turned into inanimate objects are very reminiscent of the original designs, and they come off as very nostalgic. The whole film actually plays off the love for the 1991 version, and is about the same, story-wise, with a few additions to make it fit into this generation.

The fluidity of the film suffers from unnatural transitions into song. The singing and performances of the pieces were fantastic, but they never really added much to the flow of the story. When someone breaks into song, it didn’t feel natural, and often times didn’t feel like an extension of the characters’ emotions.

Emma Watson makes a wonderful Belle, and her performance of the classic songs were great; however, it never felt like Belle fell in love with the Beast. That’s kind of important. The way the development of the relationship is portrayed seems a bit rushed, and kind of falls flat. Dan Stevens as the Beast, turns in a solid performance as well, and the CGI face breathes life into the Beast.

Ewan McGregor, playing Lumiere, and Ian McKellan, playing Cogsworth, both portray their characters rather well. Luke Evans as Gaston is another highlight, and he’s just as outlandish as his animated counterpart. Josh Gad also added some humor playing Gaston’s sidekick, Le Fou, who is appropriately modernized for this generation.

The cast is simply working with a script that feels bloated with additional songs and more backstory. There are a few times where you might look at your watch, as the film will take its time with some scenes that don’t add much to the story.

Beauty and the Beast is a solid effort to turn a Disney animated classic into a live action movie. The film follows the story of the 1991 film very closely, but the spirit doesn’t translate completely. The nostalgic feeling can only do so much, as the film never becomes something of its own.