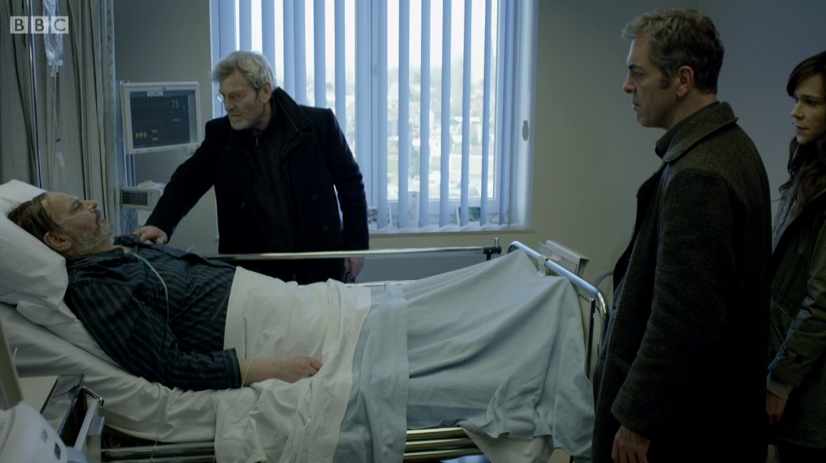 The Missing, what have you done? In my last review of a series that gripped its audience with tension, suspense, and sadness, I write with a heavy touch of disappointment in how Tony Hughes and company left us. The finale was supremely acted with performances that should ensure an award or two for James Nesbitt, the actor who played Tony, but the plot lines and overall direction of the show are where I’ll pick my gripes.

This episode starts oddly. In Russia, an unidentified man treks through ceaseless snow. He approaches multiple children, perhaps teenagers, who flee upon seeing him. The camera then focuses on a drawing placed on a window. It’s the famous big-eared caricature Oliver drew in childhood. This marks the first misstep in The Missing‘s finale. By showing this drawing, we’re possibly duped into believing that Oliver was one of these teenagers. Sure, kids evolve and likely don’t duplicate artwork drawn in childhood, but the plot point seems to offer a hopeful direction. Maybe he was trafficked after all and he’s been held in Russia all these years.

More on the man in the snow later. That coin from last week, the piece of evidence Ziane kept and gave to Malik, it belonged to Alain Deloix, owner of the hotel where Tony and Emily stayed. Second plot misstep. The Missing decided to make a wholly irrelevant, a completely background, a largely unknown character into its prime villain. What an error. Upon realizing the coin belongs to Alain, Tony and a band of truth seekers pursue the dying man in the hospital. Why is he a villain? Because he revealed the truth. The painful, unsettling, truth.

A heavy drinker who acquired his coins under the lie that he’s been maintaining sobriety, Alain boozed heavily the night Oliver’s incident occurred. Alain opens up to Tony and Emily after being pressed, but we don’t actually hear him tell the truth. The show cuts back to a play-by-play view of the past and we’re to assume this is precisely what Alain’s revealing in the modern day hospital. After getting indiscriminately hammered and watching the World Cup, Alain decided to drive drunk. Meanwhile, Oliver wanders away from Tony because of a fox sighting.

Third plot misstep. Okay, Oliver’s favorite animal is a fox, but would a mild-mannered child who loves his father drift so far, so aimlessly, away from Tony? I don’t buy it. Nevertheless, Oliver walks away, goes up a minor hill, hops a fence, and walks into a street. Predictably, the drunk Alain barrels down the road and smashes Oliver with ferocity. The boy flies a great distance and appears lifeless on impact. Panicking, Alain calls emergency services, but ultimately takes the cowardly route. He doesn’t document the emergency as he instead opts to place Oliver in his trunk.

This is where The Missing becomes crazy. Overly complicated. Unnecessarily detailed. Call it what you want, but The Missing terribly mishandled Oliver’s assumed death and its aftermath. Alain calls his brother, who of course is shown to be Georges Deloix, the modern day mayor, the investigator of the past. Georges was apprehensive at first as he didn’t want to become involved in Alain’s mess. He ends up making a series of calls though and giving his brother an elaborate way of escaping trouble.

Fourth plot misstep. This entire mishandling of Oliver bothers me on so many deep, troubling levels. The whole show, we’re pointed into a trafficking and kidnapping direction. The Missing ends up with a fat drunk and his hapless brother of power being responsible for what happened to Oliver. Not exactly what audiences had in mind. I envisioned Tony and Julien eliminating some evil-doers, predictable, sure, or at least a clear resolution that made logical sense. I’ll never buy how far Oliver wandered and the lengths he took just to follow a fox. Then, simultaneously, the drunk Alain aggressively pounds down the road the exact moment Oliver steps into the street? No thank you.

In a desperate attempt to cover up the accident, Georges has Alain drive his car to a house where no one’s staying. It’s that house we witnessed earlier in the series where Oliver drew his big-eared caricature. Since Oliver’s assumed dead, Georges calls a Romanian criminal figure to dispose of the body. The problem? Oliver’s not dead. He escapes the trunk and pounds on a window upstairs. The man snatches Oliver and from there, things become extremely sad. The Romanian figure has been called to dispose a body. Now he has a fully alive, functional kid. We don’t see what happens, but the man tells Georges that it has been taken care of, that Oliver is dead. Not seeing a body does leave doubt though.

Meanwhile, Vincent Bourg kills himself. Let’s just throw that out there without beating around the bush. His body rejects his treatment and he feels hopelessly stuck with his sexual desires toward children. Vincent leaves a suicide note for his mother and hangs himself in his apartment. No matter how evil, how sick, how wrong a person might be, suicide is a grim and ugly circumstance. Seeing Vincent hang from the ceiling, his feet still swaying side to side even after death, was a horrible image to say the least. Another suicide occurs later. After Tony and company talk with Alain, police forces go to Georges. Rather than accept his arrest, Georges, like Vincent, kills himself.

Other details are Emily marrying Mark, Julien’s daughter entering rehab, Ian being proved to have absolutely zero to do with Oliver’s disappearance, and one more big one. Tony, still attached to the mere possibility that Oliver hasn’t died, is revealed to be the aforementioned man in the snow. He’s chasing wind. He’s pursuing ghosts. That’s my perspective. Even though we didn’t see a body, I presume Oliver was killed in that house, disposed of, and nothing more. But a father’s guilt and commitment can’t be questioned. Tony confronts a young boy with the drawing, thinking the kid is Oliver, but is taken away by police. Apparently, Tony has being going town to town in hopes of discovering Oliver somewhere in Russia. His tortured face in the back of a Russian police car is the last picture The Missing offers us.

So, in the end, we receive some closure, but not enough. And we don’t receive satisfaction. Oliver has likely been killed, so any hope of happiness is dashed, and even a clear understanding of his death isn’t presented. Then Tony, the driving force of the series, has a depressing ending. No happiness or closure for Tony. Just a lost soul chasing a ghost in Russia. To those of you who have read, and hopefully enjoyed, my weekly reviews of The Missing, thank you. Even with the disappointing finale, the show was a definite success and its been a treat to cover it. See you for Season 2. 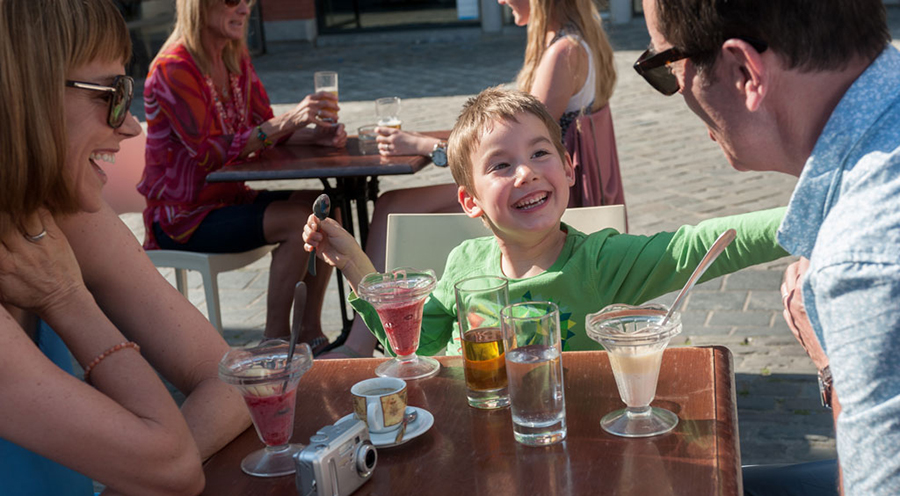