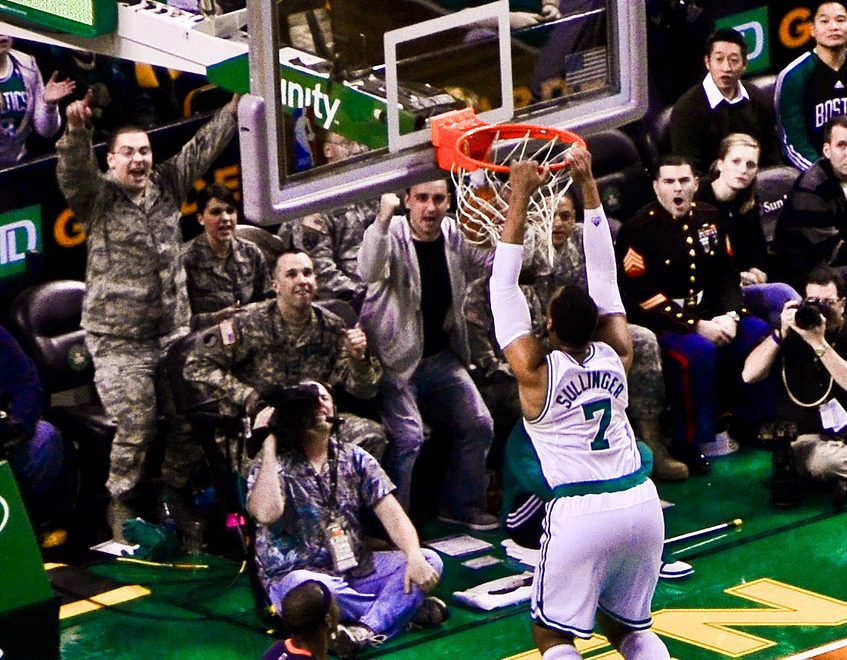 The 2016-17 season is going to showcase a vastly different climate during NBA free agency due to the massive increase in salary cap. Thanks to big business, money, and TV contracts the salary cap will spike to roughly 94 million, growing mightily from the 70 million of season’s past. With the salary floor looking to be around $85 million, teams will be finagling max contracts and pairing them with bargain buys to ensure that the league won’t reclaim any of their respective, precious cap money. Taking all of this into consideration, superstars will be receiving unprecedentedly high contracts in the realm of 30 million with supporting lead roles receiving 22 to 26 for their part in the big show. Undoubtedly this will create a market for high value talent sold on the cheap-cheap, so that gaps can be filled in while big names get that mega money. Here are some potential free agency bargains for next year’s NBA season that are likely to add high value for low cost.

1. Maurice Harkless: The small forward for Portland is a restricted free agent this summer and is looking to remain with the Trail Blazers for the foreseeable future. His current salary is $2,894,058/year. Averaging about six points and four rebounds in the regular season, he will most likely re-sign for a similar price with a slight increase, making him a high value player at low cost, especially for Portland. And regardless of his regular season stat line, he was a bright spot off the bench for the Trail Blazers, particularly in the playoffs. His minutes were upped from 19 to 25 and he elevated his game to 11 points, five rebounds, and a steal in all 11 postseason games that he played, all of which he started in. Harkless is an energy guy with 7’2” wingspan that can cause much disruption on the defensive end. Not to mention he’s a clearly intelligent man who appears to be a noble and honorable teammate with a budding jumper that looks to develop alongside his blooming career. Although Portland would be wise to keep such a solid piece, many teams will be on the lookout for an inexpensive addition like Harkless, who has proven his loyalty and tenacity down the stretch. Even if a team pays him double last season’s salary, with the cap increase and more importantly with what Harkless can do for a team, he’ll be well worth the price.

2. Malcolm Delaney: The versatile guard out of Virginia Tech is looking to make his NBA debut after having quite a successful career overseas. Delaney plays both the 1 and the 2 very efficiently and has a fluid and extremely athletic game. He’s well seasoned at this point having played for one of France’s top professional leagues, the Ukrainian Super League along with Russia’s Lokomotiv-Kuban. His salary’s fluctuated over the duration his career but his latest offers, particularly from Barcelona, have promised around $5,000,000 for a two-year contract which would most likely create a market value of about 2.5 million a year in the NBA, maybe a little less. Malcolm, since leaving the U.S. in 2011, has made the All-Euroleague First Team in 2013 and 2016, won two MVP awards with Germany and the Ukrainian league, as well as a German title in 2014. Needless to say the 27-year-old guard has developed some serious leadership skills and can bring a wealth of talent and maturity to many teams in the NBA. The Nets and Rockets have both shown interest and it’ll be exciting to see what this untapped talent will do once resettled back in the states. With a professional stat line averaging about 31 minutes per game, 3.5 rebounds, five assists and 19 points, Malcolm Delaney will be a supreme addition to any team that’s willing to take a low risk for a seemingly, very high reward. 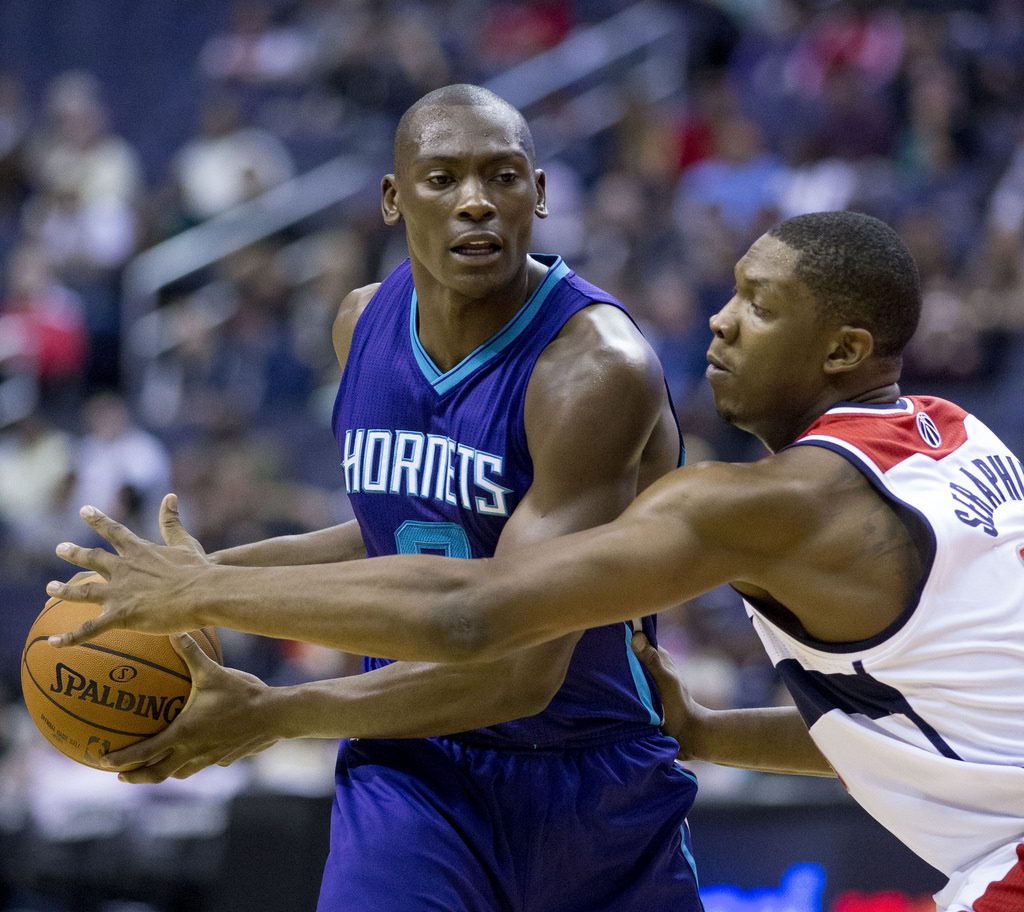 3. Bismack Biyombo: There’s no question that Bismack Biyombo will be one of the most sought after centers in free agency this summer. Aside from his refreshingly joyous demeanor, on and off the court, Biyombo is 6’9”, 245 lbs and is still fresh with energy at 23-years-old. His potential could reach as high as that of becoming a franchise 5, for either Toronto, or any other team that is willing to make a mid-level investment for what could be an incredible payoff. If you watched any of his postseason performances, his endearing, childlike joy dazzled the fan base while his powerful presence down low sparked the Raptors’ playoff showing immensely. Elevating his line in the 20 games played during the playoffs, ten of which he started, Biyombo averaged 9.4 rebounds, 1.4 blocks and 6.2 points at 23 minutes per game. His current salary is $2,814,000 and he’s already exercised his player option to opt out, making him an unrestricted free agent. Although teams will likely offer him six times his current annual salary, potentially more, his value still remains high for the price, as he can be a fundamental piece for an organization in need, for many years to come. Toronto will have some serious finagling and negotiating of cap space in order to make room for DeMar DeRozan and Bismack Biyombo, and being that DeRozan will be the priority, it’s quite likely that we’ll see the loveable big man emerge in the states for the 2016-17 NBA season.

4. Jeremy Lin: The Charlotte PG has declined his $2.2 million dollar contract for the coming year and will test the waters as an unrestricted free agent. He averaged 11.7 points, 3.2 rebounds and three assists during the regular season and proved to be quite a useful addition when Michael Kidd-Gilchrist was sidelined. His postseason numbers were consistent of those in the regular season. Regardless of his fluctuating play throughout his career, he was very good for the Hornets when he took the floor, even when sharing the backcourt with Kemba Walker. Many teams could use a veteran point guard, including Charlotte, but with teams like Philadelphia being heavy on his radar, he’ll seek out a long term, higher paying contract than the one he was offered by the Hornets before the start of last season. And although he’s been paid big money in the past, he should still be a relatively cheap acquisition for whichever team chooses to pick him up, particularly because of inconsistency and team movement.

5. Dwight Powell: While the 6’11” power forward is still developing his game, his age (24), size, and production for minutes played on the court this past season make him an incredibly budding prospect in free agency. Some things to note are that his free agency status is that of restricted, however his salary is that of only $845,059 per year. His numbers were solid last season averaging about six points and four rebounds in just 14 minutes while grabbing 4.3 boards, an assist, and six points in 16 minutes during the playoffs. He’s incredibly athletic for a guy of his size and being that he’s still very young he’s got great potential to add vastly to his game; create a long distance shot, polish his jumper and develop into a more physical player. Whether he goes to another team or Dallas matches an offer, even if it’s four times what he makes now, he’ll prove to add high value at a low cost.

6. Jared Sullinger: A restricted free agent coming off an impressive year, including a productive stint in the playoffs, Boston may have to match a much higher offer to keep Sullinger in a Celtics uniform this offseason. The NBA is riddled with teams that can use strong, authoritative big men who can shut down the tougher, larger centers/forwards in the league, but can also rebound aggressively, score and distribute the ball. We are starting to see a resurgence of traditional power beneath the basket, which makes guys like Sullinger, who can defend against them, as well as be productive in all the skill areas mentioned above (and do it all with consistency), a hot commodity. Although Jared’s play has room for improvement, rim protection and conditioning to name a few aspects, he’s worth more than $2,269,260 a year and that’s clear. Coming off a stat line of 10.3 points, 8.3 rebounds, 2.3 assists and a steal in 23 minutes of play last season, of which he played 81 of 82 games, starting in 73, it’s obvious his value is worth much more than the figure shown above.

7. D.J. Augustin: The Denver point guard is an unrestricted free and will most likely be looking for a boost in his previous figure of $3,000,000 per year. Averaging 11.6 points, 4.7 assists, a couple of rebounds and roughly one steal in 23.5 minutes of play after being traded to the Nuggets this past season, a pay raise seems reasonably justified. Augustin has been in the league for quite some time now and let’s face it; he’s a good player. He always scores. He’s not the brightest star in the NBA skyline, but he’s athletic, quick and has always managed to shine amidst heavy movement. If he could land a two-year deal at $12,000,000 it’d still be a bargain buy for a team in need of a proven scorer and veteran ball handler.