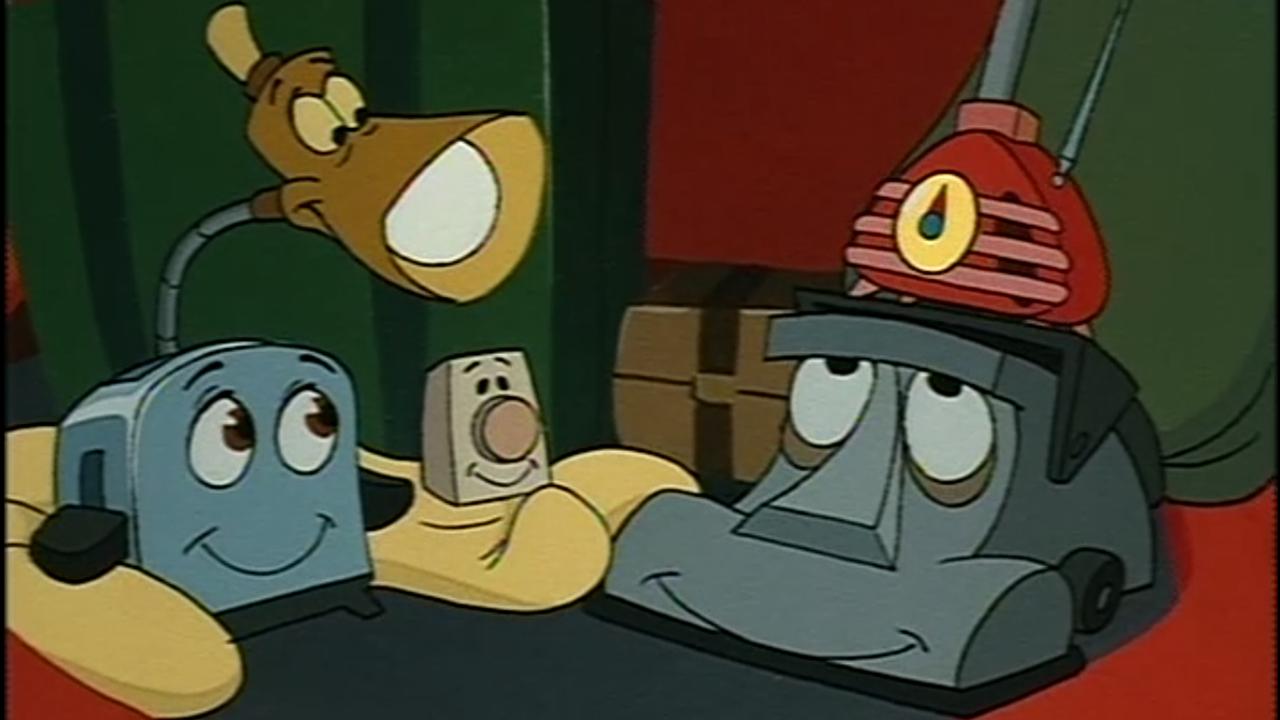 I don’t so much as have memories from my childhood as I do have memories of stories from my childhood. My memory has gotten so bad in my old age of 23 (ha, fifty should be fun) that I have this theory that I was actually created in a lab and then brainwashed to think I have memories from before the age of nine. For example, I clearly remember being told The Brave Little Toaster was one of my all time favorites, but did I actually remember the plot of a movie that I supposedly loved so much I watched it multiple times in a row? Nope.

Now that I’ve watched it again, I’m completely convinced that Pixar stole the plot of The Brave Little Toaster for Toy Story 3 because it’s basically the same movie, except slightly more depressing (as if that were even possible) and with appliances instead of toys. I wasn’t alive for the ‘80s but they seem like they were a weird time for film.

Here’s the plot of The Brave Little Toaster for your comparison: After all the toys appliances get left at a cabin they are led to believe that their master doesn’t love them anymore – Side note; the use of the word “master” gave me the heebie jeebies for the first thirty minutes, but after a while actually started to seem more normal and less Stockholm Syndrome-y. Told you the ‘80s were weird.

The toys appliances then go on an adventure to find their master, who it turns out is just going to college and wants to take them with him after all! This is where it takes a quick detour into Toy Story 2. After almost dying in a pit of quick sand some balding middle-aged man finds the toys appliances and takes them home to ‘save’ them. Aka take them apart and sell them for parts – some real horror movie shit right here.

After a twist of fate, however, the toys appliances end up in a junkyard and are just about to die/be fed to the trash compactor when master saves them. The appliances don’t have hands like the toys do, but I’m certain that if they did they would have been holding them at this point of the movie, eliciting the same incoherent sobbing as Toy Story 3, which is a PERFECTLY NORMAL REACTION.

Of course, there are a few differences between the movies, since they were for similar demographics, and Pixar had to be smart so that no one would notice (except me of course). The Brave Little Toaster, unlike Toy Story, is a musical, which I definitely did not remember. This is probably for the best, because the songs were the complete opposite of bangers; the one that takes place in the junkyard is called ‘Worthless’.

The Brave Little Toaster is also notably darker and less-children friendly than Toy Story 3 – as if a song about how worthless they all are wasn’t already a clear indicator of this. Toaster has a horrifying nightmare in which he is set on fire and a clown fireman chases after him (and my parents don’t understand why I never liked clowns). More life-scarring, however, is when Toaster later sacrifices himself to save his master by jumping into the gears of the trash compactor. For a whole two minutes children are led to believe that their favorite anthropomorphic toaster has died.

Slightly less depressing, but still kind of fucked up, is how mean everyone is to Blanky. The poor thing is in the midst of a serious bout of depression due to all the abandonment, and everyone tells him to grow up and quit being such a baby. Not even Toaster will cuddle him at night. I feel you Blanky. Later Toaster finally starts being nice to Blanky, which causes Lampy (who, in case you’ve forgotten is the king of puns) to imply that Toaster is in love with Blanky or something? I don’t know but it was weird.

To be honest, the whole movie was slightly weirder than I remember it being. Like, Toaster kills a flower at one point by breaking its heart? But it was still totally adorable, even Kirby can’t deny that. Oh, and I can’t wait for Toy Story 4 to come out, and completely rip off The Brave Little Toaster Goes to Mars. That’ll be fun.