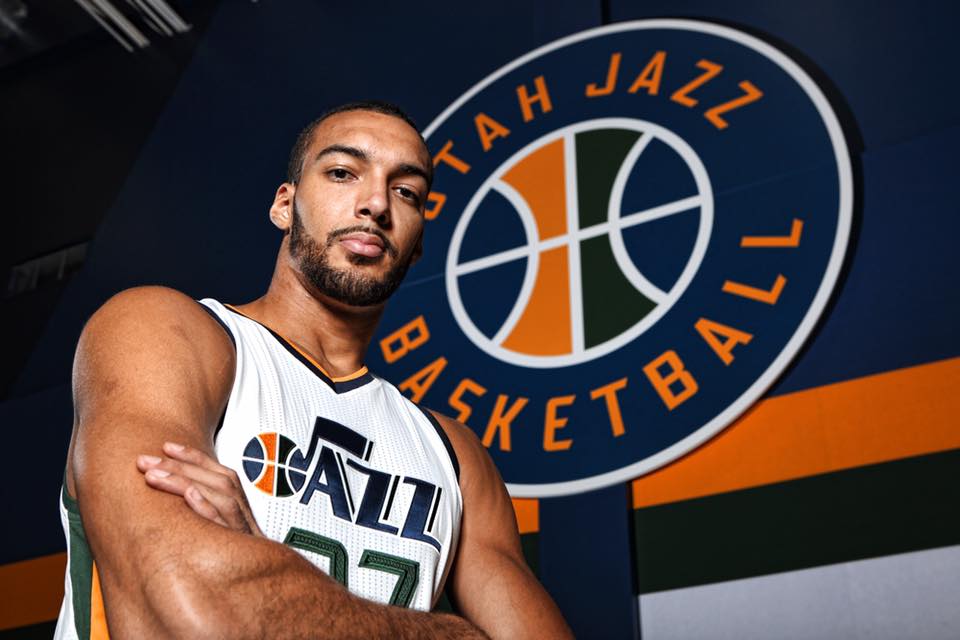 How’s it going? Long time no talk! I’m sure you know me, so there’s no need for a formal introduction. I have a 24 year track record of being a good boy each year and I’m sure that streaks like that are quite rare (I work in an elementary school these days, so I know firsthand that kids can easily find themselves on your Naughty List without much provocation). Just in case you needed a face to go with my name, I found this picture of me as a 5th grader dressed up like you for a school play. 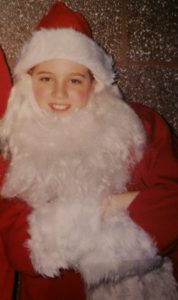 So listen, I know you must be super busy since we’re about a week away from your big voyage around the world, but I’m here today to run back a certain kind of list I’ve penned to you a few times in the past. It’s an NBA Christmas List … a dozen requests that would benefit not just me, one of the 99 percenters who dives into NBA League Pass each and every night, but for all NBA fans too. I’m not so selfish that I’m only looking out for myself. Maybe that’s part of the reason why I’ve ended up on the Nice List every year since I was born. Anyway, I don’t want to waste anymore of your time.

#1: I want an endless supply of NBA tickets and a private jet that will fly me to any game that I want whenever I want

-Alright, so not all of my requests are entirely unselfish in nature. I think it goes without saying, but I would also need a personal pilot for said private jet. I know you’re a magician on that sled, so you might not understand this, but I don’t know how to fly any sort of aircraft. I can’t even roller blade.

#2: I want NBA teams to introduce alternate jersey’s that are a tip of the cap to other pro sports teams in their city

-There’s no shortage of alternate jerseys floating around the league, so there’s no reason why there should be any opposition to introducing a few more. Wouldn’t a Miami Heat alternate that includes some Dolphins teal along with the Black and Red look incredibly dope? How about if we put the Knicks in some Yankees-esque pinstripes? Go ahead and sign me up for the 76ers wearing the same style shorts that Apollo Creed passed on to Rocky Balboa, and then Rocky Balboa passed on to Adonis Creed. My personal favorite: throw the Timberwolves in some purple uniforms. No, not as a nod to the Vikings … rather, in tribute to the late great Prince. They can even wear Raspberry Beret’s during warm-ups.

Anyway, I would have loved to put together some sample designs for these jersey ideas, but when I was in 8th grade I drew a self-portrait in art class that was so bad my Mom laughed at it when I brought it home. So I scrapped that idea.

#3: I want control of the College Football Playoff

-Whoops! How did this get in here? This isn’t an NBA request! Ah well, since I already brought it up, I might as well elaborate (sorry, DV). Look, I’ve harped on the college football postseason at length a number of times. I know some people are perfectly content with a four-team Playoff. I know others are surely still sour that we are living in a where a Playoff and Bowl Games have been combined. Then there are folks like me who would appreciate a slight expansion of the College Football Playoff.

Wait, do I hear people saying, “This wouldn’t work, that’s too many games for these collegiate athletes!” How about these powerhouses stop scheduling the cellar-dwellars of the Sun Belt Conference early on in the year and we just reduce the regular season schedule to eleven games instead of 12? What college football fan is complaining about that?

Wait, do I hear others saying, “That’s too many games in the postseason now! There are already too many!” This is an all-too-simple fix. Do you realize that tomorrow (Saturday, December 17th) there are five bowl games which feature the UTSA Roadrunners, New Mexico Lobos, Appalachian State Mountaineers, Toledo Rockets, Arkansas State Red Wolves and Louisiana-Lafayette Ragin’ Cajuns? Do you realize that there are a whopping twenty teams playing in bowl games that have won either five or six games this year? Do you understand that if played the first round of a theoretical College Football Playoff on the opening Saturday of Bowl Season, that would mean we are removing eight of those twenty five or six win teams from playing in Bowl Games? Do you realize how much more money could be made under an eight-team Playoff, and how much better the game would be if Washington and Penn State were playing in the AutoNation Cure Bowl instead of UCF and Arkansas State?

Anyway, Round 1 would be the opening Saturday of Bowl Season (Alabama/Western Michigan, Washington/Penn State, Ohio State/Michigan, Clemson/Oklahoma are our 1st Round match-ups). Round 2 would be either New Years Eve or New Years Day, just like the Final Four is now. The Championship Game would be played on the second Monday of January. You’re welcome, guys. I just fixed the College Football Playoff once and for all. Again, sorry DV.

#4: I want control of the NBA Playoff Match-Up’s

-This is what I meant to say. I want control of the NBA Playoff match-ups. Here’s what I’m thinking.

In the Eastern Conference, let’s run back an underrated Cavaliers/Pistons match-up from last season in the 1/8 spot. Celtics/Knicks would be a wildly fun 4/5 match-up with tons of historical relevance, the natural Boston/New York rivalry and a the debut of Playoff Porzingis! Hornets/Bulls might not look like the sexiest series, but the “Michael Jordan returns to Chicago” stories would be worth it, plus we’d get to see Kemba Walker, Dwyane Wade and Jimmy Butler trade crunch-time daggers. Finally, a Raptors/Bucks match-up in the 2/7 spot would be super feisty, plus it would be the first full-blown Playoff Giannis experience, and that’s even more exciting than Playoff Porzingis.

In the Western Conference, I opted to sacrifice the Timberwolves to the Warriors in the 1/8 pairing, simply because I want to see Towns, Wiggins and LaVine getting Playoff reps. Thunder/Rockets would be a delicious 4/5 showdown, ensuring that either Westbrook or Harden gets a shot at his former Thunder running mate Kevin Durant in Round 2. A Clippers/Grizzlies in the 3/6 pairing would be some sort of symbolic, “Alright, the window is finally closed” series, and a healthy Grizzlies team could give the Clips a run for their money. Finally, a Spurs/Jazz match-up would offer plenty of intrigue to NBA diehards, and almost nothing of value to the casual fan. Good thing we’re the diehards.

#5: I want the NBA schedule to include an all-day marathon on Black Friday

-The NBA has made Christmas Day and Martin Luther King Jr. Day their own, so why not take ownership of Black Friday too? The schedule already features afternoon games on Black Friday, so why not offer some intriguing match-ups, put some additional resources into the slate, and put those games on national television? There are a few college football games the NBA would have to contend with, but nothing major. Just put the word in to Adam Silver … use the Christmas Day schedule as a model (games at 12 pm, 2:30 pm, 5 pm, 8 pm and 10:30 pm) and show him a few tasty match-ups, and I’m sure he’ll bite. Either that or this is something Silver has considered before and thought nah, let’s not televise these games when dudes are playing with a bellies full of turkey and stuffing and pie and adult beverages.

#6: I want to see the return of the New Orleans Jazz

-I don’t simply want a relocation or a name-swap … I want a merger between the two rosters. Move the Jazz back to New Orleans, drop the Pelicans nickname altogether (I’m still pissed they didn’t take my suggestion of “Bayou Ballers”) and combine the two teams. Wouldn’t the current version of the Jazz be the biggest contender to the Warriors in the West if Anthony Davis suddenly appeared on their roster? They’d be better than the Clippers, Spurs and Rockets, right? They’d at least be on the same tier as those three teams. Can’t the league put any and all resources required into making this happen instead of focusing so much time and energy on the Rising Stars Challenge during All-Star Weekend?

#7: I want to change the NBA All-NBA selection criteria

-Do we still need to reserve a spot for the traditional Center on the three All-NBA rosters in today’s NBA when you have dudes like LeBron James and Giannis Antetokounmpo who are playing some hybrid position that merges the traditional jobs of Point Guards, Small Forwards and Power Forwards? We have 6’8 small-ball “centers” like Draymond Green, guys that are actually the size of traditional Centers like Anthony Davis, Karl-Anthony Towns and now even Marc Gasol launching three’s? Isn’t there a better way to capture who the five (and then ten, and then fifteen) best players in the league were? I know this, and I say it with all due respect to the man, but DeAndre Jordan wasn’t one of the five best players in the league last year even though the All-NBA Teams from 2016 say he was.

It’s a pretty easy fix … pick the five best players for each of the three All-NBA teams, but there can’t be more than three of any one “position” on a given All-NBA team. So there are lead guards, traditional wings, bigs and hybrids. If three of the five best players in the league are wings, why shouldn’t they all make the All-NBA 1st team? In today’s NBA, if three of a teams five best players played the same “position” they would all play together down the stretch in a tight game. The rest would be figured out. And trust me, this doesn’t seem like a big deal right now, but it will be when either Kevin Durant, LeBron James or Anthony Davis doesn’t make All-NBA 1st Team because Davis is classified as a Power Foward.

#8: I want you to give Russell Westbrook one more shooter

–I’m of the belief that if we gave Russ and the Thunder one more shooter we’d be able to include Oklahoma City in that group of three teams (hypothetically four if my Jazz to New Orleans move catches on) on the tier immediately below Golden State. Until then, they’re absent from that level.

#9: While we’re on the subject of moving players, I want these three trades to come to fruition

–For the record, these three suggested trades may or may not reappear in this February’s Second Annual 30 Team NBA Trade Deadline Challenge.

Related Sidebar: I’ve done a lot of things that I’m very proud of in the year 2016. Coming up with that last fake trade might be what I’m proudest of. I think ultimately New Orleans would turn it down (Hard to see them giving up a franchise player like AD), but man, if that’s what “The Process” could end up bringing to Philadelphia, Sam Hinkie should get a statue right next to Stallone’s in Philly.

#10: I want everyone to have a very Merry Christmas