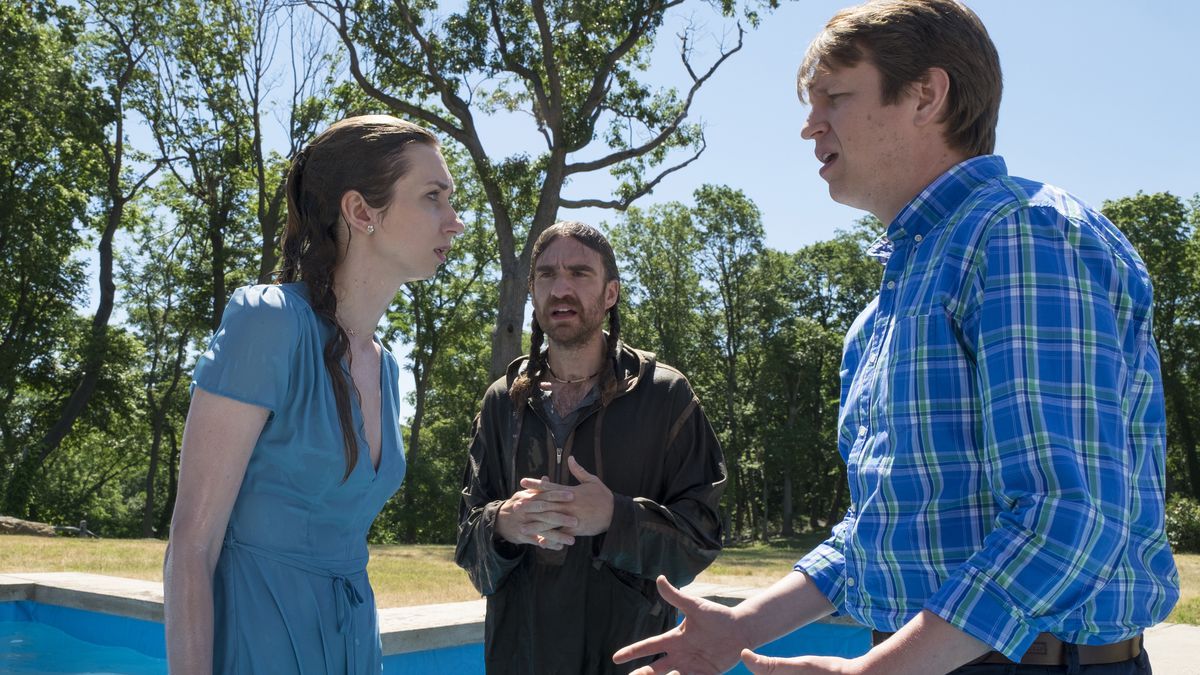 Jake Peralta and Charles Boyle worked a case that they believed would be their last at the Nine-Nine. It’s always nice seeing this duo together. Jake plays well off everyone on this show. But, he displays a boundless, infectious joy when teamed up with his best friend. Meanwhile, Ray Holt was determined to teach Amy Santiago everything he can during what he thought was his last day as her captain. His bizarre lessons and her enthralled enthusiasm were hilarious.

This episode had Richard Hendricks and Erlich Bachman trying to make a deal with Dan Melcher and his new fiance Liz Tinsdail. The plot turns worked great and had some fantastic jokes. Meanwhile, the subplot with Dinesh Chugtai and Bertram Gilfoyle accidentally syncing all the data on their phones provided some great banter and physical comedy.

This episode opened with the Belchers gleefully realizing they can get a cash prize if they come in last place in a parade. They all happily agree that coming in last is what they’re best at. It turns out to be more difficult than expected, but in the end Bob Belcher learns to relax and have fun. This episode embraces all the things that make Bob’s Burgers great, showing the Belchers at their enthusiastic underdog best.

When Amy Santiago faces an exam to become a sergeant, Jake Peralta helps her overcome her anxiety. It’s a sweet, romantic plotline that feels organic and real. The bit where Jake has to think like Amy in order to find her is fantastic, as is his run-in with her best friend, played by the always amazing Sarah Baker.

Everything in this episode was great, but it was the final scene in which Jimmy McGill charges into Chuck McGill’s apartment to destroy the tape that really made this one of the best TV episodes of 2017 so far. Plus, we got to see Jimmy’s terrible attempt at a stakeout at Los Pollos and his boundless enthusiasm for poor Francesca Lee, who really doesn’t know what she signed on for.

With Riverdale‘s main mystery mostly wrapped up in the penultimate episode, the finale focused primarily on emotional fallout. Cheryl Blossom’s attempted suicide in the wake of trauma was heartwrenching and the fact that she took back her agency by burning her house down was the perfect mix of flashy and genuinely emotional for this show. Meanwhile, Jughead Jones’ struggles with where he belongs provided interesting set up for next season.

Despite the title, this episode is more about how adults manage their relationships with their parents than anything else. Religion simply provides a catalyst. Aziz Ansari’s actual parents returned for an episode about Dev Shah finally revealing that he’s no longer a practicing Muslim. Details like Dev’s dad declaring that they should’ve gone to a seafood restaurant after a big emotional scene made this a pitch perfect episode about family.

In this episode, Penelope Alvarez struggled to be taken seriously at work. Her clueless boss Dr. Leslie Berkowitz was a perfect depiction of how well-intentioned men can still allow deep sexism to exist in the work place. Meanwhile, Penelope Alvarez and Lydia Riera had very different perspectives on wearing make up, but eventually came to understand each other. This show’s incisive, earnestness explored these issues with unique clarity.

32. Crazy Ex-Girlfriend: “Can Josh Take a Leap of Faith?”

Despite a lack of memorable musical numbers, this episode was the strongest in the second half of Crazy Ex-Girlfriend‘s second season. It was about Rebecca Bunch and Josh Chan’s wedding, but it wasn’t about their relationship. It explored each of their psychology as individuals, to great effect. The final moments, with Rebecca standing up to her father and then declaring vengeance on Josh, were absolutely perfect.

Crashing‘s season finale successfully showed Pete’s complete arc. Despite last ditch attempts to get back together with his ex-wife Jess– and therefore return to his old life– this episode made it clear that he’s completely crossed over into a new life. The sideplot with Artie Lange meeting a fellow addict and bonding with her was richly compelling. The episode also gave Jess a satisfying arc of her own.