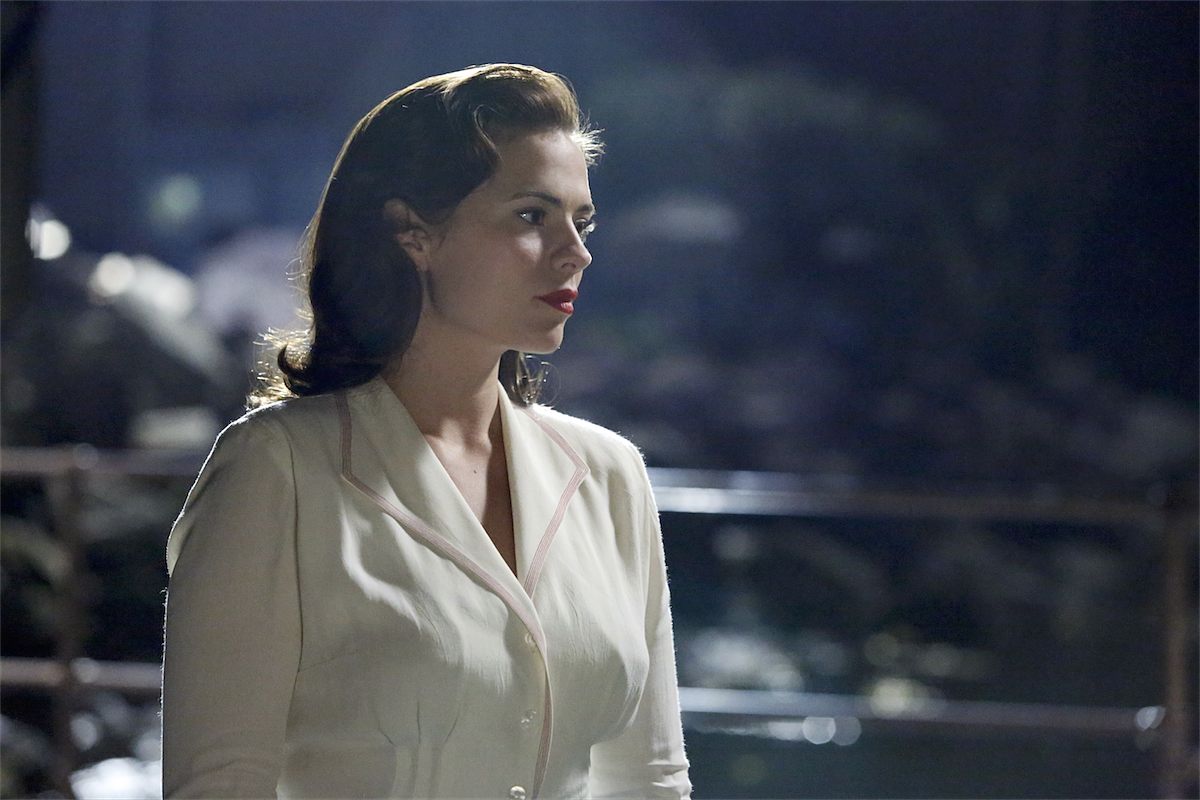 When Marvel Studios made the brilliant decision to cast Samuel L. Jackson as Nick Fury way back in 2008 for Iron Man, they painted themselves into a difficult corner despite how well he has played the role: How do you get one of the hardest working actors in Hollywood – not to mention one who commands a hefty price – to star in consistent content?

For those of you not familiar, Nick Fury’s standalone comics have rivaled some of Marvel’s most popular heroes. Who doesn’t love spies, secrets, and scandal? Agent Carter (or Agent Carter: Season One … or One-Shot: Agent Carter) solved two of Marvel’s biggest problems in one show by being the spy thriller that balances out all the superpowered craziness while also finally giving audiences a female lead.

A quick glance over this list will reveal a lot of boys in tights who know how to punch bad guys in the face. And I’m all for that. But Hayley Atwell’s Peggy Carter was (and still is) a sublime, sensational, and desperately needed breath of fresh air.

The plot sells the point, but her performance absolutely nails down that Carter is without question a war hero with a broken but hardened heart who – like many who return home after seeing such horror – is struggling to cope in the post WWII era. Of course, being a woman in a “man’s job” is a unique challenge and one the show is allowed to focus on without over-burdening the audience with a romantic plot. While the Agent Sousa relationship is an interesting one, the show clearly sees Edwin Jarvis and Carter’s primary companion and the two balance off each other as well as any budy-cop duo in film or TV history.

No one is going to step right in and fill Steve Roger’s place in Peggy’s heart and so, while there is (and should be) a bit of moving forward in that respect, most of our time is spent getting to know the badass agent she is in her own right. Agent Carter also successfully avoids the potential pitfall of overselling its central theme by choosing to show and not tell; having Carter slowly earn the respect of all of her peers by simply being fantastic at her job. This culminates in a moment of truth near the end of the season where she is shown to have more courage than any of them.

Picking up right where Captain America: The First Avenger left off, and filling in some gaps between then and our current timeline of unfolding stories, Agent Carter also gets the fun benefit of being a period piece. This gives even minor and transitional scenes extra flavor because everything from the cars to the buildings to the clothes – even on the extras – is eye candy.

And the musical choices are to die for. We don’t have to be bombarded by whatever is popular right now and have the backing tracks serve double as a commercial for a pop album because none of that music had been invented yet. The inclusion of clips from a Captain America themed radio show just hammer home the fact that no element of the visual or aural experience is taken for granted.

My mother had two boys who fell in love with the Ninja Turtles and X-Men pretty much right away. Over the years, she has gotten to know comic book adaptations as well as anyone but Agent Carter tops her list which is impressive because my mother essentially lived the central theme of the show. She has the personal experience to nitpick, but instead finds the show inspiring and cathartic.

She may not have superpowers, but just like Bruce Wayne or Tony Stark, Peggy Carter is a super hero and the first woman to be treated as such in a lead role since Linda Carter’s Wonder Woman in the 70s.

Tight script writing with a little British humor, well-executed mysteries featuring techno-savvy espionage, tie-ins to The Avengers movies, Agents of S.H.I.E.L.D., and the phenomenal performance of Hayley Atwell make Agent Carter even better than had we gotten a direct Nick Fury adaptation. Carter can do all the things that Fury can do but while tackling a completely different set of personal and societal issues. This may not have been the Marvel spy thriller that audiences were hoping for, but it was positively the one we needed.

Agent Carter is like a fine wine or a craft beer. It may not be to everyone’s taste. It might be a little slow or take a minute to get used to or require one to search on a deeper level for the best parts. But something this well crafted deserves the time and space to sit and enjoy in all its splendor.