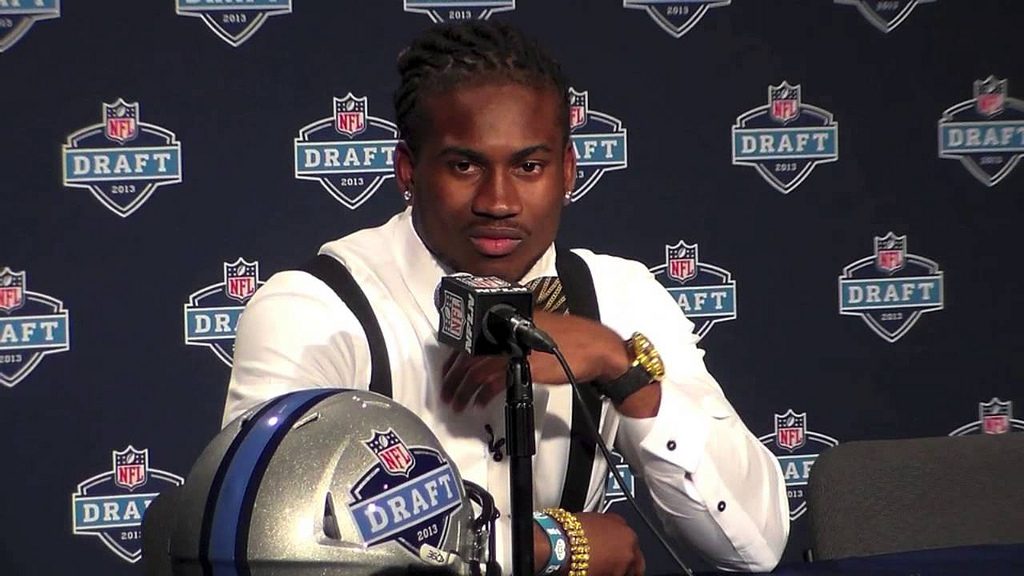 Offseason doesn’t mean rest in the NFL. It’s reformation time for some teams if not many. Sometimes the right player is just with the wrong team. Well, maybe not the wrong one, but not the right one to cash in on their potential. Then there’s the once-rookies looking to do more than prove their worth. The impending season equals the start of something new. Each of these NFL players has what it takes to leave people talking if they play their cards right.

Keenan Allen, WR, San Diego Chargers
The Cal State alum had a breakout season in 2013, leading all NFL rookies with 71 receptions. In addition, Allen also led the San Diego Chargers receiving corp with an impressive 1,046 receiving yards. This season, quarterback Phillip Rivers looks to target his favored option again. “He always was a great route runner,” Rivers said. “There just seems to be a little more juice.” Driven to set himself above the rest, Allen has made it his personal quest to become the best wideout in the league. While this may be a premature achievement, Allen has put on six pounds and devoted training sessions with speed coach, Ryan Flaherty during his time this offseason. This should produce even greater speed (and results) than he had previously.

Dexter McCluster, RB, Tennessee Titans
As long as Dexter McCluster was on the Kansas City Chiefs there wasn’t going to be much rushing action for him with superstar Jamaal Charles on the same roster. With the exit of Chris Johnson in Tennessee, free agent McCluster used this golden opportunity to his advantage. After signing with the Tennessee Titans this past March, McCluster made the transition away from the wideout position and he has no complaints about it. “[There’s] no adjustment at all. I’ve been a running back all my life,” said McCluster. “Playing receiver, I was just an athlete so I was able to make it work, but I feel back home right now.” Although McCluster will be in the rotation with rookie Bishop Sankey and veteran Shonn Greene, first-year Titans head coach Ken Whisenhunt will be sure to utilize McCluster’s strengths in a Danny Woodhead-like way.

Chandler Jones, DE, New England Patriots
After all the hype surrounding the offseason defensive additions of Brandon Browner and Darrelle Revis, one could easily overlook the immense talent that is Chandler Jones. This famous baby brother (kin to UFC Champ, Jon “Bones” Jones) is set to make a name for himself around the league this season. If last Friday’s results versus the Carolina Panthers were any indication of things to come — registering two sacks, one hit, and three tackles for loss — Jones will be terrifying for opposing teams’ offense. New England Patriots head coach Bill Belichick is known around the league for his infamous “Belitricks,” and expect Jones to play an essential role in his coach’s unpredictable schemes.

Hakeem Nicks, WR, Indianapolis Colts
Last year was disastrous for Hakeem Nicks and his former team, the New York Giants (0-6 start, anyone?). The wideout finished the season without a single touchdown reception, leaving his fans scratching their heads and his fantasy owners icing their burns. Nicks and the Giants parted ways like a bad breakup in March, with Nicks looking for a clean break and a new team in the Indianapolis Colts. Quarterback Andrew Luck should be looking for Nicks on the field as the two have clicked nicely thus far in the preseason. The Colts aren’t known to boast a strong run game, so look at Nicks as a well-used option this season amid incumbent receivers, Reggie Wayne and T.Y. Hilton.

Emmanuel Sanders, WR, Denver Broncos
Peyton Manning was electrifying last season with his high-octane offense and pick-your-poison receiving corp. Things are a little different in the Mile High City, with the exit of Eric Decker and the constantly-concussed Wes Welker, Emmanuel Sanders is primed for a huge opportunity. Although he never boasted fantastic numbers during his time with the Pittsburgh Steelers, Sanders appears poised and ready for big things to come in Denver. After his two-touchdown night versus the Houston Texans in preseason, expect to see a lot of what he’s labeled as his trademark bow.

Kenny Vaccaro, S, New Orleans Saints
Last season New Orleans Saints defensive coordinator Rob Ryan referred to Kenny Vaccaro as the “best overall” safety in the league. With his self-proclaimed “reckless” approach to the game, strong safety Vaccaro doesn’t look to slow down any time soon. Vaccaro exhibits a hard-hitting style, with loads of potential and the motivation to set himself above the rest as an elite player in the NFL. And his skills did not go unnoticed last year after coming in third in the NFL Defensive Rookie of the Year voting polls. A season-ending ankle injury sidelined the star rookie last season in Week 16, but if Vaccaro can stay healthy his presence poses a huge threat in Ryan’s defensive jambalaya.

Montee Ball, RB, Denver Broncos
After skipping most of the preseason to recover from an appendectomy, Denver Broncos running back Montee Ball proved that he didn’t need much recovery time to flourish. In an electrifying performance versus a scary Houston Texans’ top-notch run defense, Ball proved he is back in action and better than ever. The Knowshon Moreno show in Denver has come to a close with Moreno’s (what some would consider ill-thought) relocation to a poor run offense in the Miami Dolphins. Ball looks to seize the opportunity by becoming the Broncos’ featured back and Manning’s right-hand man.

Star Lotulelei, DT, Carolina Panthers
Defensive tackle Star Lotulelei began his NFL career in a big way, as a key player in transforming his Carolina Panthers’ run defense from No. 12 to No. 2. The playmaker recorded 42 tackles for the season and started every 16 regular season games. Now in his second year, Lotulelei is looking to improve his weakness against the pass rush on his road to total dominance. By taking his game to the next step, although he’s claimed to not know of the actual meaning, Lotulelei looks to aid his Panthers team by dethroning the Seattle Seahawks from their No. 1 ranking.

Cordarrelle Patterson, WR, Minnesota Vikings
For a team that relies heavily on its run game, and decorated running back Adrian Peterson, a lot of people wouldn’t put much thought in the Minnesota Vikings’ wideouts. The Vikings quarterback do-si-do last season was a nightmare at best, but this season will be different, if not better. Elected quarterback Matt Cassel looks to be throwing the ball around a lot, with a keen eye for speedster Cordarrelle Patterson. Not since Randy Moss’ departure (which jersey number Patterson sports) have the Vikings had a receiver with this much talent. Vikings offensive coordinator Norv Turner has already pointed out Patterson’s abilities and plans for the coming season, stating: “We need to get Cordarrelle the ball and we need to find different ways of doing it.”

Jordan Cameron, Cleveland Browns
There’s an old adage that states, “absence makes the heart grow fonder.” In the case of recently suspended wideout Josh Gordon, absence makes the heart look elsewhere. Gordon’s abuse of the NFL substance policy got him in deep waters with the league, serving him a year-long suspension from the NFL. With the absence of Gordon, Cleveland Browns quarterback Brian Hoyer will look to another choice option in tight end Jordan Cameron. Now that Gordon is off the field, and hopefully staying out of trouble for the sake of his team, Cameron is clearly the best receiving option on the field. If the Pro-Bowl “pass catcher” can turn lemons into lemonade this season and avoid double-coverage, the money will come calling his name come big-contract talk time.