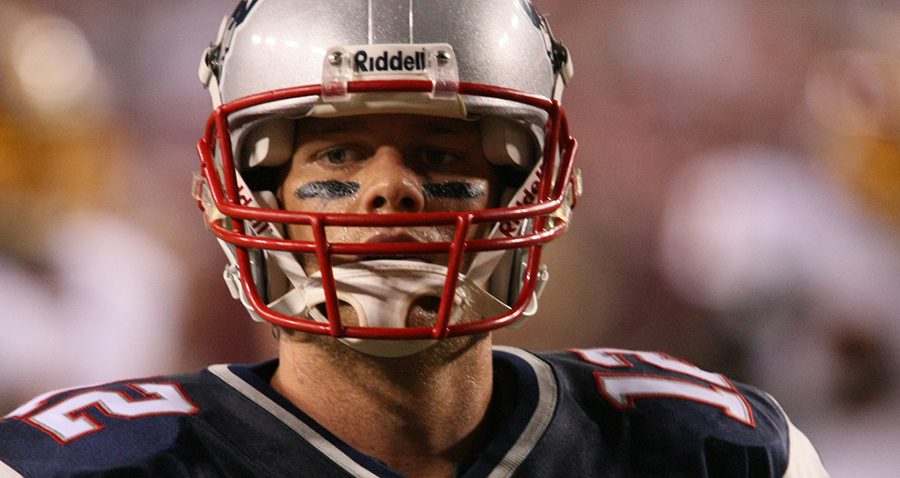 If only New England Patriots QB Drew Bledsoe didn’t get injured in 2001, which necessitated Tom Brady to come in and take the starting quarterback job, maybe life would have been a little nicer to the other AFC East teams since then. Alas, it wasn’t so and still to this day, the Pats are the best team in this division. Anyone have a tissue for the New York Jets, Buffalo Bills, and Miami Dolphins? Maybe one of those cushion rings you sit on? Okay, it’s getting lewd. On to the preview!

Most Important Player: EJ Manuel, QB, Buffalo Bills
You thought I was going to say Brady, didn’t you? Well, while that might be true, we all know how the Pats did when he was gone for a season. Matt Cassel. Record of 11-5. Okay, so they didn’t make the playoffs either, one of two times they didn’t since winning the Super Bowl in 2002, but you get the point.

Brady seems too safe a pick here, so I’ll go with the sophomore quarterback in Buffalo. Plus, there’s a Bledsoe connection here too. Not since Bledsoe last played with the team (2004) have the Bills had a positive point differential (+111). Last year, the Bills were -49 and ranked 22nd in offense. However, in Manuel’s 10 games, the Bills were a -25 with a 4-6 record (6-10 for the season). So, the numbers are relatively encouraging when projected over a 16-game season. Individually, he completed almost 60 percent of his passes (58.8%) and had more touchdowns (11) than interceptions (9) throwing for 1,972 yards. Prorated to a 16-game season, that’s 3,155 yards, which would be more than solid for a rookie.

In only his second season, Manuel will need to step up if the Bills are going to end their 14-year postseason drought. High hopes? No question. But, Manuel now has some receiving help with rookie WR Sammy Watkins, a highly-regarded player coming out of Clemson and the fourth overall pick. Robert Woods, another second-year player, drafted in the 2013 NFL Draft’s second round, will be lining up opposite of Watkins and has been excellent during training camp. If CJ Spiller and Fred Jackson can alleviate some of the pressure by having the running game as a threat, Manuel has a chance to lift up the level of the offense. If he can do that, the Bills could move well passed expectations.

X-Factor: Rob Gronkowski, TE, New England Patriots
There is no question that when Gronkowski is healthy, he’s a flat-out beast between the lines. In only seven games last season, Gronk caught 39 passes for 592 yards and four touchdowns. He also had a career-best 15.2 yards per catch average. Unfortunately, Gronkowski blew out his knee during a game in December and had surgery this past January. After playing all 16 games of his first two seasons, he has only played 11 games (2012) and seven games (2013), respectively. If he can get back healthy and produce as he did before (27 TDs total in 2010 and 2011), the Patriots will not only be favorites in the AFC East, but could overtake the Denver Broncos as the AFC’s best team.

Best Team: New England Patriots
Speaking of best team, is there any doubt here? Since realignment in 2000, only three time have the Patriots not been the division leader; and they’ve been the AFC East’s best for five straight seasons. Head coach Bill Belichick has such a great overall system of doing things that you can put almost anyone at any position and that player would succeed. How many times since his tenure as head coach have the Patriots lost a player by injury, trade, or free agency and the franchise seemingly didn’t feel the loss? It’s been an amazing run for Belichick and the Pats, and it will continue this season.

Team That Could Surprise: Miami Dolphins
In two of the three seasons since 2000 that the Patriots didn’t lead the division, it was the Dolphins that sat on the throne. In can happen again if third-year QB Ryan Tannehill continues to improve as he did last year with a very strong season throwing for 3,913 yards and 24 TDs. Already having a year under his belt building chemistry with Mike Wallace should only help. Brian Hartline is unspectacular, if not productive and the addition of Knowshon Moreno to the running game provides a solid check-down receiver from the backfield that can also pass-protect. Lamar Miller should be the starter at running back, but will need to get in the end zone more than three times in 29 total games to be a real threat, and in turn, the Dolphins offense a sincere all-around threat themselves. New offensive coordinator Bill Lazor comes from the Philadelphia Eagles this season and could really spice it up in Miami, appropriately enough.

On defense, clearly, the defensive line is the best thing about it. The two defensive ends in the 4-3 scheme can really get to the quarterback. Cam Wake has 51.5 sacks in his five years with the Dolphins (8.5 last season, a career-best 15.0 in 2012) and Olivier Vernon had 11.5 sacks in his second-year in the league in 2013. On the inside, Randy Starks and new acquisition, Earl Mitchell are solid tacklers that can stop the run. Outside linebackers, Philip Wheeler and Dannell Ellerbe are solid, but will need to become more of a force, as well as middle linebacker, Koa Misi, if the Dolphins have a chance to sit atop the Patriots. And the secondary will really need to step it up, particularly when facing the aerial attack from said Pats. If everything works out and improves across the board, the Dolphins could be the team that has you scratching your head wondering how that just happened.

Bold Prediction: Geno Smith throws for 4,000 passing yards and 20+ TDs
Yes, if you look at last year’s splits, clearly Smith got worse in the second half of the season, but we’re going for bold here, right? Last season was a mess for Smith as he threw 21 interceptions compared to only a dozen scores, although the six rushing TDs were nice. But, let’s remember that he had a horrible receiving corps with Jeremy Kerley leading the Jets receivers with a relatively paltry 523 receiving yards, followed by Santonio Holmes (456) and David Nelson (423). Yes, I get that Smith was partly to blame, but if you watched every Jets games, there were so many dropped passes and easy catches that turned out not to be. Still, no excuses.

What gives Smith the possibility of meeting this prediction is the upgrade in receivers with free agent signing, Eric Decker and the drafting of rookie tight end, Jace Amaro. Decker was the WR2 for the Denver Broncos and is coming to the opposite of their offense and quarterback. That aside, Decker is, at the very least, a proven catching commodity with 1,000+ receiving yards and double-digit TDs in both of the last two seasons. I know, his quarterback in Denver mattered, but we’re being bold here! Amaro caught 106 passes for 1,352 yards and seven TDs last year at Texas Tech. I know, he’s a rookie, but again, we’re being bold here!

Also, the Jets always have a very good running game and adding Chris Johnson into the mix with Chris Ivory should keep defenses respectable a bit more, which will translate into a bit more passing game proficiency. At least, ideally. If the planets align correctly and Smith continues to look as good as he has been in training camp, this prediction will be proven to not be so bold. But, we’re trying over here!

Offensive Player of the Year: Tom Brady, QB, New England Patriots
I don’t think I need to go too deep into this. He is another year older at 37, but if Manning can do well at his age, then Brady can do the same. Last year, Brady threw for 4,343 yards and “only” 25 TDs. However, with Gronkowski back, and we’re assuming healthy, Brady could have another outstanding year.

Defensive Player of the Year: Darrelle Revis, CB, New England Patriots
Full disclosure: I’m a New York Jets fan. So, you can imagine how it pains me to make this selection. Last season with the Tampa Bay Buccaneers, it could easily be construed as Revis falling off. However, he played a zone defense down south, which takes Revis away from his best attribute as a cornerback – man-to-man coverage. Well, he’ll get to do that again up north in New England, reminding everyone about Revis Island and how you don’t want to be on it if you’re an NFL wide receiver. He’s lost a bit of ground to Richard Sherman and Patrick Petersen relative to who the best CB is in the NFL, but there’s no question he’s the best cornerback and defensive player in this division. He’ll rule it once again, but for a different team. Now, excuse me while I get some tissues.