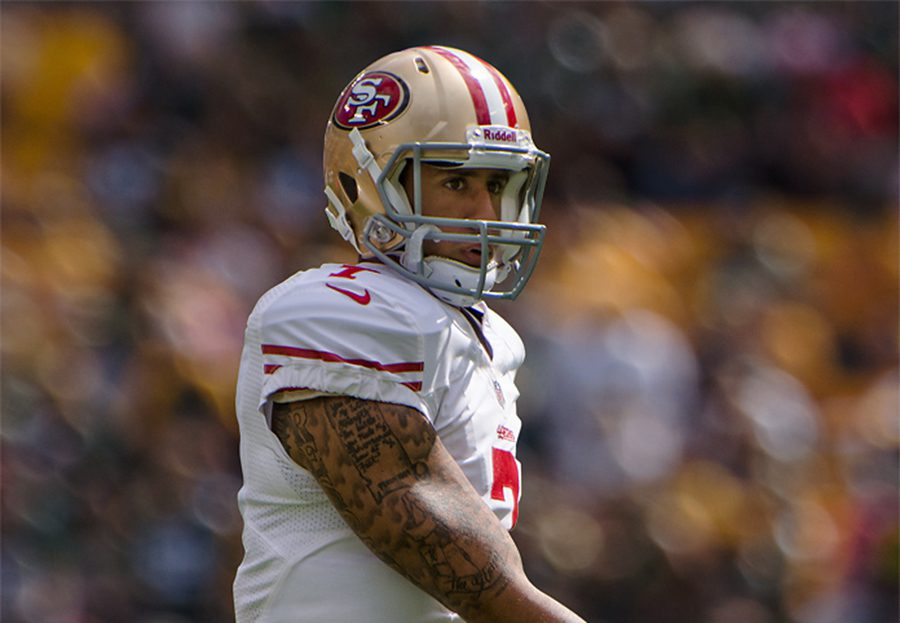 Over the past few years, we’ve witnessed America pitch an awkward hard-to-walk tent for a new breed of NFL quarterback: the young, the nimble, the athletic, the duel-threat quarterbacks composed of breakable pubescent dudes who shrug their shoulders at running backs as if to say, “well, if you’re not gonna f**king do it…” before dashing out of the safety of the pocket, eyes all agog at the end zone.

Some make it (Seattle Seahawks quarterback Russell Wilson comes to mind). Some don’t (I’m never picking you again in fantasy football, Robert Griffin III. Thanks, former D.C. head coach Mike Shanahan. You are literally an undersized curved shaft donning a perfectly proportionate maroon and gold cap in my eyes). Regardless of the outcome, you can’t deny that it’s downright entertaining to watch these quarterbacks eagerly read the defense like Mark Sanchez eagerly reads his Applebee’s employment acceptance letter before actually making the run themselves.

But, Green Bay Packers quarterback Aaron Rodgers, the leader of the cheese heads, said last year on his radio show on 540 ESPN that the read-option (a system that focuses exclusively on mobile quarterbacks who read the defense in order to decide if they’re going to pass the ball or run it themselves) was a passing fad akin to the wildcat formation. Yes, you heard me, the g*ddamn wildcat formation. You remember the wildcat – the ball is directly snapped to a receiver, cutting out that pesky QB middleman. Yeah, it was simply adorable while it lasted. But it’s like comparing apples with mother freaking orange-colored Boeing 707s when you compare the two systems, particularly when it comes to making the NFL butt loads of cash. The wildcat didn’t put asses in stadium seats.

Take the San Francisco 49ers’ quarterback competition between read-option golden boy Colin Kaepernick and uptown girl Alex Smith in the 2011-2012 season: Smith suffered a concussion while playing against the St. Louis Rams during Week 10, and was replaced by Kaepernick. Now, Smith was ranked third in passer rating in the league at the time of his concussion and had been 19-5-1 as a starter under head coach Jim Harbaugh’s reign. But none of that mattered because Kaepernick not only was highly efficient in duel-threat situations because of his build, long legs, and superior strength, but he was (is) also highly entertaining to watch. So when Smith was cleared to play in Week 12, Harbaugh thought it best to start Kaepernick over Smith “just to be sure”. Sure of what? Ditching the boring dude in order to give the audience the show they really want? Ancient Rome thought the same thing back in the days of the gladiator.

However, comparing the old-fashioned powerhouse QBs to the duel-threat, pistol-whipped quarterbacks is like comparing Frank Sinatra with Justin Timberlake: Sure, you’re talking about the dashing pseudo-gentleman who probably nailed your grandmother as opposed to the polished new guy who banged your girlfriend before Robin Thicke did, but both get the job done. Look at Peyton Manning – the man’s neck pretty much fell off and not only did he make comeback of the millennium, he also beat your ass, appeared in a parody about it on Saturday Night Live, and probably cackles at you during pompous cocktail parties in a bravura of cigar smoke and caviar with the entire Manning clan (not including you, Eli. Sorry). At least that’s what I picture.

Both types of quarterbacks put their necks on the line (heh), but one is obviously far more dangerous than the other. I often compare the read-option system with Kurt Vonnegut’s apocalyptic creation Ice Nine from his novel Cat’s Cradle: while the read-option system is sonorous in theory, it could actually be the entire annihilation of the league itself. This song-and-dance system has the potential to cut a young star player’s career in half (or rather just end a career after one season, even).

Do you know why Kaepernick didn’t run the system as much last season (note the “as much”)? It was because he had a chipped bone on his forefoot and a flipping ruptured capsule in the ball of his foot. Since the 49ers offense relied so heavily on the pistol, the team hit a wall. What kind of absolute fresh hell is that? Luckily, the offense shook off their injuries and were able to bounce back come December. We know how much commissioner Roger Goodell covets his quarterbacks (take note of his lopsided fines), but yet he’s willing to risk their lives because the roar of the crowd is so gosh-darn appealing. Just ask Shanahan.

The catch-22 lies in the fact that, yes, we want to see these types of entertaining plays and hard hits because if we wanted to watch a bunch of girls running on the field, we’d pay attention to the Lingerie Football League or the New York Jets. Though all the while, we don’t want our favorite quarterback to end up Robert Griffin-ing his leg in the fourth either. Hindsight is 20/20 and if we take the danger of the read-option into consideration, we have to take the absolute danger of the entire game into consideration as a whole and run the chance of completely demolishing the NFL altogether. We didn’t pour a balls load of ice water on people for absolutely no reason at all.

As long as the money keeps rolling on in, this new generation of the duel-threat quarterback is here to stay. Sorry, Mr. Rodgers.