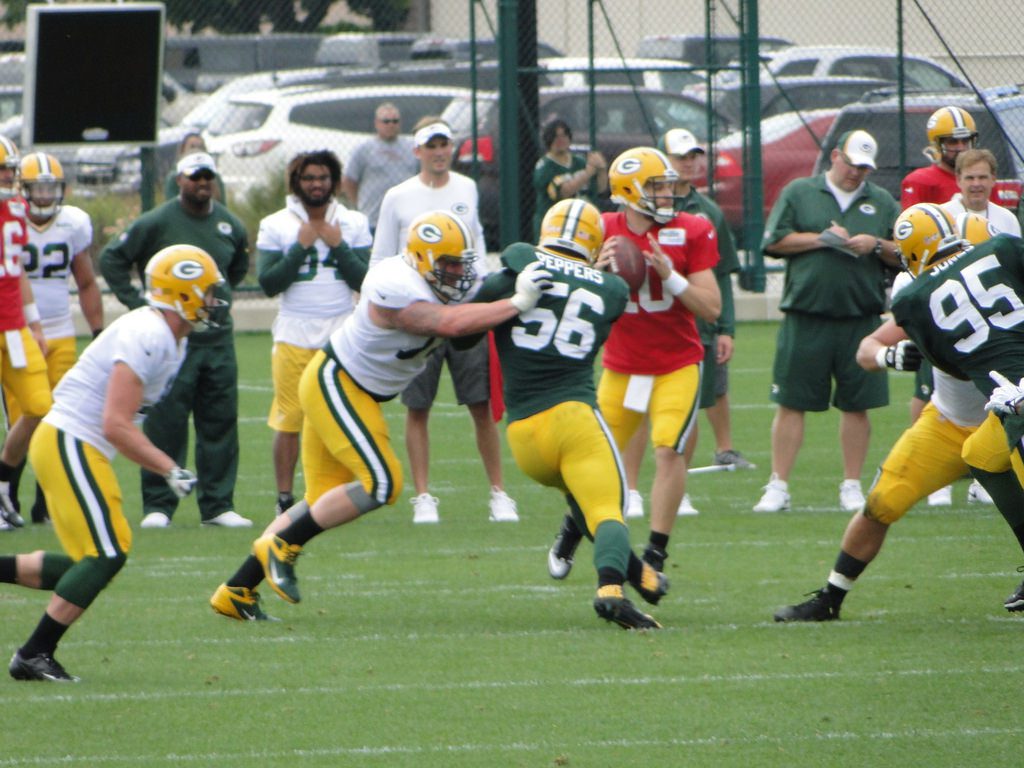 It was a busy off season for a lot of teams. The draft brought the usual hype, especially regarding some guy coming out of college named Johnny. Most of the work was done by acquiring some good talent that was on the free agent market. There were over a 100 moves made this off season, either by signing or trading, but let’s narrow it down to the top 10 players who now find themselves in brand new places.

10. Darren Sproles
The New Orleans Saints traded Darren Sproles to the Philadelphia Eagles in March for a fifth round draft pick. They basically just gave him away after a little bit of turmoil with his contract. Sproles’ wife purposely called the Saints organization out on Instagram:

“I am so disappointed in the Saints organization & the way they are treating my husband. I understand this is a brutal business but when u have a good guy who works hard & does a lot for the community u would think they would show a little more respect.”

Things went sour from there. Defenses will most likely take in a deep sigh of relief when LeSean McCoy goes out for a breather and roll their eyes when they see Sproles come in, obviously in underestimation. Little do they know, this particular deal makes the Eagles backfield one of, if not the best, backfields in the NFL.

9. Steve Smith
The Panthers cut Steve Smith from the team without talking to Smith personally or even to his agent. Five teams wanted his services on the field: The Redskins, Patriots, Seahawks, Ravens, and Chargers. The Ravens was Smith first, and only, stop. After inking a three-year, $11 million deal, Smith promised “blood and guts” when facing his old team. He doesn’t have to wait long – the Panthers face-off against the Patriots during Week 4 in New England.

8. Darrelle Revis
The Tampa Bay Buccaneers cut Darrelle Revis from the roster, so he ended up signing a deal with the New England Patriots. This gives the Patriots one of the best corner backs in the league. Revis nets about $12 million a year, with an option that the Patriots must pick up by the end of the season. The Patriots needed some help on defense in the corner position and they managed to get a deal on the free agent market.

7. Donte Whitner
The Cleveland Browns signed hard hitting safety Donte Whitner (or “Hitner,” if you’ve seen him play). The deal was a four-year, $28 million dollar deal. With the loss of T.J. Ward, the Browns went out and nabbed themselves a pretty good addition to the team. Whitner also gets to play football where he grew up at and went to college (Ohio State). Not to mention in his four seasons playing for the San Francisco 49ers, he only missed one game.

6. T.J. Ward
During the off season, the Denver Broncos signed Ward to a four-year, $23 million deal – with $14 million guaranteed. Ward is coming off of a Pro Bowl season and he should give the Broncos help with the run and running routes down the seam will be thought about when this guy is at the end of the route. If your NFL mind can recall – Ward is the one who knocked Patriots’ tight end Rob Gronkowski out last season.

5. Golden Tate
If you can recall, Golden Tate just won a Super Bowl with the Seattle Seahawks last season. So, it came as a slight shock when he signed a deal with the Detroit Lions for five years worth $31 million during the offseason. That’s not bad for a guy who only dropped six passes out of 151 passes according to Pro Football Focus. The Lions have two receivers that definitely can catch with Tate on the other side of Calvin Johnson. This wide receiver threat could give defenses some problems on come Sunday.

4. Julius Peppers
The newest member of the Green Bay Packers is Julius Peppers who signed a three-year deal worth $30 million. He will now be playing on the same defensive line as Clay Matthews, which is a frightening thought. Peppers has been in the league since 2002 and is ranked number two with 118.5 sacks in the NFL. Peppers will be reunited with one of his former coaches, Mike Trgovac, who is the Packers’ defensive line coach.

3. DeMarcus Ware
The Dallas Cowboys cut DeMarcus Ware basically for salary cap reasons. They had asked him to take a pay cut, but Ware felt that he wasn’t deigned to actually take one. A dozen teams showed interest, but the Denver Broncos caught his eye and he ended up signing a three-year, $30 million dollar contract with $20 million guaranteed. Even thought Ware had surgery to remove to bone chips out of his elbow, the recovery is going extremely well.

2. Eric Decker
Free agent Eric Decker signed a five-year, $36 million dollar contract with the New York Jets during the off season, with $15 million guaranteed since the Jets needed help at the wide receiver position. Geno Smith now has a go-to guy if all else fails in the passing game. Decker had 87 receptions, 1,288 yards, and 11 touchdowns last year as well as averaging over 1,000 yards during the last two seasons.

1. Aqib Talib
The Denver Broncos made the most noise on the defensive side of things with Ware, Ward, and also cornerback Aqib Talib. The signing was included a six-year, $57 million deal that includes $26 million guaranteed. Talib had four interceptions last year and left Jimmy Graham without a catch before going out with an injury along with Graham himself. The Broncos have beefed up their defense well this off season.