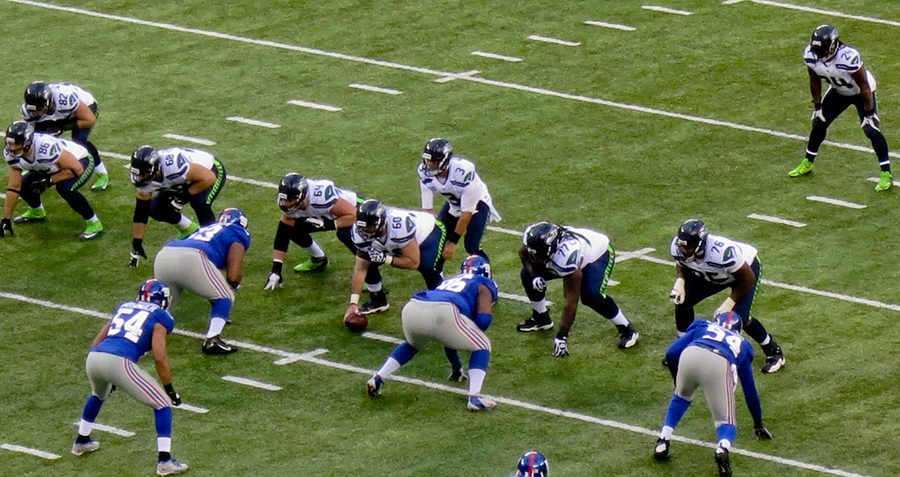 Every team in the NFL begins the season with a common goal in mind: stay in contention, get to the Super Bowl. Last year, to no one’s surprise, the Denver Broncos and the Seattle Seahawks made it to that coveted meeting in February. This year anything could happen, the sheer uncertainty and unpredictability leaving us all wondering of things to come. Vegas has their odds, fans have their predictions, but whichever way you spin it, these two powerhouses look to be the teams to beat on the road to Super Bowl XLIX.

Seattle Seahawks
Last season, the Seattle Seahawks proved that defense can win the Big Game. The Legion of Boom was a scary front versus the Denver Broncos’ impenetrable and unstoppable offense, leaving Peyton Manning (and his 55 TD regular season record) embarrassed and defeated. With the loudest and best home-field advantage in the league, opponents are sure to feel an almost tangible sense of fear when facing the merciless Seahawks at CenturyLink Field.

Aside from the trades of wide receiver Golden Tate and the OG from the Legion of Boom, Brandon Browner, Seattle easily has what it takes to retain their NFC throne. Percy Harvin is starting this season healthy, and the remaining defensive unit is still intact, aimed and ready to strike. Don’t forget a very happily paid man in Marshawn Lynch, expecting to go Beast Mode when his quarterback isn’t looking to throw. Russell Wilson might easily be categorized in the “new breed” of quarterbacks making a statement in the league, but with his intelligence, zeal, and accuracy, don’t group him in with his subpar colleagues. Wilson runs when he has to, not because he can. Let’s just hope Richard Sherman keeps his cool this time if he gets the win.

New England Patriots
If there is anything that New England Patriots head coach Bill Belicheck knows, it’s strategy. Mr. Belitricks knows exactly what he’s doing, have no doubts about that. A plague of devastating injuries (and a high profile murder charge) riddled a once veteran-comprised Patriots team last season. Vince Wilfork, out. Jerrod Mayo, out. Rob Gronkowski, out again. Aaron Hernandez, imprisoned. What was left in the remains of a broken team was a hopeless slew of awkward, learning-the-ropes newcomers working to keep their team afloat. And even in the face of all the obstacles thrown their way, the Patriots managed to close the season with an impressive 12-4 record.

Then came the AFC Championship game versus the Denver Broncos. Patriots quarterback Tom Brady might have had longtime rival Peyton Manning’s number in Week 12 with the comeback-of-all-comebacks, but the championship matchup was a painful sight for Pats fans when playing on Manning’s home turf. With some reconfigurations and acquisitions made in the offseason, the Pats stand a strong chance to change their fate this time around. Darrelle Revis and Brandon Browner could be the missing puzzle pieces to defensive dominance. Brandon LaFell, a healthy Danny Amendola, and new tight end Tim Wright will certainly relieve some of the pressures off Rob Gronkowski in his hopes to stay on the field all season. No quarterback and coach team currently in the NFL has what Brady and Belicheck share, and if the Belitricks serve them well, they will get another ring come February. Peyton Manning, you’ve been warned.