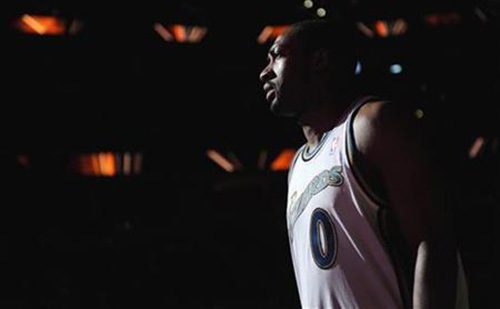 Has it really been this long since the Wizards made the NBA Playoffs? HIBACHI!

Whereupon an NBA free agent fan sets about selecting a team to root for during the 2013-14 NBA season.

The purchase of the Washington Wizards by AOL mogul Ted Leonsis in 2010, coupled with the selection of Kentucky Wildcat prodigy John Wall with the top overall pick in that year’s draft, marked a serendipitous new beginning for our capital city team. An ambitious new owner and a fresh franchise centerpiece surpass the brainier executive overhaul and the cheaper-feeling coaching change as the tried-and-true fanbase-inspiring mechanisms at a team’s disposal. For the Wizards, 2010 was tabula rasa.

The franchise soon became one of the earliest to adopt the supposed “Oklahoma City Model” of roster development. Adopting this model, a new age take on the “San Antonio Model,” essentially means performing poorly, yielding a series of high-level draft picks, and selecting players of prodigious skill and character that will constitute the organizational foundation of the future. In this vision the core matures together into an idyllic athletic unit and seizes glory for its adopted hometown.

The Wizards, per the Oklahoma City Model, find themselves in a promising position. This is a franchise that has been so fortunate as to have consecutive first-class draft picks in the last four drafts, yielding John Wall (first), Jan Vesely (sixth), Bradley Beal (third), and Otto Porter (third). Calling it fortune when it blossomed from ineptitude is not, in fact, entirely derisive: Washington had only the fifth-worst record in 2010, so Wall was quite a windfall, and in 2013 leapfrogged from seventh to third thanks to some lottery luck.

Even setting aside Vesely, who declined dramatically in his second year, and whose 31% free-throw mark is just the sort of leg-up he needs to legitimately qualify for worst player in the league, the remaining Wall/Beal/Porter triumvirate is encouraging. Statistically, Wall resembles a young Stephon Marbury, not a terrible on-the-court outcome. Bradley Beal was a good-not-great college player whose rookie season actually did look something like Ray Allen’s (his primary draft-day comparison) and who, if he continues to march to Allen’s drum, could be a bona fide stud in two or three years. And Otto Porter, a shaky prospect in maybe too many ways, is still a player who improved in every imaginable way from his freshman to his sophomore year and is regularly lauded for his work ethic.

The trouble, in the end, is that the Oklahoma City Model is a fallacy, even beyond its be-bad-to-be-good hocus pocus and its too-easy narrative tidiness. With the second, fourth, and third picks in consecutive drafts, the Thunder amazingly, impossibly, yielded three of the top 10 or 15 players in the NBA, a clear testament to the Thunder’s unique capacity for talent evaluation and development. It was also insanely lucky, all due respect. Slide that window back one year and, with those same picks, Oklahoma City drafts LaMarcus Aldridge, Mike Conley Jr., and O.J. Mayo. Good, but, not as good. Point is, even at their most prosperous, can we reasonably expect Washington’s core to match one of the more impressive roster constructions in modern NBA history?

And anyway, how rare is it that a young squad actually rides it all the way out together? Besides the recent panic-induced unraveling of the Thunder’s core trio (giving new meaning to “the Oklahoma City Model” it would seem), we witnessed the premature dissolution of the Three J’s, the Kevin Pritchard-era Blazers (admittedly wrecked by injuries), the Millennium Clippers, and however many incarnations of the Baby Bulls, just to name some recent illustrations. Financial considerations and skill compatibility and ego maintenance and management’s insatiable urge to chase shiny objects ultimately railroad such squads, much more often than not.

And this is precisely why the Wizards can’t survive the Fandom Games. It’s not failure to launch, exactly, but something more like: doubtful to launch. Washington seems inspired by a fundamentally flawed design and, if history is any indication, is not on the cusp of taking off, but rather of coming apart.