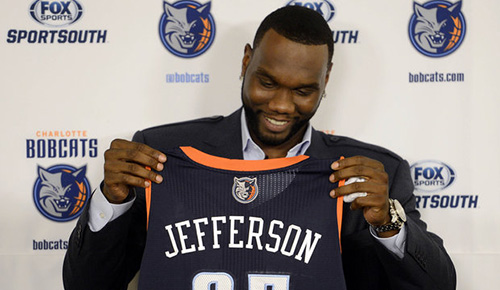 The inaugural NBA Fandom Games have arrived at an inopportune time for the Utah Jazz. At almost any point in the last 30 years, the Jazz would have been well-positioned to make a deep run in the Fandom Games, perhaps in some instances as the favorite. The Jazz are a franchise built for this occasion because the Jazz are a franchise that fans can live and die with, and have for decades. They are a shining example of sport and competition at a time where clubs more closely resemble multinational corporations than they do basketball teams.

This is a franchise that long ago adopted a grind-it-out approach to the game that has since gone out of fashion, and yet instead of abiding by the basketball zeitgeist and changing with the times, the Jazz have remained unwaveringly true to their identity. They play gritty, unsophisticated defense, regularly leading the league in fouls committed, and they rely on a conservative offense devoid of three-point shooting (the Jazz have attempted the fewest threes in the NBA in the last 10 years, fewer than even the Charlotte Bobcats, who’ve only been around for nine). “Conservative” might in fact be an understatement. It’s a pre-merger offense. It’s archaic.

This description reads like mockery, and in our modern era of seismic change and limited patience, the Jazz should probably be a laughingstock. But this model, however it may appear relative to the game’s contemporary developments, has yielded favorable results, year-in and year-out. These last few seasons have ranked among the Jazz’s least successful, and yet they’ve still won more than they’ve lost, particularly noteworthy given the departure of the NBA’s longest-tenured coach, Jerry Sloan, as well as the untimely death of long-time owner Larry Miller. Faced with massive, ground-shaking change, the Jazz kept on winning.

None of this is to say that the Fandom Games don’t reward adaptation and innovation, but in a league where the so-called Oklahoma City Thunder Model has seized naïve and conservative front offices across the nation, and where the latest trends often yield short-sighted and dramatic shifts in the direction of several franchises at once, the Jazz stand out. They believe in what they do not because the pundits support it, or because it garners buzz, but because it works for them and it always has.

The basis for the Jazz’s elimination from the Fandom Games centers on some uncertainty regarding the team’s agenda this summer and beyond. Because in the summer of 2013, with the Jazz toiling at the back end of the lottery and with several starters coming off the books, with the franchise facing a crucial moment in its history, the grind-it-out, compete-at-all-costs Jazz may have done what the Jazz would never be expected to do: sacrifice a season.

All teams go through rebuilding periods. Some do so boldly and recklessly (Boston is our best current example), while others go to greater lengths to soften the blow, as was the case in Salt Lake City in 2003. Following the departure of franchise legends Karl Malone and John Stockton, the Jazz did not dramatically bottom out, but rather stunned the league with a 42-40 record, and within four years of the their bedrock crumbling, the Jazz were back in the Western Conference Finals. This approach to transition spoke to the team’s commitment to its fans and to winning, and to its character.

But this time out there’s a whole new crew in charge, and it’s hard to tell whether that same commitment exists. Miller’s death put the franchise in the hands of his son Greg, an arrangement that holds no promises of inherited vision (the Los Angeles Lakers can attest), and his reign has been predictably tumultuous: the 2011 overhaul that saw franchise centerpiece Deron Williams dealt and Sloan removed from the bench was followed the next year by long-time GM Kevin O’Connor being replaced by San Antonio Spurs executive Dennis Lindsey. This type of turnover is unprecedented in Utah: in the 32 years since moving from New Orleans the team employed precisely two general managers and three head coaches. Same franchise, same colors, same family even, but it feels like a lot may have changed.

There’s undoubtedly cause for concern. Allowing Al Jefferson and Paul Millsap to leave town without compensation, and then taking on a slew of lousy contracts for the rights to Golden State’s draft picks (invalidating any notion that money was an issue), does not much feel like the Jazz of old. At the same time, that surprise 2003-2004 squad featured several young players, not unlike the current roster. Perhaps the Jazz believe they’ll be more competitive than meets the eye, and that watching every veteran leave town somehow serves the franchise’s immediate interests. With five elite prospects under age 24 looking at a glut of available minutes this season, it could be all the hand-wringing is for nothing, and that a quick return to contention is in the cards.

The organization’s notorious commitment to secrecy is certainly stoking this doubt. The Jazz figure to be near the bottom of the standings at year’s end, projected by ESPN to win 32 games, a number that feels maybe a little high. Or maybe not. If this is a willful bottoming out, the franchise has dramatically changed course under the new leadership, and this elimination is well-deserved. If not, and here’s to hoping it’s not, then the Jazz are primed for a deep run in the 2014 NBA Fandom Games.