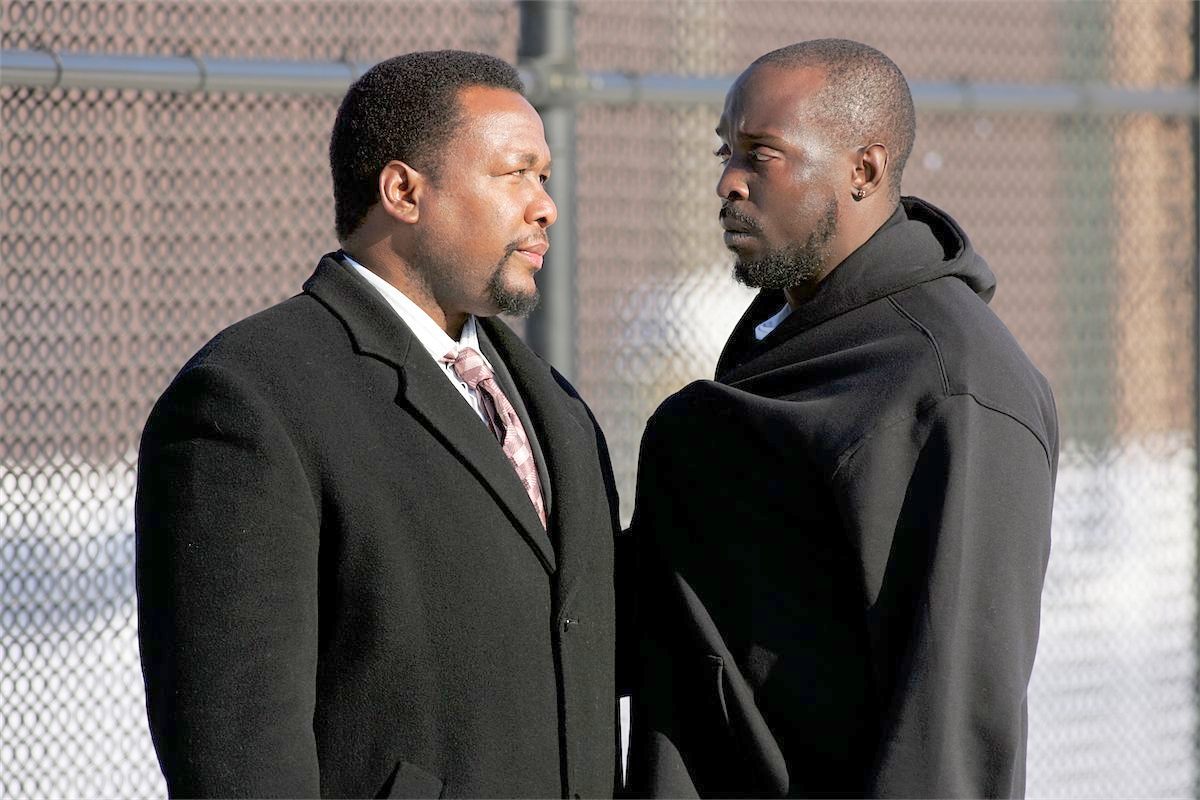 Selecting an image for an article with this much ranging material was difficult. I figured going with Bunk Moreland and Omar Little was a fair selection. Enjoy.

Pop Culture Spin experienced a great 2015 year. With a quality team of writers and editors, multiple excellent pieces of material came your way as the months turned. This article will revisit some of our strong highlights from 2015 with hopes that we can build upon them in 2016. I’ll be focusing on our core PCS team of writers with all of their author pages linked and some thoughts shared on what makes their articles worth reading. Much of what I’ll discuss will be their recent work, but feel free to dig deeper into the archives as well. If you already encountered any of this, read it again, share it, and prepare yourself for our 2016 content!

Lenny Burnham’s TV reviews, holiday themed lists, and “best of” pieces
Lenny, our Managing Editor, is primarily known in the PCS realm for being able to discuss any TV show with ease. His “25 Days of Christmas Episodes” and “26 Days of Thanksgiving Episodes” lists were wonderfully extensive holiday treats, and his best of 2015 material has been a perfect ending to the year. Follow Lenny for his reliable TV knowledge and rare wit.

Mike Bitanga’s unmatched movie content from reviews, trailers, and more
Our Senior Editor Mike is one of the best movie writers I’ve ever had the pleasure of reading. His recent reviews of 2015 have included The Hateful Eight, Room, and Star Wars: The Force Awakens. Each provides an overview you’d be lucky to find anywhere else on the web. For anyone looking to read a classic “movie guy” who will always provide a fair and developed opinion, follow Mike.

Drew Creasman’s ongoing stand-up comedy and comic book adaptation lists
Drew has been a constant fixture on the BMF Podcast, but of late he’s branched into a masterful PCS writer with a list specialty. His ongoing projects include a series on the 50 funniest stand-up comedians and the best comic book adaptations made in film or TV. Follow Drew for his unique style. Also watch out in 2016 as yours truly and Drew could be teaming up for joint list installments.

Sonny Giuliano/Dalton Baggett cohesively joining forces on Rocky + Creed and Dalton’s TV reviews
Sonny, a BMF editor, collaborated with Dalton on tremendous Rocky + Creed themed content. This included an interview with Creed writer Aaron Covington and some hilariously entertaining thoughts in different articles about the movie series as a whole. We also can’t forget Sonny’s piece on the top Christmas music. Dalton helped a ton this year on the TV end in reviewing both Fear the Walking Dead and The Walking Dead in addition to Supernatural. Be sure to follow Sonny for his ability to cover the sports and entertainment worlds, and follow Dalton for his TV wisdom.

Jeanie Weber’s TV reviews and strong humorous voice in her material
Jeanie provides PCS with top notch TV reviews that have covered Supergirl, Scream Queens, and Once Upon a Time. Her writing voice should appease fans of each series in her ability to be humorous but also insightful about plot details and predictions. Follow Jeanie because she’s probably reviewing or has reviewed a show you’re interested in.

Zach Bencomo’s anniversary pieces and knowledge of both old and new school entertainment
Zach carved out a niche this year with his anniversary content, touching on special dates of Batman Forever, Toy Story, Shaft, The Fresh Prince of Bel-Air, and more. For now, the best way to follow Zach is to visit our site whenever his next article drops. I promise that his anniversary pieces will bring you a fresh perspective on a popular hit.

Interviews and wrestling from Hector Diaz
Hector is a super gifted writer who interviewed two comedians in 2015 – Hannibal Buress and Mike E. Winfield. Check both out to kick January off with laughs. Beyond this, follow Hector because he’s a quality source for information in the wrestling and general sports world.

Patrick White’s movie material and love of cinema
Patrick has delivered some dynamic movie reviews such as ones on Steve Jobs, The Martian, and Straight Outta Compton. His passion for film is evident with each sentence as he brings readers deeply into where his mind goes during the watching experience. Follow Patrick for his movie dependability.

Awesome and strong comic book content from Gat Stevens
The man who goes by Gat Stevens for us at PCS has given our readers Valiant Comics Weekly material that should excite any fans of the genre. He has the knack for truthfully giving a respectable opinion on each entry. Follow him so you know what comics to read versus what to put down.

My The Wire list, interviews, and random nonsense
I had a few enjoyable projects this year. My 30-part The Wire list was a definite favorite, as was being able to interview director Bert Marcus, singer Sophia Danai, and model Emily Sears. My interview with Emily has been the piece I’m most proud of during my time with PCS and hopefully one that you gain insight from. Follow me if you feel like it.

There you have it, our primary sources of PCS greatness in 2015. Of course, none of what we do is possible without the leadership of our publishers Frank Lloyd, Dennis Velasco, and all the BMF/PCS voices who help guide our overall path. A particularly helpful person with PCS promotion and overall web creation knowledge on the BMF side that’s aided PCS has been Sandy Dover. 2015 brought numerous highlights that can be accessed above, and hopefully even more arrive in 2016. Thank you for rocking with us. Continuing to support us throughout the New Year would be a highly appreciated decision. If you’re looking to join the PCS team as a contributing writer, you can contact me through my above Twitter link and we’ll go from there. Happy New Year. Always.