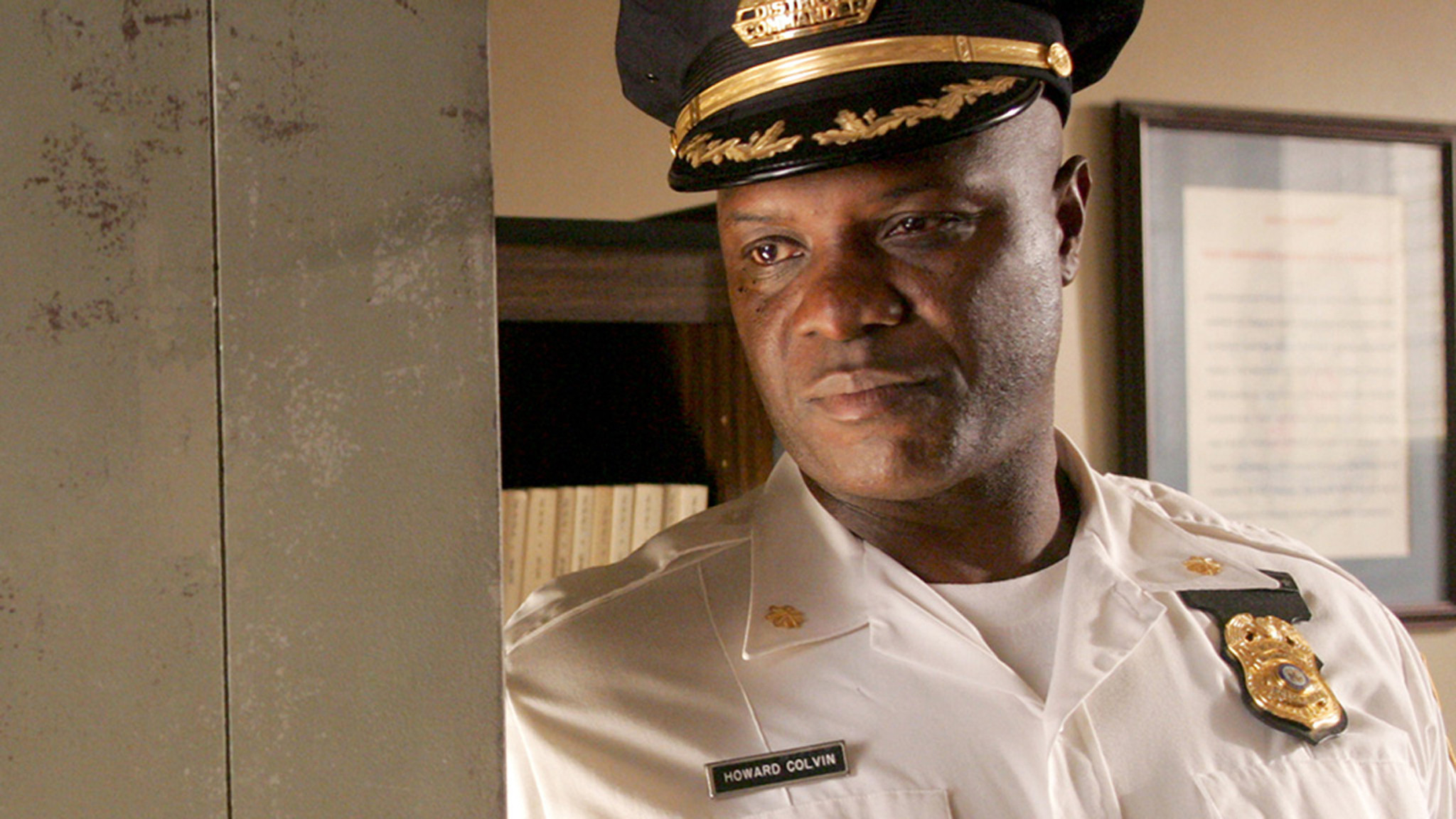 While disagreements may still come even with a lengthy series, I contend that 30 parts will be a plentiful total to give respect and please fans simultaneously. Certain days will feature two articles and thus two parts being published, others will just be one. If you’re a fan of The Wire and you find my series fulfilling, please share it with others. Pop Culture Spin appreciates your viewership and your efforts to spread the word. You will find each published entry in the series linked at the bottom of this article. Each fresh installment will link all published entries in the same spot. Landing next in the series, we have Howard “Bunny” Colvin, played by Robert Wisdom.

I used Colvin’s entire name in the title because Howard, Bunny, and Colvin were all choices the character was called during The Wire. When thinking of Colvin (my name choice for this article), one immediate thing should come to mind – the legalization of drugs. In season four, Colvin created the “Hamsterdam” portion of Baltimore with the effort of containing drug use to a single area that wouldn’t be interfered with by law enforcement. While successful in certain respects from Colvin’s eyes, this resulted in fury from his supervisors and his career in law enforcement ending.

Colvin also attempted to use social services within this regulation zone. Watchers could basically interpret Colvin as a messenger for David Simon since the show’s creator has always been for the legalization of drugs. Despite the anger from supervisors, Colvin’s mission appeared to work. But his early retirement eventually brought him into a line of work with Baltimore schools where he met and eventually adopted Namond Brice.

For his important roles within the drug trade and the education world, Colvin had a rare reach with The Wire. Other characters absolutely had more lines and appearances, but not many infiltrated the turning wheels of the system quite like Colvin. He was the kind of character who greatly improved the show even without becoming a popular fan favorite.