Trending
You are at:Home»Television»Revisiting ‘The Wire’ Characters Part 29 – Kima Greggs
By Tyler Birss on December 28, 2015 Television 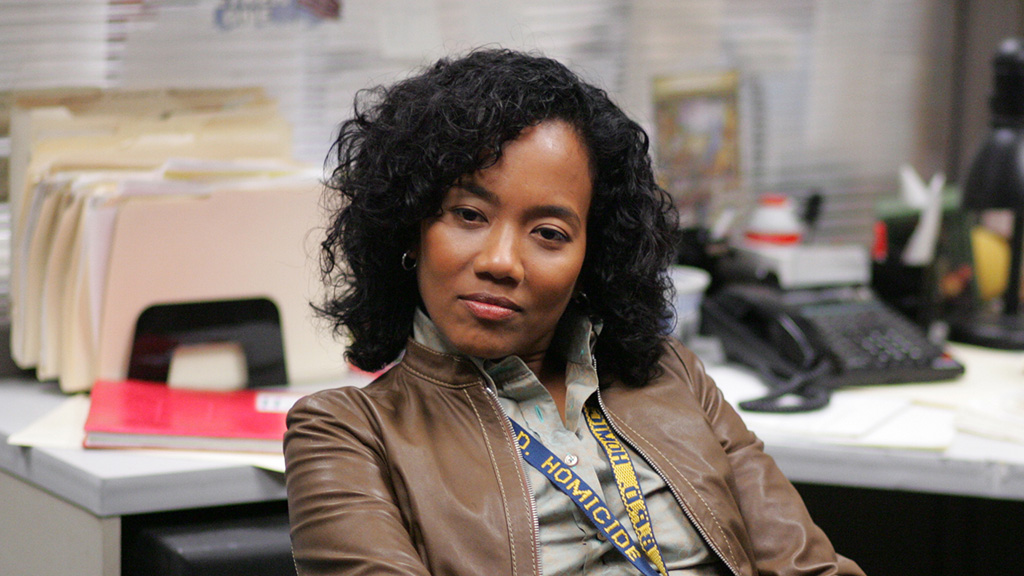 Ongoing for two more entries, this article included, I will be revisiting some of the best characters to appear in HBO’s The Wire. My series will end up being a 30-part piece of admiration to the greatest show in entertainment history. With lists come inevitable omissions and controversies, and The Wire is known for amassing a selection of numerous legendary figures. This list will be my best attempt to pay homage to these characters, ranging from popular fan favorites to occasional lesser known ones who made an impact. Parts are placed in no special order.

While disagreements may still come even with a lengthy series, I contend that 30 parts will be a plentiful total to give respect and please fans simultaneously. Certain days will feature two articles and thus two parts being published, others will just be one. If you’re a fan of The Wire and you find my series fulfilling, please share it with others. Pop Culture Spin appreciates your viewership and your efforts to spread the word. You will find each published entry in the series linked at the bottom of this article. Each fresh installment will link all published entries in the same spot. Landing next in the series, we have Kima Greggs, played by Sonja Sohn.

Kima was a top notch detective who we thought might not last through season one. Near the end of that masterpiece, Kima was shot during an undercover bust operation. Considering how we learned of David Simon’s willingness to kill off primary characters throughout the show, we’re lucky to look back in hindsight and remember Kima’s presence on all five seasons.

One could argue Kima as the top female character of The Wire. I hate to use this label since characters are simply characters regardless of gender, but a constant criticism of Simon’s show has been the lack of strong female personalities. When conducting this list, I found this trend to be true in that the only female figures I saw as deserving of inclusion were Snoop and Kima. On Tuesday, 12/29, I’ll be releasing a final article discussing aspects such as this noteworthy trend, omissions, and how to promote this 30-part list.

Back to Kima specifically. She was one of those figures who created a vibe of reassurance. Sure, she was flawed in her infidelity and mirroring of Jimmy McNulty’s less than perfect tendencies, but she was both realistic and necessary for the show. Whatever primary case was happening with The Wire, Kima had some sort of involvement. She was dedicated to the force and never wavered in her commitment. Whether it was McNulty, Bunk Moreland, Lester Freamon, or anyone else in Baltimore’s police world, Kima had a meaningful relationship with them.

Call me repetitive for bringing this up throughout this series, but the best part of The Wire was season one’s pursuit of Avon Barksdale and Stringer Bell. In this search and beyond, Kima was pivotal to Simon’s project. And in a male dominated show that didn’t leave much room for female characters to shine, Kima’s greatness is even more memorable.