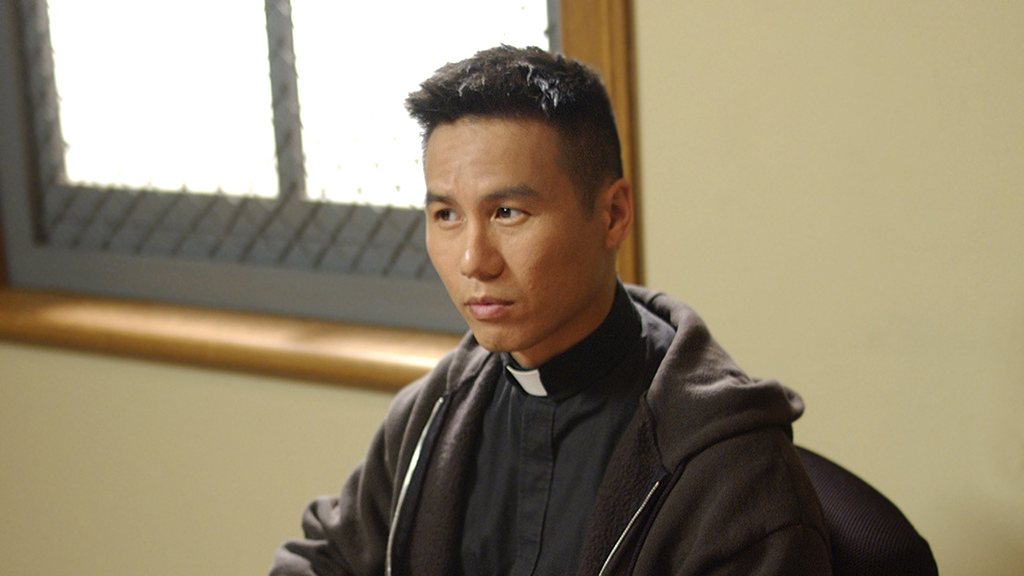 Subjective lists are inherently debatable as personal tastes and individual responses determine how a given character is viewed. In other words, disagreements/omissions will be a reality. The majority of days (weekends included) will feature either one or two articles from this list being published. Exceptions will be if I have an interview or otherwise important project to publish, in which case the Oz series may take a brief break. All prior entries will be linked at the bottom of every fresh article. If you’re a fan of the show and appreciate this project, please promote it widely and spread the word. Pop Culture Spin appreciates your efforts. Up next in the list, we have Father Ray Mukada, played by B.D. Wong.

Father Mukada was arguably the most unique character in Oz. Priests and other religious figures have long been featured in television, but not many had prison as their backdrop. Father Mukada genuinely cared for the inmates and made himself available to them for their needs. It seemed possible Father Mukada would die in Season 1 when he was taken hostage during a riot. However, despite sometimes being annoying with his personal thoughts and seeming like a prime sacrifice candidate, Father Mukada was able to survive the entire series.

He develops a special connection with Miguel Alvarez, one that’s tumultuous and commendable. The pair had constant ups and downs. During Oz‘s run, Father Mukada seemed to have a part in the business of numerous people. He was a staff member who fully immersed himself in the prison environment rather than solely caring for staff and acting out of self preservation. This would sometimes cause issues for him since many of the inmates wouldn’t accept someone who wasn’t one of their own. Through a riot, hostage situations, and a horrific bus crash, Father Mukada somehow managed to keep his faith, at least for the most part.

Throughout this list, staff members will be peppered here and there in addition to the inmates. For Oz to feel realistic and sustainable, figures like Father Mukada had to thrive. Focusing exclusively on inmates wouldn’t have given Oz a large enough scope. Although Father Mukada wasn’t one of my favorite characters, he was a primary part of the show during its entire run. He made audiences ponder the role of divinity and spirituality in a place of hopelessness and pain. For these reasons, we’d be wrong in forgetting the priest of Oz.