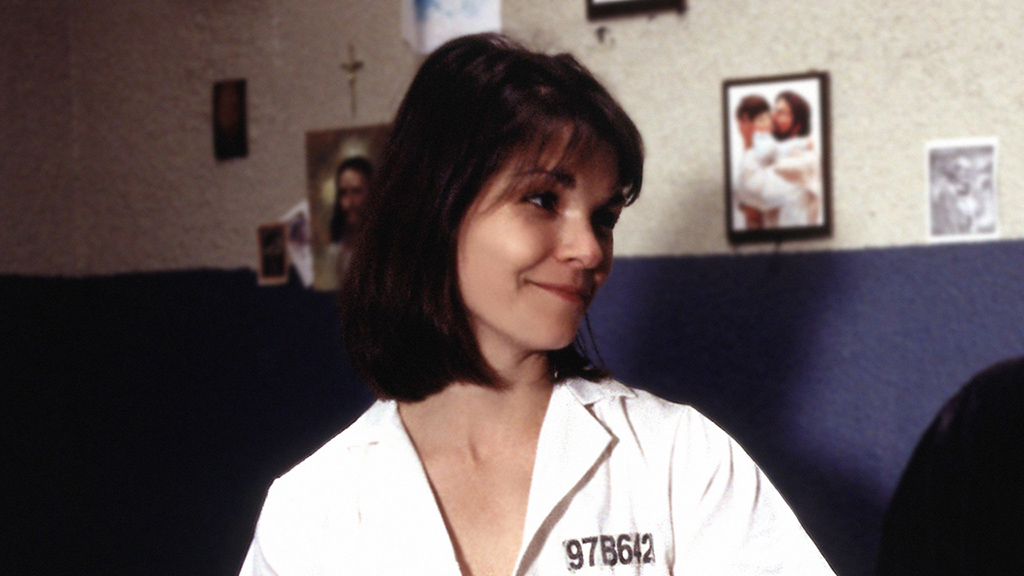 Subjective lists are inherently debatable as personal tastes and individual responses determine how a given character is viewed. In other words, disagreements/omissions will be a reality. The majority of days (weekends included) will feature either one or two articles from this list being published. Exceptions will be if I have an interview or otherwise important project to publish, in which case the Oz series may take a brief break. All prior entries will be linked at the bottom of every fresh article. If you’re a fan of the show and appreciate this project, please promote it widely and spread the word. Pop Culture Spin appreciates your efforts. Up next in the list, we have Shirley Bellinger, played by Kathryn Erbe.

Shirley Bellinger was a crazy lunatic who deserves to rot in television hell. That much is a given. However, her chilling detachment from the basic decency of humanity did provide a memorable nature, especially when taking into account how she was the only female Oz incarcerated. She was a child killer – driving her own daughter into a lake only to flee as the car sank as her child drowned. Yes, the worst of the worst, but still drooled over by prisoners and guards because of her gender.

She famously had affairs with multiple people in exchange for beneficial treatment. Her personality was terrifying in how trivial and far removed she could sound on the most sickening topics. It was as if Shirley could sleep comfortably at night despite murdering her own child. Erbe captured the horrific personality traits of Shirley quite well – leaving most scenes she was involved with as undeniably strong ones.

For those hoping for ripe justice and sweet vengeance, they were likely pleased by Shirley’s execution. Even those against the death penalty likely wouldn’t have shed any tears or been at all negatively impacted by seeing a despicable human such as Shirley be eliminated from the planet. Even writing about her character is difficult to do since Erbe brought this child killer to life with such uncompromising conviction. That stated, Oz was a violent and cruel place, meaning Shirley was merely one of many disturbed individuals. Her crime, however, should be categorized as the worst. That level of evil combined with her rare female prisoner status on the show makes her difficult to remove from memory.