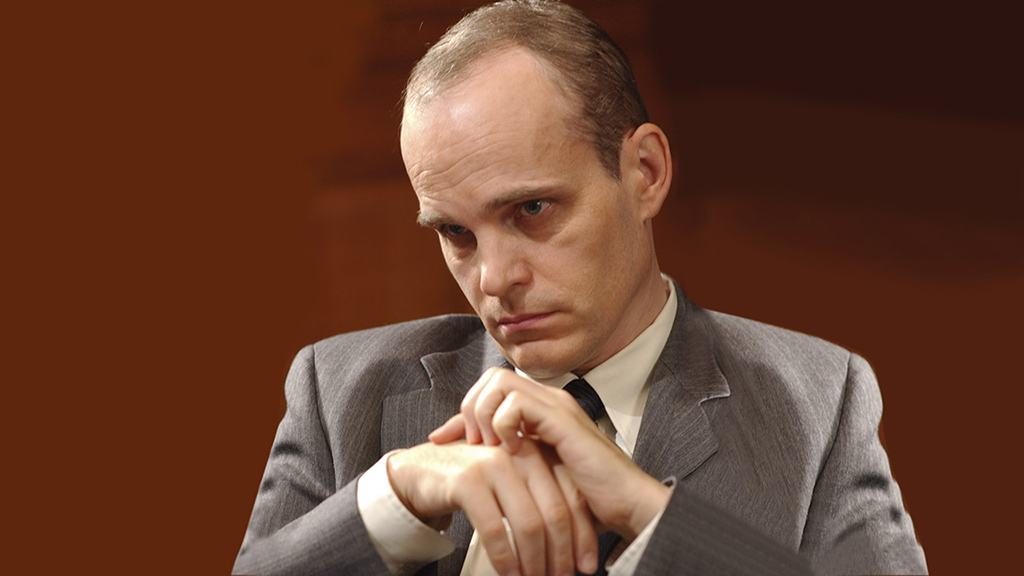 Subjective lists are inherently debatable as personal tastes and individual responses determine how a given character is viewed. In other words, disagreements/omissions will be a reality. The majority of days (weekends included) will feature either one or two articles from this list being published. Exceptions will be if I have an interview or otherwise important project to publish, in which case the Oz series may take a brief break. All prior entries will be linked at the bottom of every fresh article. If you’re a fan of the show and appreciate this project, please promote it widely and spread the word. Pop Culture Spin appreciates your efforts. Up next in the list, we have Governor James Devlin, played by Zeljko Ivanek.

Much like I discussed in my entry on Warden Leo Glynn, there were particular characters in Oz who went into the operational and business aspects of running a prison. While Devlin didn’t run Oz, and his status as to which state he governed was never exactly a talking point, he still was a primary figure who had a major impact on HBO’s show. Devlin was selfish, ruthless, and egocentric. He had no care for helping the prisoners or appeasing the general public.

When it comes to easiest characters to hate on the show, Devlin would be near the top. For anything negative I stated about Leo Glynn, multiple that in excess and you’ll have my overall sentiments for Devlin. However, I appreciated his character being included since he was in fact realistic. Extreme and stretched at times, but realistic overall. Not every political figure is out to better the community and solve societal problems. Just like in any facet of life, politics being no different, there are people solely out for themselves and no one else.

A fun game to play if you’re ever rewatching Oz would be to count how many times a Devlin scene makes you want to punch him in the face. Comically enough, Ivanek is an admirable actor who I’ve basically always enjoyed in all of his other roles. And even in Oz, his villainous behavior was captured strongly. In other words, the acting of the character was fine, but the character himself was detestable. Given his power and role, though, Governor Devlin is an easy choice for inclusion on this list. Any successful drama features characters that audiences enjoy hating.