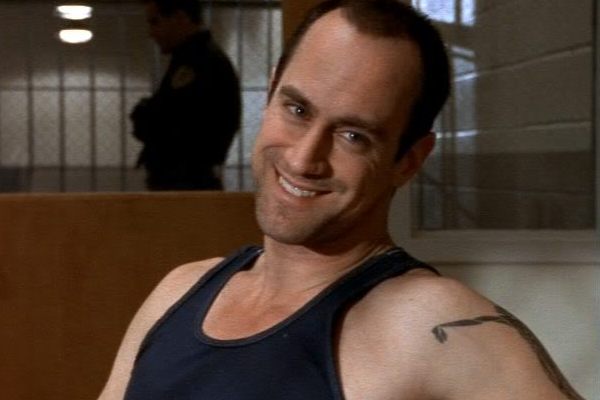 Subjective lists are inherently debatable as personal tastes and individual responses determine how a given character is viewed. In other words, disagreements/omissions will be a reality. The majority of days (weekends included) will feature either one or two articles from this list being published. Exceptions will be if I have an interview or otherwise important project to publish, in which case the Oz series may take a brief break. All prior entries will be linked at the bottom of every fresh article. If you’re a fan of the show and appreciate this project, please promote it widely and spread the word. Pop Culture Spin appreciates your efforts. Up next in the list, we have Chris Keller, played by Christopher Meloni.

Meloni is mostly recognized for his longstanding role on Law & Order: Special Victims Unit, but don’t sleep on what he did for Oz. In a sea of degenerates, criminals, and selfishly motivated creeps, Meloni as Keller might have been the craziest. Or at least the most remorseless. He operated solely out of self interest and is described in many character bios as sociopathic. Keller had a love interest with Tobias Beecher throughout the series, but Keller also broke Beecher’s heart and made his life a living hell.

His last move, one that seemed to be out of selfishness, was falling from a railing to his death. Keller framed this situation as being the victim of a Beecher push – the reality, however, was Keller either falling on purpose and losing his balance. It nevertheless showed how far Keller would go to have control or be manipulative over another person. Before his death, Keller murdered a ton of people on Oz. He killed multiple people prior to a life behind bars, because, after all, he was a serial killer, and inside the prison walls, he would murder during oral sex, via anthrax, and in frenzied mutilation. A sicker man than Keller never existed during Oz‘s run.

Ridiculously enough, even after snapping Beecher’s limbs and putting him through a prison nightmare, Keller’s anthrax actions were to eliminate Aryan members who would have otherwise retaliated against Beecher if they lived. Keller’s lack of predictability made him an explosive and riveting character that should be remembered, and still is, long after Oz left us. His craziness and criminality was always believable because of the chilling detachment that Meloni provided.

If we’re talking individuals from Oz you wouldn’t want to be trapped in a cell with, Keller would be on that short list. Perhaps the only more feared and indiscriminately violent inmate would be Simon Adebisi. It’s fitting that Keller’s last moment in TV earth was a broken neck since breaking and destroying were constant fixtures of his life.