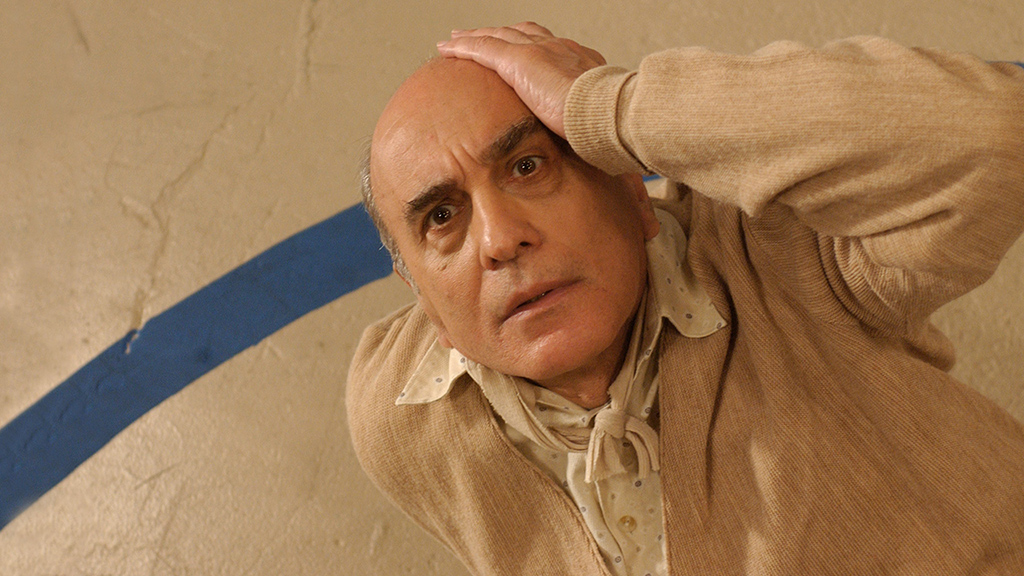 Subjective lists are inherently debatable as personal tastes and individual responses determine how a given character is viewed. In other words, disagreements/omissions will be a reality. The majority of days (weekends included) will feature either one or two articles from this list being published. Exceptions will be if I have an interview or otherwise important project to publish, in which case the Oz series may take a brief break. All prior entries will be linked at the bottom of every fresh article. If you’re a fan of the show and appreciate this project, please promote it widely and spread the word. Pop Culture Spin appreciates your efforts. Up next in the list, we have Bob Rebadow, played by George Morfogen.

What a strange person Bob was. The elder of Oz, a survivor of a failed execution attempt, and one who blended in rather than pursuing trouble, Bob was truly a unique character. He was a short, bald man who other inmates largely left alone because of his age and harmlessness. Bob usually represented comic relief of sorts – his botched execution was the result of a power surge that saw Bob go to the medical unit for injuries rather than the grave for his death. As he received treatment, the death penalty was abolished, causing Bob to be a lifer rather than a death row inmate.

In spite of his age, Bob survived Oz‘s entire run, a rare feat for a show that loved to kill off primary characters. As mentioned in Simon Adebisi’s article, the debut piece of this list, HBO’s commitment to destroying those we love has grown into a regularity for the network giant. It was nice to see Bob survive since any situation in which he died would’ve been difficult to watch. He was hopeless to defend himself and lived out of other inmates having the collective decision not to kill him instead of any great self defense practices Bob had.

Beyond his inability to die as a character, Bob was known for strange rants and odd statements. He could sometimes speak in a chilling style which bordered in nonsensical lunacy. Bob also had a period of aggressive behavior, but this was later attributed to a brain tumor which was removed and made Bob return to normal. Since he survived the entire show, was one of the oldest and wisest inmates in the prison population, and certainly carved out an individual personality, Bob deserves to be remembered.