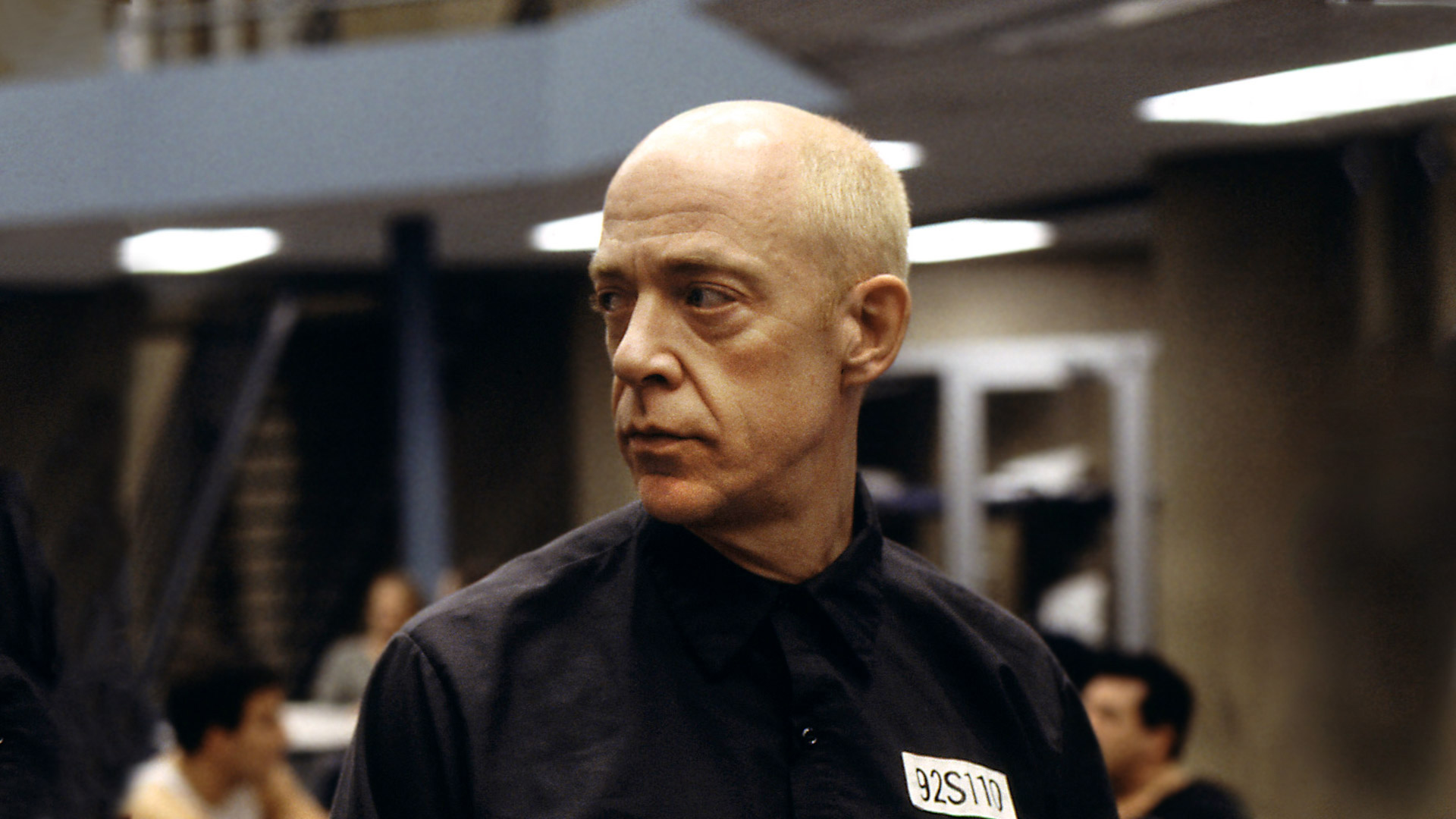 Subjective lists are inherently debatable as personal tastes and individual responses determine how a given character is viewed. In other words, disagreements/omissions will be a reality. The majority of days (weekends included) will feature either one or two articles from this list being published. Exceptions will be if I have an interview or otherwise important project to publish, in which case the Oz series may take a brief break. All prior entries will be linked at the bottom of every fresh article. If you’re a fan of the show and appreciate this project, please promote it widely and spread the word. Pop Culture Spin appreciates your efforts. Up next in the list, we have Vernon Schillinger, played by J.K. Simmons.

Simmons has something of a ubiquitous face – from Juno to Whiplash, Broadway to Farmers Insurance, the actor has made the rounds. But he was once an Aryan Brotherhood leader who could easily be regarded as one of the 1990’s most vile TV villains. That title could definitely be expanded into the 2000 era as well. Schillinger raped inmates repeatedly and governed his surroundings by intense fear. Beyond his violence behind bars, Schillinger had control on the outside which sometimes caused guards to allow the white leader to get away with what other prisoners would be reprimanded over.

Most famously, Schillinger tormented Tobias Beecher, both physically and psychologically. The horrors Schillinger inflicted on Beecher far surpassed anything I had ever seen one human being do to another on a TV screen prior to Oz. Throughout my composition of this list, I’ve had the opportunity to reflect on the series as a whole which has resulted in a greater understanding of how ahead of its time Oz was. There are still many modern dramas that would never show the sexual violence, particularly male on male, that Oz did. Schillinger was responsible for this depravity as much as any other inmate.

It was difficult to feel sympathy for a character like Schillinger, but when that bus crash happened that killed a slew of Oz inmate family members, it was easy to feel the weight that tragedy carried. Aside from that one moment that was undeniably a fleeting one, Schillinger was purely ruthless and warranted no emotional response from viewers. One could actually argue Schillinger as a sexual sadist – it wasn’t the sex as an act that drove him, it was the pain and control he demanded over another. This aspect of his character was revealed countless times throughout six seasons.

When Oz finished, it was Schillinger’s horrific mistreatment of Beecher that was his end. With the Aryans working in the mail room, an anthrax bomb decimated their core. Beyond that, during the memorable Macbeth play that the show put on, Beecher stabbed Schillinger with what was supposed to be a toy knife. It in fact was a real one, marking ripe vengeance for Beecher, and deserved payback on Schillinger. While no one can condone his actions or behavior, Schillinger was encompassed remarkably well by Simmons, and he was possibly the most sadistic inhabitant of a world occupied by murderers, rapists, and degenerates.