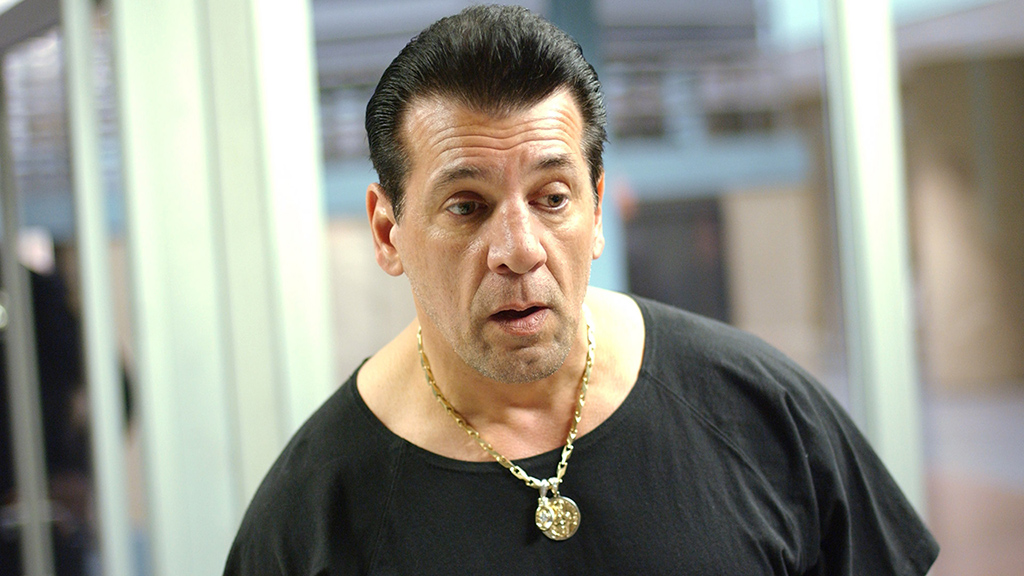 Subjective lists are inherently debatable as personal tastes and individual responses determine how a given character is viewed. In other words, disagreements/omissions will be a reality. The majority of days (weekends included) will feature either one or two articles from this list being published. Exceptions will be if I have an interview or otherwise important project to publish, in which case the Oz series may take a brief break. All prior entries will be linked at the bottom of every fresh article. If you’re a fan of the show and appreciate this project, please promote it widely and spread the word. Pop Culture Spin appreciates your efforts. Up next in the list, we have Chucky Pancamo, played by Chuck Zito.

In the physical intimidation category, Pancamo would be rated highly among his fellow Oz inmates. An enforcer with bulging muscles and slicked back hair, Pancamo was part of the “Wise Guys” group – an Italian portion of Oz with mafia ties. For the physicality and the criminal connections, this inmate wasn’t one you wanted to cross.

Pancamo’s character made his debut during Season 2, and he had a major impact on the series. When Oz finished, it was the Italians who controlled the prison drug trade. Through violence and a type of divide/conquer method, Pancamo and his running mates would eliminate certain important figures and intimidate others. Character bios don’t have Pancamo’s kill count as particularly high, but there was at least metaphorical blood on his hands in numerous instances even when it wasn’t literal.

One of the dynamics to any prison show – whether it’s a reality based one or something solely for entertainment purposes – is the sects and gangs that exist within its quarters. This was never more apparent than when watching Pancamo and his fellow “Wise Guys” conduct business. Perhaps no place outside of our nation’s capital has more politics than a prison, at least that’s how they’re portrayed on TV. In his own violent and distorted way, Pancamo was one of the many politicians, or at least politically motivated, members of Oz.