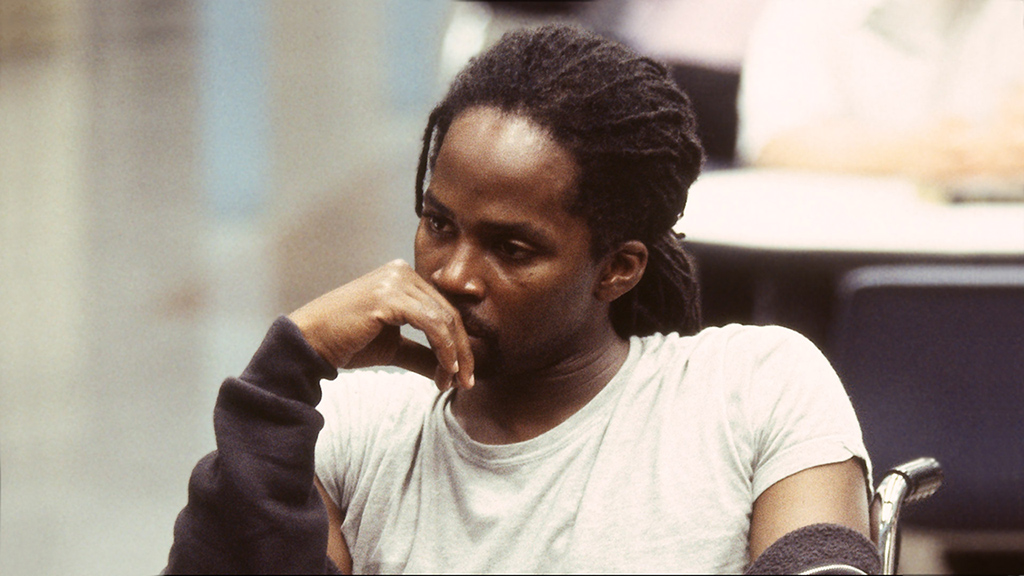 Subjective lists are inherently debatable as personal tastes and individual responses determine how a given character is viewed. In other words, disagreements/omissions will be a reality. The majority of days (weekends included) will feature either one or two articles from this list being published. Exceptions will be if I have an interview or otherwise important project to publish, in which case the Oz series may take a brief break. All prior entries will be linked at the bottom of every fresh article. If you’re a fan of the show and appreciate this project, please promote it widely and spread the word. Pop Culture Spin appreciates your efforts. Up next in the list, we have Augustus Hill, played by Harold Perrineau.

If you don’t remember Augustus Hill, I’m not sure you watched Oz with your eyes open. He was both the narrator of the show and the only character who had a wheelchair. Yes, the wheelchair part is the giveaway of why Hill should be remembered. Out of the many death scenes Oz provided, Hill’s was perhaps the saddest and most profound. He defended his adoptive father from a knife attack but was stabbed himself in the process. Famously, with Tim McManus at his side, Hill uttered the following words before leaving the earth forever – “I can feel my legs.”

This was a genius line for the writers to include. So much of Hill’s time on Oz was spent rolling around the prison grounds. If for some out of body experience or otherwise divine intervention type of situation Hill was actually able to feel life vibrating from his previously paralyzed legs, I suppose on some level he died with a degree of peace. Violent death, yes, but a profound way to exit.

Nostalgia comes in heaviness when discussing Hill. He was literally the voice of Oz, a comforting sound that fans grew to expect with each episode. I remember watching Oz during Hill’s death and not knowing how to respond once the episode finished. I was angry at the creators for eliminating Oz‘s voice, but in time, it was understandable in the context. Oz was a place of chaotic violence and devastating unpredictability. It would’ve been unreasonable for us to assume all of our favorites would’ve survived the entire show.

When looking back on HBO’s first dramatic series, the first thing coming to mind is the number of legendary characters. This conversation can’t begin without Augustus Hill. He’s right up there with Simon Adebisi, Kareem Said, and a couple of others when it comes to personal favorites. Most of the Oz characters would be summoned to fictitious TV hell upon their deaths. For Hill, I’d like to believe heaven would be an option, still feeling those legs as he’s walking on clouds.