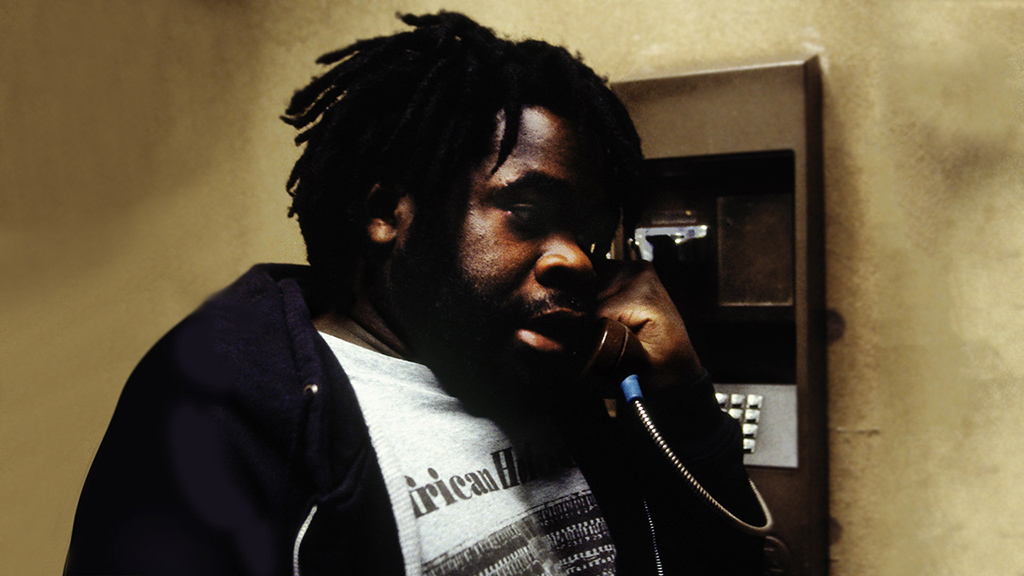 Subjective lists are inherently debatable as personal tastes and individual responses determine how a given character is viewed. In other words, disagreements/omissions will be a reality. The majority of days (weekends included) will feature either one or two articles from this list being published. Exceptions will be if I have an interview or otherwise important project to publish, in which case the Oz series may take a brief break. All prior entries will be linked at the bottom of every fresh article. If you’re a fan of the show and appreciate this project, please promote it widely and spread the word. Pop Culture Spin appreciates your efforts. Up next in the list, we have Arnold “Poet” Jackson, played by Craig Grant AKA muMs da Schemer.

Poet was, you guessed it, the poet of Oz. Known for writing rhymes and performing rap/spoken words pieces to anyone willing to listen, Poet was an entertaining performer. He actually got paroled fairly early in the show with the help of Kareem Said, but if you’re going to stay a free man, killing a drug dealer probably isn’t the best method. The murder puts Poet back behind bars where he lives for the remainder of the series. Key point being he lives – most characters who played a role in every season were eliminated.

While Poet was a smart individual, this intelligence didn’t translate into criminality. He preferred getting high off drugs than selling them, and he took no issue with beginning fights without the presence of backup. Poet was gifted on verses and wise with his words, his actions, however, weren’t always the sharpest decisions. He was mainly just an occasional poet during Season 1 – the following episodes were when he became a regular member of Oz.

At one point in the series, Poet started going by his first name, Arnold. But we’d be foolish to refer to him as anything other than Poet. In a sea of anger and deceitfulness, Poet managed to maintain his artistic creativity, even if sometimes his drug habit and criminal stupidity came in the way. When looking back on Oz, thinking about Poet performing raps and spoken word provides a little bit of warmth in what was otherwise a dark and unforgiving place.