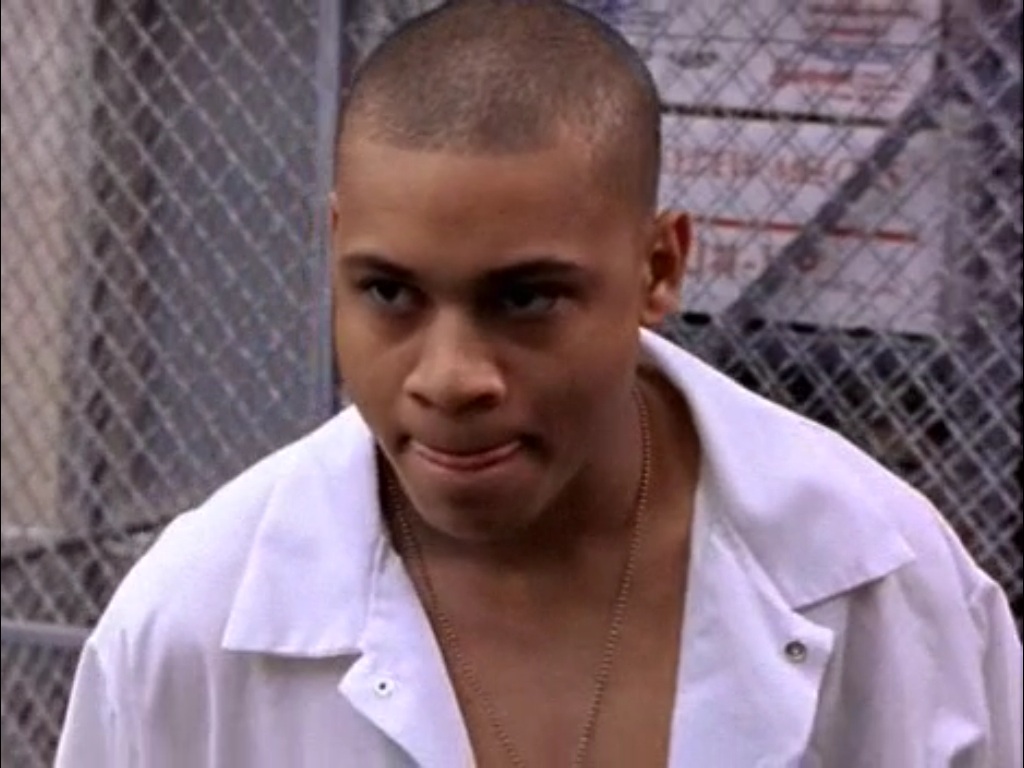 Subjective lists are inherently debatable as personal tastes and individual responses determine how a given character is viewed. In other words, disagreements/omissions will be a reality. The majority of days (weekends included) will feature either one or two articles from this list being published. Exceptions will be if I have an interview or otherwise important project to publish, in which case the Oz series may take a brief break. All prior entries will be linked at the bottom of every fresh article. If you’re a fan of the show and appreciate this project, please promote it widely and spread the word. Pop Culture Spin appreciates your efforts. Up next in the list, we have Kenny Wangler, played by J.D. Williams.

Anyone who read my 30-part The Wire list knows that J.D. Williams had his turn there as Bodie Broadus. While Williams as Kenny in Oz nowhere nears his greatness as Bodie in The Wire, the prison character was nevertheless a strong figure who acted as an important secondary personality for much of the show. Another aspect of why Kenny was less easy to like than Bodie was Kenny’s abrasiveness – he straight up wasn’t easy to root for or sympathize with.

Kenny had drug abuse issues throughout Oz, and he was also a dealer. Simon Adebisi may not have claimed ownership status over Kenny, but that was the implied reality. The pair had a tumultuous relationship that featured constant bickering and overall dysfunction. Kenny was the type of inmate who swarmed toward problems, something of a magnet for issues.

In the end, it was Kenny’s issues with Adebisi that doomed him and caused his death. The ever evolving schemer, Adebisi had a gun placed into Oz and put it in the cell of the lunatic and victim target Guillaume Tarrant. Since Kenny and some of his buddies had been focusing their malicious efforts on Tarrant, the French inmate murdered Kenny along with multiple other people. I was pained during multiple Oz deaths, Kenny’s was not one of them. He was an obnoxious and difficult personality. Due to about four seasons of screen time and a say in the overall scope of the show, however, Kenny deserves to be included on a list of this length.