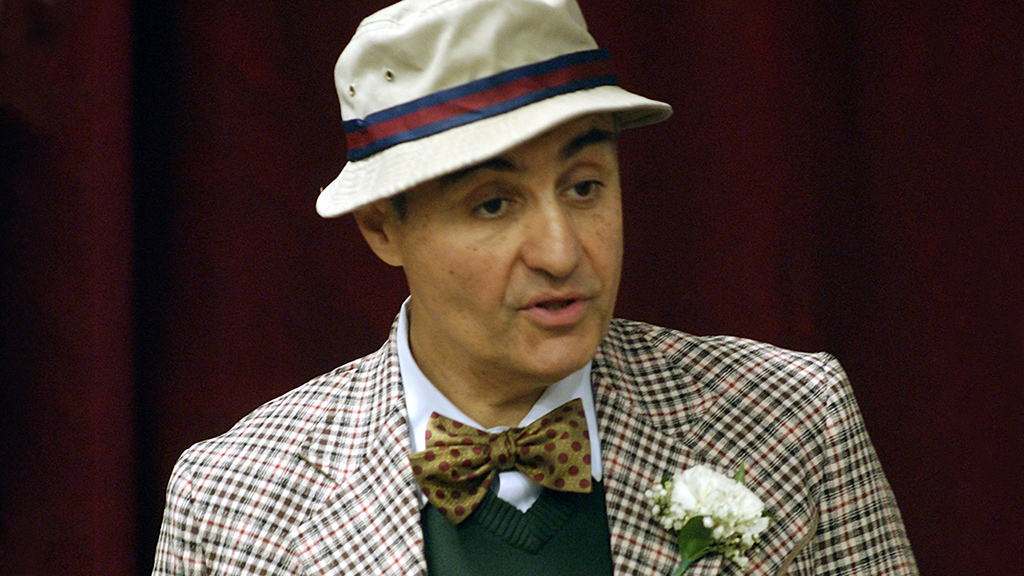 Subjective lists are inherently debatable as personal tastes and individual responses determine how a given character is viewed. In other words, disagreements/omissions will be a reality. The majority of days (weekends included) will feature either one or two articles from this list being published. Exceptions will be if I have an interview or otherwise important project to publish, in which case the Oz series may take a brief break. All prior entries will be linked at the bottom of every fresh article. If you’re a fan of the show and appreciate this project, please promote it widely and spread the word. Pop Culture Spin appreciates your efforts. Up next in the list, we have Agamemnon Busmalis, played by Tom Mardirosian.

Busmalis was primarily known as the close friend and confidant to Bob Rebadow, two of the elder inmates in Oz. He’s called “the mole” because of his fascination with digging – something that would perhaps be better referred to as an obsession. Busmalis landed behind bars after being caught attempting to rob a bank and escape through a tunnel. Despite his criminality, Busmalis is mostly harmless and surely acts as one of the easiest targets of the show.

For most of his time on Oz, Busmalis kept a low profile. He was nearly killed during Season 3 after a tunnel that Busmalis and Rebadow had made – one overtaken by two Aryans – collapsed and buried alive the foolish brotherhood members. The elderly inmates cleverly made the tunnel collapse in exchange for having their attempt toward freedom being robbed. Busmalis escaped death for his vengeful actions, but it didn’t stop him from digging, doing so much of the time in secret.

Call it comic relief, call it a necessary contrast to the otherwise violent world of incarceration, but whatever you call it, there’s no denying that the Rebadow/Busmalis relationship was one of the strong points Oz provided. These were older men who made mistakes during younger times, and by virtue of their age/harmlessness, they were at the mercy of the quicker and stronger inmates around them. Luckily, Busmalis and Rebadow were mostly left alone and sometimes even protected by the noble inmates. And in the end, his digging and unique presence makes Busmalis a worthy inclusion on this list.