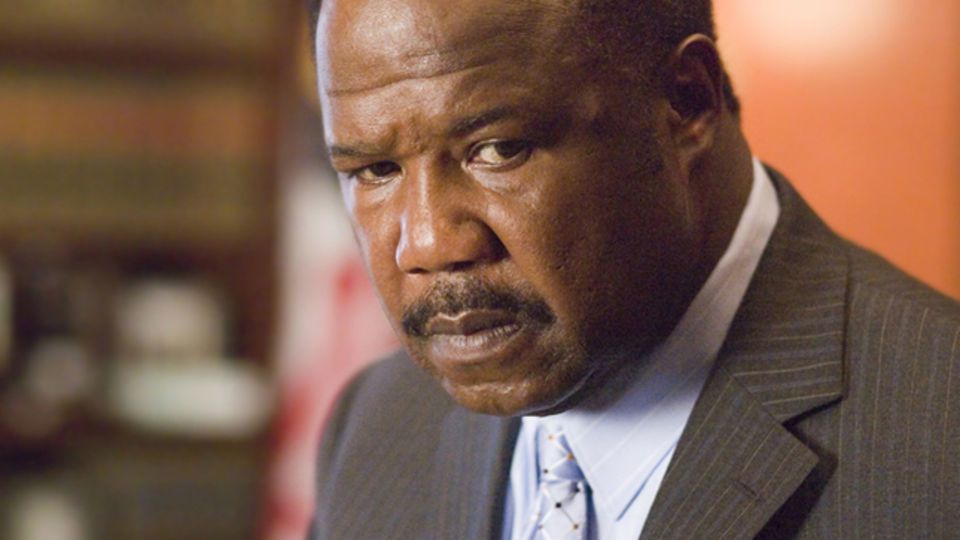 While disagreements may still come even with a lengthy series, I contend that 30 parts will be a plentiful total to give respect and please fans simultaneously. Certain days will feature two articles and thus two parts being published, others will just be one. If you’re a fan of The Wire and you find my series fulfilling, please share it with others. Pop Culture Spin appreciates your viewership and your efforts to spread the word. You will find each published entry in the series linked at the bottom of this article. Each fresh installment will link all published entries in the same spot. Landing next in the series, we have Clay Davis, played by Isiah Whitlock Jr.

A senator for the state of Maryland, Clay Davis was a lying, thieving, dirty politician full of tricks and devious methods to financially reward from the foolishness of others. To true fans of The Wire, the word “shit” is best said as “sheeeeeeeee-it.” Davis had the trademark delivery of extending the word for emphasis.

Davis duped numerous people during his time. In the opening season, Cedric Daniels attempted to pinpoint involvement from Davis since a Davis driver had his car discovered with loads of drug money in it. The senator escaped punishment here even though his corruption seemed obvious. Later, he said he’d back Frank Sobotka in keeping the union alive, only to then vote against it. Most memorably, he became a financial adviser to Stringer Bell, but ended up profiting handsomely from the drug kingpin’s trust and made his away out of the situation unscathed.

When Stringer’s fury caused him to ask Slim Charles to murder Davis, Slim responded with a valid point. “Shit, String, murder ain’t no thing, but this here is some assassination shit, man.” Regardless, the deceit from Davis was enough for Stringer to consider such a bold act. And many others in The Wire would’ve preferred to have seen Davis land in a casket.

Even down the road when faced with serious charges, Davis got acquitted and denied any wrongdoing to the public. Various other shows would have imprisoned a character like Davis, attempting to prove that cheaters don’t prosper or lying doesn’t pay off in some formulaic way. To The Wire‘s credit, the show never gave into stereotypes or assumptions. Not all, but plenty of actual politicians are dirty like Davis, and most of them will never spend a day behind bars.