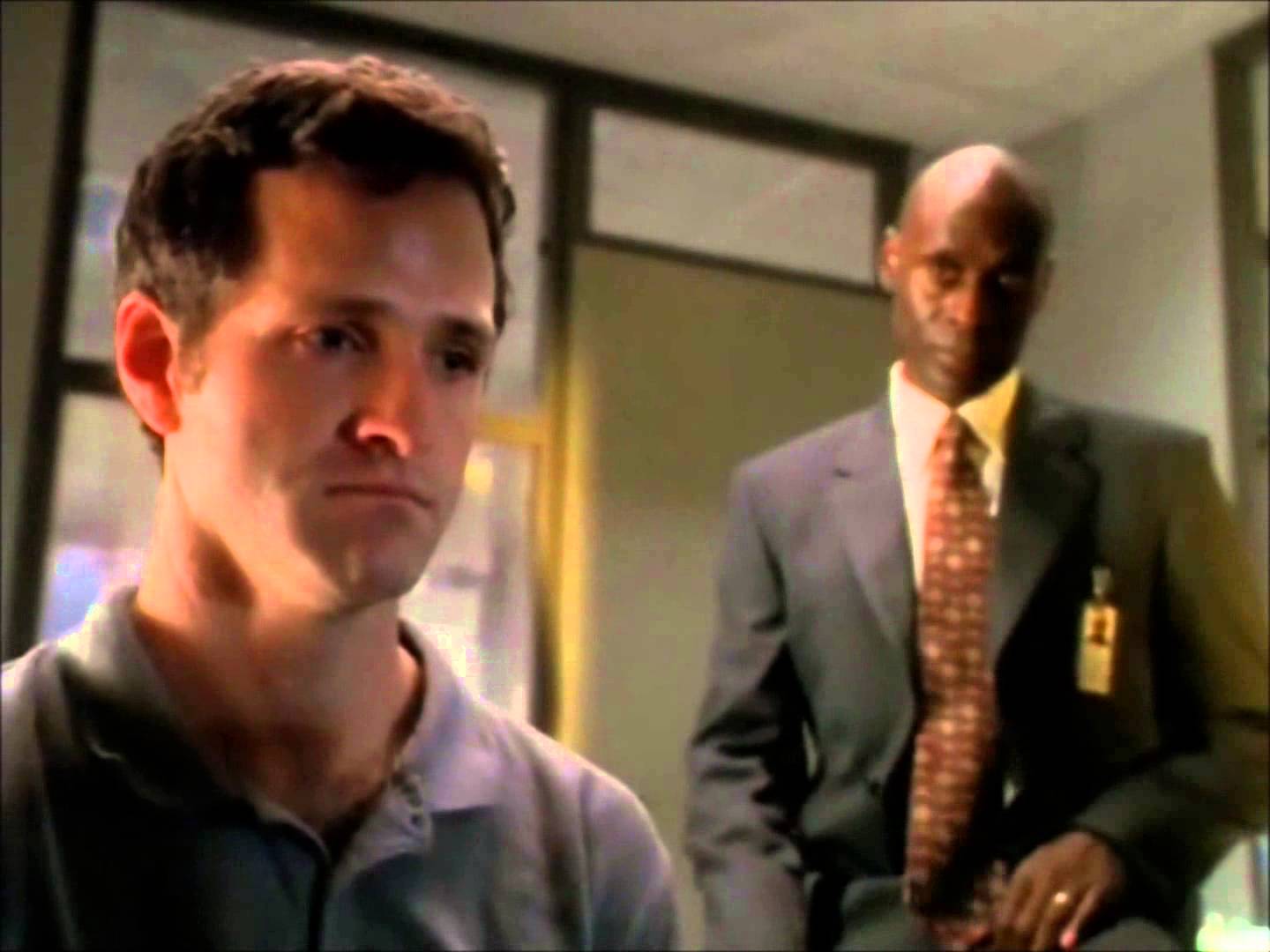 While disagreements may still come even with a lengthy series, I contend that 30 parts will be a plentiful total to give respect and please fans simultaneously. Certain days will feature two articles and thus two parts being published, others will just be one. If you’re a fan of The Wire and you find my series fulfilling, please share it with others. Pop Culture Spin appreciates your viewership and your efforts to spread the word. You will find each published entry in the series linked at the bottom of this article. Each fresh installment will link all published entries in the same spot. Landing next in the series, we have Roland Pryzbylewski, played by Jim True-Frost.

There’s no way I’m writing out Pryzbylewski more times than humanly necessary, so I’m thankful that Prez was a nickname for the detective turned school teacher. At times almost tragic in his stupidity and indiscriminate with his policing behavior, The Wire showed what few shows are still to this day willing to do – cops and detectives can be just as stupid as the rest of us. There’s too much hero worship and blind admiration in TV for law enforcement figures. Of course some are indeed creations based on real life heroes, but most are normal people with flaws and lapses in judgment.

Prez just happened to have more lapses than most. The son-in-law of Stan Valchek (an obnoxious figure who I found too annoying to make his way onto this list), Prez was a protégé of sorts to Lester Freamon. However, Lester couldn’t prevent his disciple from pistol whipping a teenager, fatally shooting an officer in plain clothes (a situation where Prez didn’t identity himself as law enforcement), and be a general headache to his supervisors.

Once the errors mounted, Prez left his mistake ridden career and became a teacher. Michael Lee has already had his time in this list, and Randy Wagstaff will down the road. Prez became especially close with Duquan “Dukie” Weems. Namond Brice was also in the picture. These four were students of Prez, and he did his absolute best to make a positive impact on their lives. His inability to save Dukie from drug addiction and poor decisions was one of the more heart wrenching sequences The Wire gave us.

Regardless of his indiscretions, Prez was a consistent member of The Wire for its entirety. And I believe fans would agree he found redemption by shifting from a failed officer of the law to a meaningful educator of youth.