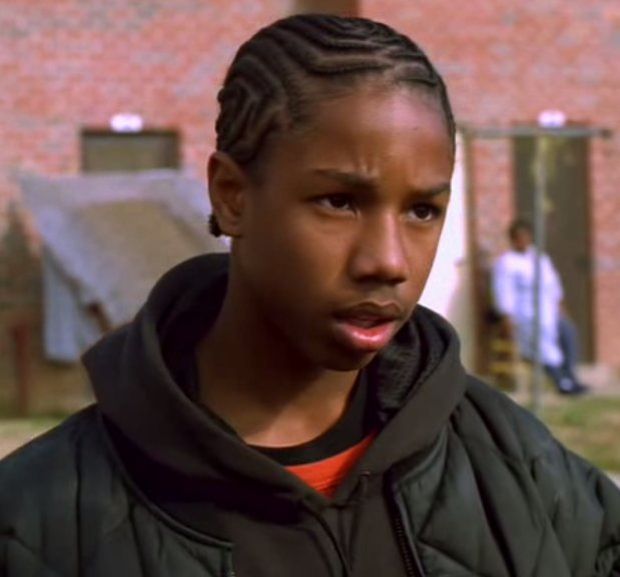 While disagreements may still come even with a lengthy series, I contend that 30 parts will be a plentiful total to give respect and please fans simultaneously. Certain days will feature two articles and thus two parts being published, others will just be one. If you’re a fan of The Wire and you find my series fulfilling, please share it with others. Pop Culture Spin appreciates your viewership and your efforts to spread the word. You will find each published entry in the series linked at the bottom of this article. Each fresh installment will link all published entries in the same spot. Landing next in the series, we have Wallace, played by Michael B. Jordan.

Before Fruitvale Station, Creed, or any of his other impressive movie roles, Michael B. Jordan was the innocent looking corner boy with cool hair in The Wire. For any fan of HBO’s hit, the name Wallace creates thoughts of pain and sadness. Keep in mind that when most viewers watched The Wire, whether during original airing or on replay, we were looking through the trained lens of trusting that most main characters don’t get killed off TV shows. Nowadays it’s become an increased trend, but few shows had the tragic timing and constant knack of doing it successfully like The Wire.

To clarify, I was disappointed with most of these deaths. Seeing Wallace, Stringer, Bodie, and others go was hard to stomach. But each made sense plot wise and not once was the death a reach from David Simon to jump ratings or create shock value. Such interests seem to be the aim of many shows in current times, but The Wire never walked this route.

I mentioned in my Bodie piece how Wallace’s death shattered my expectations of what a show could be. Jordan’s character was written as a 16-year-old in the show, and his final scene was of him peeing his pants and being coldly murdered by his two best friends. In the television world, it doesn’t get sadder, and I can’t say any of The Wire‘s deaths were more difficult to watch than Wallace’s.

Before the end times, Wallace was a jovial kid who learned a great deal from D’Angelo Barksdale. Listening to the duo talk was an enjoyable component of the debut season. Because of this bond, and since Stringer was the one who had the youngster eliminated, D’Angelo had his famous “Where’s Wallace?” scene when facing Stringer.

Its been interesting to watch Jordan’s rise as a Hollywood figure, but I still associate his face with young people being trapped in a violent world. Wallace is an easy selection for this list since his character provided the profound combination of innocence and tragedy.