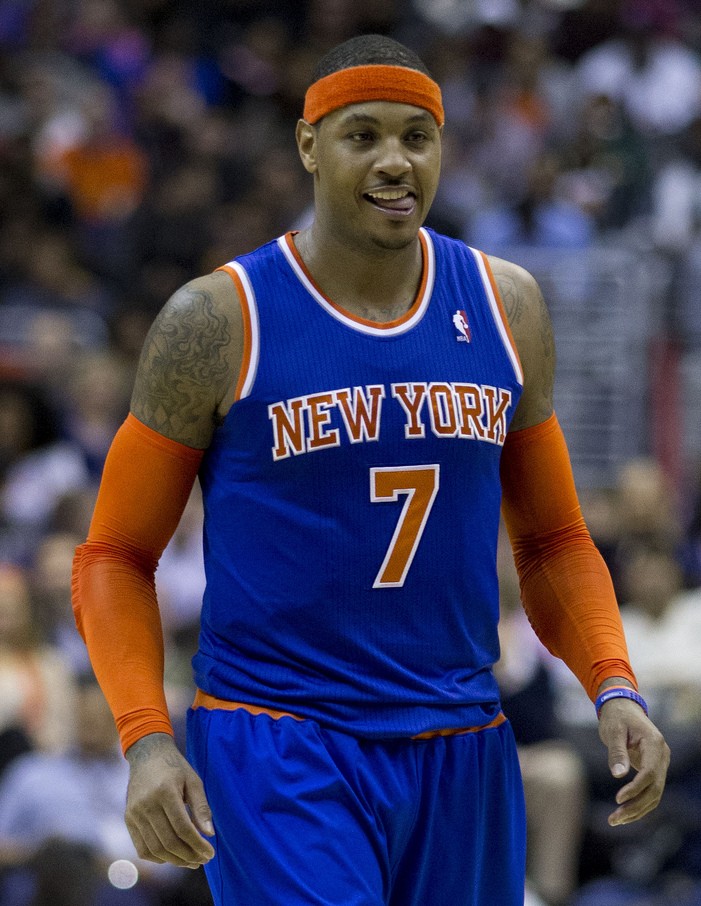 As the temperatures are dropping in New York, Knicks talk is heating up. The NBA season is right around the corner, and that means basketball is back in the city that never sleeps. The start of the 2014-15 season will allow the Knicks to forget the disastrous 2013-14 campaign as a lot has changed around Gotham. Iman Shumpert held nothing back when discussing this, “My biggest issue is last year we didn’t make the playoffs.”

Hiring Phil Jackson was a key reason why Carmelo Anthony decided to re-sign with the Knicks. Rookie head coach, Derek Fisher will provide the veteran leadership that was clearly lacking last year after Jason Kidd retired. With a very weak Eastern Conference, there are no excuses why the Knicks should not make some noise in the big dance this year. J.R Smith seems excited about this, going as far to say “It’s definitely a clean slate, it will be a more productive start of the year for me. There’s nothing hanging over my head, whether it’s injuries, suspensions, stuff like that. So I’m starting out from Day One with my team and it’s a great feeling.”

Unfinished Business
The atmosphere around the Knicks during media day was very upbeat. Everyone is excited for the upcoming season and can’t wait to get their first real game action under coach Derek Fisher. While the starting 5 is still murky, it is clear the Knicks have talent. This may not be the 1998 Bulls, but if everyone stays healthy the Knicks should be contending for a top 4 finish in the East. Melo mentioned he has unfinished business with the Knicks, “I kind of forced my way to New York [in 2011], and I have some unfinished business to take care of,” said Anthony. “I wouldn’t have felt right from a personal standpoint, just getting up and leaving.”

Triangle Offense
There are so many questions with the Knicks regarding Phil Jackson’s triangle offense. Even though his method won 6 titles with the Bulls and another 5 with the Lakers, can Melo and the rest of the Knicks grasp the concept of the triangle offense? With a healthy Andrea Bargnani and Amar’e Stoudemire back in action, this should allow the big men to space the floor to Phil’s liking. Tim Hardaway Jr, and J.R. Smith should spread the court as well, and look for Iman Shumpert to have a bounce back year as he is looking for a new contract.

Key Players For the Knicks to Contend
Obviously Carmelo Anthony is the key to the Knicks success. However, as proven last season you cannot rely solely on him to make the Knicks a legitimate contender. Here comes Tim Hardaway Jr., Jose Calderon, J.R. Smith, Iman Shumpert and Amar’e Stoudemire. I also think Shane Larkin is in for a breakout year, as his speed and handling should fit nice for what the Knicks are trying to accomplish.

Defensive Intensity
Melo has shown that he can be one of the better defenders in the NBA when he is fully focused. It looks like Hardaway Jr. is on the same page while fielding defensive questions, “I can be more effective talking on the defensive end. Just being in the right spot at the right time. My rookie season, I wasn’t really good at that at all.”