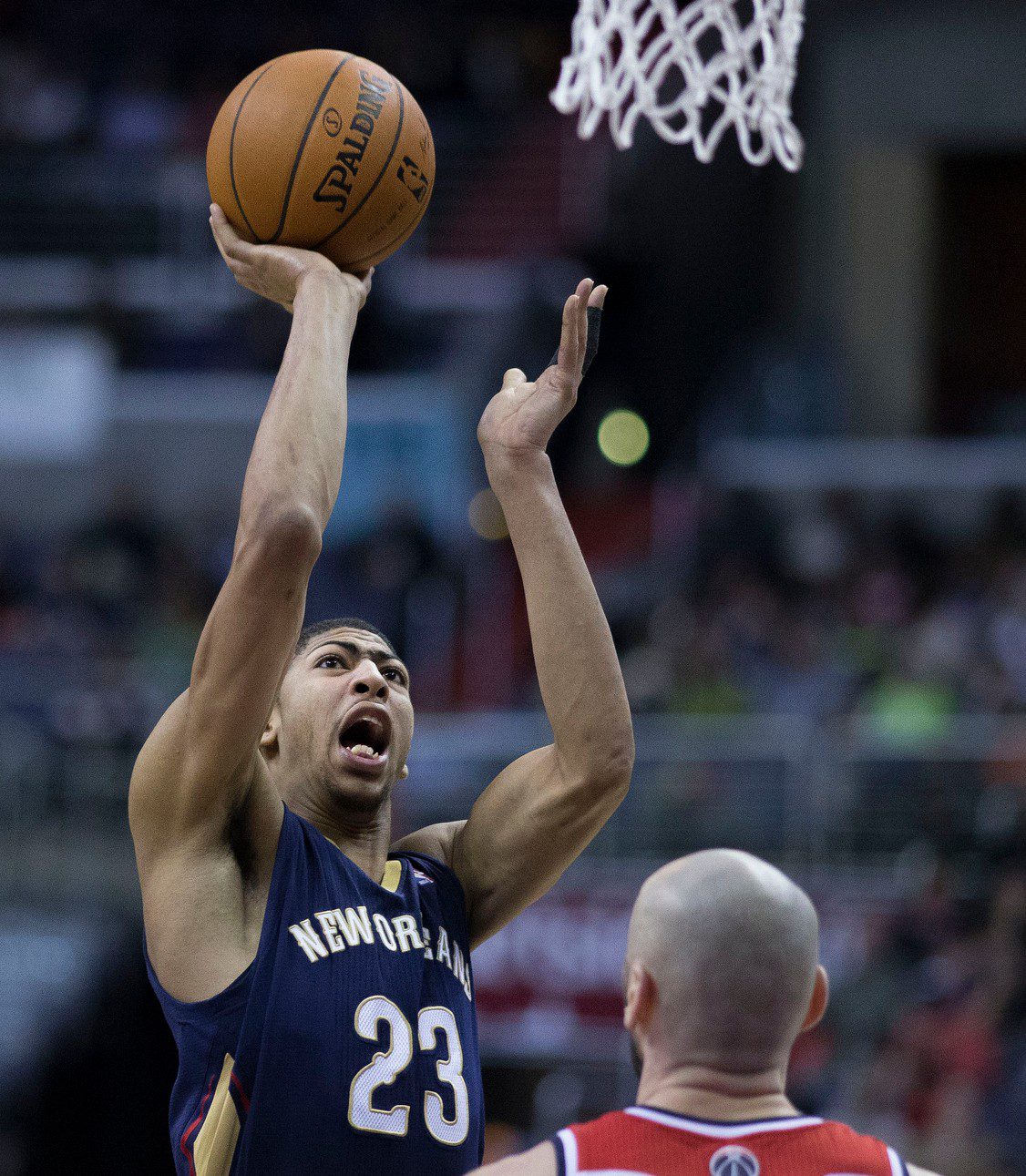 The Baller Mind Frame staff got together and gave their thoughts on the various NBA divisions as part of our NBA Season Preview. Here’s what we think about the Southwest Division.

STEPHEN NIXON: Even in a division that features elite players such as Dwight Howard, James Harden, and Tim Duncan, Anthony Davis is the most important player is this division. Davis had a monster year last season, averaging 20.8 points, 10 rebounds, and 2.8 blocks per game. Look for Davis to only improve upon these statistics in his third full NBA season.

BRIAN SPROWL: James Harden. As one of the most talented players in the league, James Harden is known for having a potent offensive game. With defensive aces Dwight Howard, Trevor Ariza, and Patrick Beverley alongside him in the starting lineup, it will be incumbent upon Harden not to be a weakness on that side that makes life difficult for the other four guys on the court. If he gives as much effort on the defensive side of the ball as he does the offensive side, the Houston Rockets can be really good.

MIKE HAMMEL: After an impressive sophomore campaign and Team USA run, Anthony Davis is quickly approaching top-10 player status in the NBA. Despite the accolades, his New Orleans Pelicans remain outside the playoff picture. The Pelicans do have talent, though, and spent the offseason collecting pieces to complement their rising star. His ever-developing ability to impact the game on both sides of the court so far hasn’t translated into wins but that could change this season. In a loaded Western Conference, making the playoffs will still be a challenge but it’s highly possible Davis will lead the Pelicans past 40 wins for the first time in his career.

NIXON: This is a big year for Kawhi Leonard. He’s coming off an NBA Finals MVP performance, and, with an aging San Antonio Spurs team, it could be his time to shine. I don’t expect Leonard to play at the same level that he did during the NBA Finals last season, but in order for the Spurs to be successful again, Leonard will have to be one of the best players on the team.

SPROWL: Chandler Parsons. Parsons decided to stay within the division by signing with the Dallas Mavericks. After being slighted by the Rockets in their quest to lure big-name free agents like Carmelo Anthony and Chris Bosh to town, Houston decided not to match the offer sheet by the Mavericks, and to instead bring in veteran Trevor Ariza. Well, Houston’s loss should surely be Dallas’ gain. Being that Dallas gave the eventual champion San Antonio Spurs their biggest headache on the road to a fifth franchise title in last season’s playoffs, adding a young guy like Parsons should only help the team and continue to keep the window open despite the advancing age of future Hall of Famer Dirk Nowitzki.

HAMMEL: Perhaps no other division in the league has as much season-impacting injury potential than the Southwest. With the exception of the Rockets, all of the other teams have issues with age and past injury that threaten their success. The defending champ Spurs already have injuries to Tony Parker, Manu Ginobli, and Patty Mills and at some point, the immortal Tim Duncan will show his age. The Mavs rely heavily on the similarly aging Dirk Nowitzki and the Memphis Grizzlies lack depth behind anchor Marc Gasol. Even the up-and-coming Pelicans have seen their share of injuries to their backcourt of Jrue Holiday, frail Eric Gordon, and misused Tyreke Evans. In a division with so much parity, competing for playoff spots could be dramatically altered by one misstep.

NIXON: The New Orleans Pelicans were the only team in the Southwest Division that didn’t make the playoffs last season, so I expect them to surprise and contend for that eighth and final playoff spot. Anthony Davis is a beast and should continue to develop this season into one of the NBA’s best players. The addition of Omar Asik will benefit the Pelicans tremendously as Asik is one of the game’s best defensive centers. The Pelicans allowed 102.4 points per game last season, but the addition of Asik now turns the Pelicans frontcourt into one of the best defensive tandems in the NBA with Davis and Asik protecting the rim.

SPROWL: New Orleans Pelicans. When you have four teams that made the playoffs last season, there’s really only room for one team to be a surprise, right? But the answer to this question is deeper and more profound than just a simple process of elimination, because the Pelicans actually have a shot at being a good team this season. With the emergence of the next superstar in Anthony Davis, the success of the Pelicans will ultimately come down to whether or not the team can stay healthy. If they can, they should definitely improve upon their 34 wins from last season, and they could even challenge for a playoff spot in the very competitive Western Conference.

HAMMEL: The Pelicans have one superstar in Anthony Davis, terrific complementary size in Ryan Anderson and newly acquired Omer Asik, and a talented backcourt trio of Holiday, Gordon, and Evans. The problem is that all three of their guards need the ball in their hands to be successful and their redundant talents leave the team exposed at the small forward position. Eric Gordon is extremely talented but injury prone and carrying a big deal through the 2015-16 season. Even if they aren’t able to move him to free up Holiday and Evans while bringing in some wing support, the Pelicans may still be able to compete, but finding a taker for him could help the Pelicans become this year’s version of the Toronto Raptors.

NIXON: The Houston Rockets will make the Western Conference Finals. The Rockets went out in the first round of the NBA playoffs last season, but that series could have gone either way. If LaMarcus Aldridge didn’t take Dwight Howard’s Superman cape off his back and put on a beast mode performance, Houston would have won that series. Houston lost a few players but reloaded in the small forward position with the addition of Trevor Ariza. It’ll take a bit of luck to get there, but I can see Houston making a big step towards a championship this season.

SPROWL: Four teams will once again make the playoffs, but this time, the Pelicans will be one of those teams, meaning that one of the teams above them will take a step back.

HAMMEL: The San Antonio Spurs are the envy of the league. Their current core of Duncan, Parker, and Ginobili has never missed the playoffs and have only been eliminated in the first round twice in over 10 years. Gregg Popovich has kept their core together and acquired the right supporting players through terrific international scouting and reclamation projects. There is young talent and enough ability and chemistry to withstand most challenges, but age is undefeated and this year may be the beginning of the end for the Spurs dynasty. They put together another impressive regular season but fall in the second round of the playoffs.