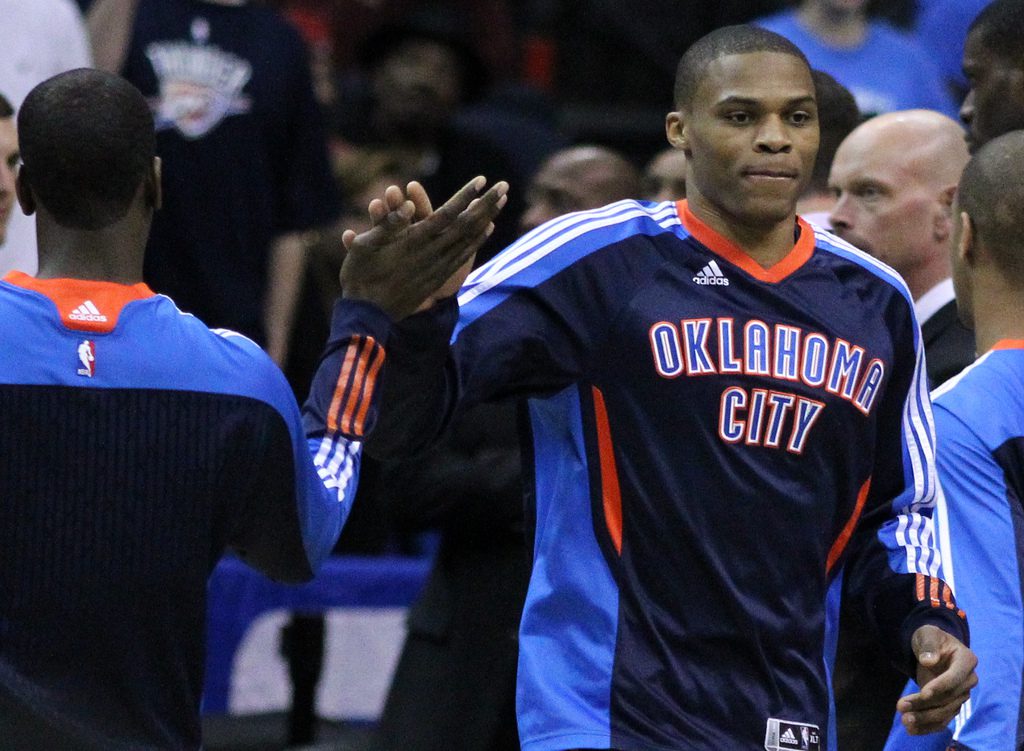 If the NBA finals showed the world nothing else, it was that an aging point guard is better than none at all. Of course I am referring to Tony Parker and the San Antonio Spurs taking the title from the Miami Heat, who employed a point-guard-by-committee with LeBron James, Dwayne Wade and various other players distributing the ball as a point guard should.

Teams are putting even more emphasis on running fast-paced offenses, and spreading the floor, and that means that the point is the position of power on the court. This means a top-tier point guard has to have vision, smarts, speed, and some defense to do his duties. Here are the best according to those criteria.

Will the collective community of Chicago please calm down. Yes, Derrick Rose when healthy should at least be in the top-five, but that is just the problem. When was the last time you got a full season out of Rose? A healthy Rose shows you speed, strength, power, vision, and solid decision-making. He is everything anyone would want in their franchise point guard. If only he were on the court a little more often to prove that.

When it comes to point guards on the rise it’s hard to ignore the spicy Curry (yeah, I made that joke). There were a lot of questions about his style of play translating from the NCAA, but he has silenced all doubters. The only reason he’s not higher on my list is I don’t see him as a well-rounded point guard. He does a lot of things well (pass, defend, see the court) and shoots the ball REALLY well. This is the coach’s problem. You want him to distribute the ball, and at the same time wouldn’t be upset if he shot a three every time he came down the court and was given some room. He should find his rhythm with his team mates a little more this year, and that jumper will be even more lethal.

Ok, so the Celtics didn’t do so well last year. Ok, so the Celtics have less talent than Kevin Garnett has hair. Ok, so rebuilding for the most successful NBA franchise in history is going to take some time. Wait, where was I going with this? Oh yeah, Rondo, still put up solid numbers, still has speed to be reckoned with and is one of the better point guards in the game. The decision will likely be made this season to either trade their only All-Star for picks, or is Rondo the piece you build around going forward?

Lillard burst onto the NBA scene two years ago, and last year he followed it up. He has speed and a scoring touch from a lot of places on the court, able to cut and shoot with accuracy. The knock here would be he likely doesn’t facilitate as well as a traditional point guard. That being said, there is nothing but upside for a guy who made the All-Star team last year.

When it comes to pure speed there might not be a player in the league that moves like a healthy John Wall. Fans got a chance to see that last year and the treat should continue this year. The one knock on Wall (aside from the semi-often injuries) is that he looks to take the ball to the hoop too often. His shooting range isn’t bad, but he needs to be looking for teammates more than he currently does. To be fair, most of the time he is heading to the net unguarded after a steal on the defensive end of the floor, so it’s hard to hold that against him.

Many writers felt like it was a snub, keeping Lowry from the All-Star ballot last year. His numbers supported him being there, but he lost out because the Raptors don’t gain the sort of national appeal a team like the Heat do (or at least used to). The reason he is this high is two-fold. One, he may be the most well-rounded guard on the list. He plays the position as it’s meant to be played and still manages to score his buckets. Two, numerous sources said this was the guard LeBron James wanted to play with, more so than Kyrie Irving. If that doesn’t say something than I don’t know what does.

Irving had an amazing season last year. He’s only a few years in the league and he looks like a veteran. He still has a lot of growing to do, and, wait, there was something else. Some external feature that is going to boost his stock to this lofty position at No. 4 on my list. What was it? It’s not like the best player in the world just joined his team … Oh wait, no, that was it. A good player is a good player. A good player surrounded by great players has a chance to be pretty great himself.

Much like Irving, Paul benefits greatly from the players around him. Griffin and Jordan own the net, so creating lob city really wasn’t all that difficult, as the towers were already in place. Paul’s best job is actually balancing the complement of players he has, while still putting up offense of his own. The team as a whole still needs to work on defense, but Paul is one guy they can count on at both ends of the floor.

It’s a man! No, it’s an old man! No, it’s Tony Parker! OK, yes, it is possible that many of the players on this list grew up with a picture of Parker on their wall, but the old guy still has it. Parker has lost speed, but still manages to get to the basket and defend well. Parker has lost passion, but gained vision of the court. Parker has lost hair, but gained room to let his basketball brain breathe. Whatever Parker gave up this past season he got back in something else at least double. You can’t build your team around this guy, but you can certainly let your team revolve around him.

On a team with Kevin Durant you’d think that most players won’t be able to put up 20 points a game. Westbrook managed to average just short of 22, along with nearly seven assists, two steals, six rebounds, and shooting solid percentages from the charity stripe and beyond the arc. I can’t think of a player that does more for his team at the point guard position than Russel Westbrook. If anything is a knock on him, it’s that he doesn’t look toward players not named Kevin Durant more often, as the two of them account for over 50 percent of the teams points. That is something that I think will improve as he gets older; he is only 25 years old.