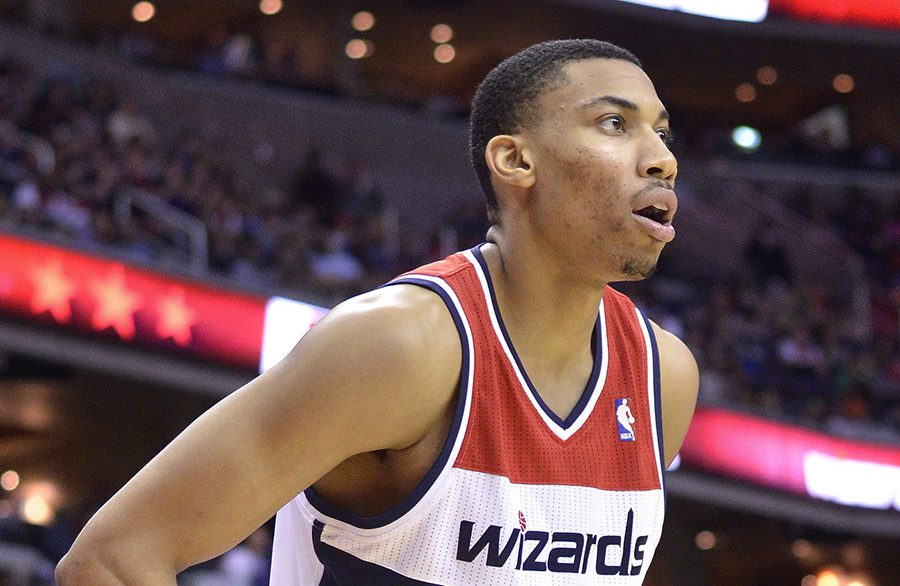 The offseason brought with it a number of significant changes. Players changed teams, teams changed head coaches, head coaches changed philosophies (did they, really?), and fans have altered their expectations. With all these changes there is bound to be a ripple effect of sorts. As each team seeks to find a new level, certain players will be forced to do less for the sake of team success, while others will be asked to step up their game. As roles change, so too does the production of the players that are asked to assume greater roles.

The 2014-15 NBA season will be full of changes. Some such changes, like LeBron James’ triumphant return to Cleveland, we already know. For the most part, we know what to expect with the obvious changes. Other changes have yet to fully reveal themselves. This where the expert analysis at Baller Mind Frame can help fill in the gaps.

The following is a top-10 list, give or take, of the players most likely poised to take a leap into relative NBA stardom during the upcoming season.

Giannis Antetokounmpo, PG/SF/PF, Milwaukee Bucks
The Greek Freak, as he’s affectionately known in basketball circles, has as much raw talent as any player in the league today. Rumors persist that new coach, Jason Kidd, will look to use Antetokounmpo at both forward spots, while also utilizing his length as an occasional point guard. At 6’9”, that could present nightmare matchup possibilities for opposing defenses. With the entire Milwaukee roster undergoing a significant overhaul, there’s hope that this crazy experiment might… just…work. If it does (a big if, mind you), look for the 20 year old to flourish in his sophomore season in the league.

Jose Calderon, PG, New York Knicks
During his tenure in Toronto, Calderon had four different seasons in which he averaged at least eight assists per game, all while barely playing full-time. He’s capable of putting up borderline elite assist numbers in New York where he’ll be asked to feed Carmelo Anthony until the NBA All-Star forward gets his fill of shots (is that even possible?). And, with 191 three-pointers made last season, Calderon really expanded his game to include a deadly outside shot. Coupled with his career 87.4 free throw percentage, and you have an all-around talent that shouldn’t be ignored.

Gorgui Dieng, C, Minnesota Timberwolves
The Timberwolves already have an effective scorer and rebounder at center in the person of Nikola Pekovic, a player who averaged 17.5 points and 8.7 rebounds. However, Pekovic is near the bottom of the league, position-wise, with 0.9 assists and 0.43 blocks per game. Dieng is the defensive yin to Pekovic’s yang. Dieng may not get starter’s minutes, especially as the season gets underway, but his per-36 minute projections have him slotted as a 13.2 point, 12.2 rebound, 2.0 block player. That is the kind of overall production the defensively-challenged Timberwolves will have to recognize as the season wears on. Fans should be equally aware.

Draymond Green, SF/PF, Golden State Warriors
Proving that you don’t necessarily have to be a starter to have legitimate value, Green has the raw athleticism and overall skill set to be an NBA star right now. All that stands in his way are the aging players in the Warriors’ existing rotation (see: Andre Iguodala and David Lee). The former is a defensive specialist while the latter is an offense-only contributor. Green, on the other hand, is a legitimate two-way player, with scoring and defense in one package. His per-36 minute projections look enticing: 10.2 points, 8.3 rebounds, 1.9 steals, and 1.3 blocks. That is what you call all-around production.

George Hill, PG, Indiana Pacers
Much has been written about the loss of Paul George and the obvious ripple effect it will have on the Pacers’ rotation. Remember too that Indiana lost Lance Stephenson via free agency. Barring a surprise move to bring in someone from outside the organization, the most natural internal go-to option is George Hill. Hill doesn’t do any one thing especially well, but he’s an all-around contributor who could fill up the stat line, even without prolific scoring abilities. His ratios coupled with his ability to pass and rebound should more than make up for the fact that he’s not a 20 PPG player.

C. J. McCollum, PG/SG, Portland Trail Blazers
Speaking of per-36 minute potential, McCollum is an interesting breakout candidate. Damian Lillard is firmly entrenched at the point and Wesley Matthews has a hold on the starting off-guard spot. That doesn’t leave a ton of minutes for McCollum. Things change quickly in the NBA, however, and McCollum is the player the Trail Blazers would turn to if and when either of the aforementioned players succumbs to injury of ineffectiveness. Given starter’s minutes, McCollum could be every bit the player Matthews is presently (15/3/3). Will it happen this year?

Kelly Olynyk, C, Boston Celtics
Olynyk isn’t going to block a boatload of shots, certainly not by center standards. That’s really the only knock against the up-and-coming Boston center. As a rookie in 2013-14, Olynyk averaged 8.7 points and 5.2 rebounds while playing 20.0 minutes per game. Look for all of those numbers to jump considerably in his second year in the league. He’s a capable scorer who can stretch the floor with his outside game (1.0 threes per 36 minutes), and he’s no slouch from the charity stripe, hitting free throws at a 81.1 percent clip. His well-rounded game should give him a leg up on playing time in an underwhelming Celtics frontcourt.

Otto Porter Jr., SF, Washington Wizards
It was initially assumed that the arrival of Paul Pierce, essentially as a rental player, would delay the development of Otto Porter Jr. The talents he exhibited in Summer League play had many observers salivating over the total package he displayed on offense, but with Pierce in the way it was assumed there just wouldn’t be enough minutes and/or touches to go around. Enter Bradley Beal’s latest injury. While Beal is a natural shooting guard, and Porter a small forward, the sheer availability of minutes should allow Porter to play a more significant role, especially early on.

Larry Sanders, C, Milwaukee Bucks
We’re already well aware of the skills that Sanders possesses, especially his ability to rebound and block shots in abundance. We also know he’s combustible, unpredictable, and spent last season either injured or on the outs with his coaches. Sanders and the Milwaukee organization hope that he can improve on all his shortcomings during the 2014-15 season. If he does, and he earns legit starter’s minutes, we’re looking at a player that could easily average a double-double while challenging for the league lead in blocks.

Marcus Smart, PG, Boston Celtics
The surprise injury to Rajon Rondo opens the door for Smart to step into a major role sooner than expected. As a sophomore at Oklahoma State, Smart was basically an 18/5/5 player, and given a few growing pains, there’s no reason to assume he’s not capable of at least approximating those numbers at the next level. With the Celtics in full rebuilding mode, logic dictates that Smart will be given every opportunity to fulfill his immense promise.