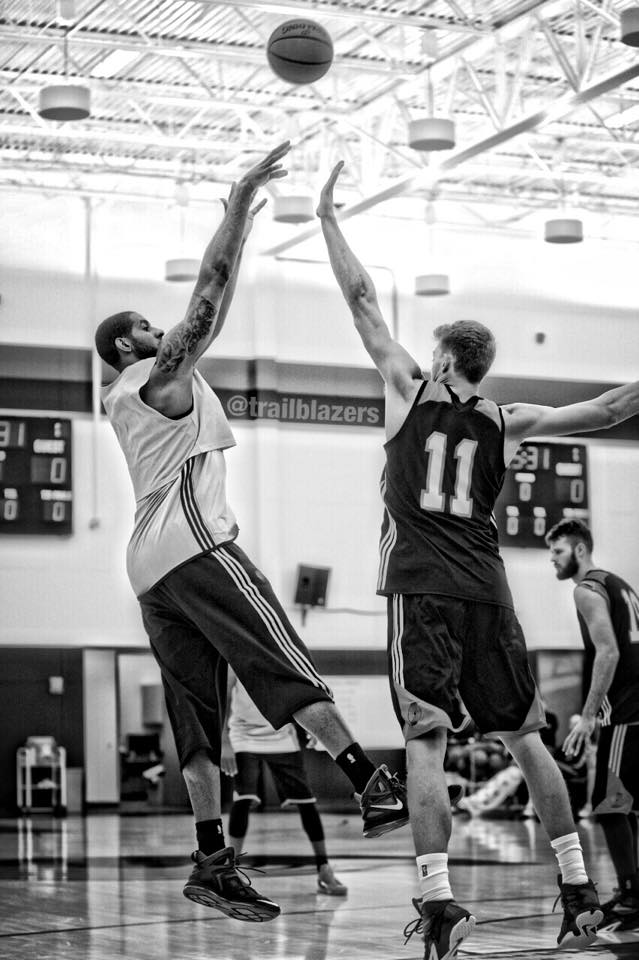 Basketball fans, it’s that time of year. Last season seems like a lifetime ago, and with preseason tipping off, teams have new life (some significantly more than others). Young stars are emerging, the power in each conference appears to be shifting, and both conferences seem somewhat up for grabs. What more could you ask for?

The Portland Trail Blazers finished 54-28 last season and eventually got bounced by the San Antonio Spurs in the Western Conference Semifinals, losing the series 4-1. Considering that Portland has a young group that collectively doesn’t have the most playoff experience in the world, they did quite well for themselves. Unfortunately, that doesn’t win you anything. Last season they gave their fans hope that they could go on and become something more, and their fans expect them to continue that this season.

Most Important Player: LaMarcus Aldridge
Damian Lillard is awesome, we know this. He’s a young explosive guard with a sweet stroke and great feel for the game, but make no mistake, LaMarcus Aldridge is The Guy.

Aldridge provides the Blazers with incredible consistency and efficiency, and his name was bounced around early in the season as a possible MVP candidate. His inside and mid-range game allow Lillard, Wesley Matthews, and Nicolas Batum to wreak havoc on the perimeter. Like Tim Duncan, Aldridge’s game isn’t flashy, but when you look at that box score at the end of the night, you’re going to see 20 points and 10 rebounds more often than not. LaMarcus Aldridge is the rock for this team and they will continue to feed off of him.

X-Factor: The Trail Blazers Bench
Last season, Mo Williams provided point guard play that solidified the second unit. He provided quality scoring and made decisions that you’d expect from a seasoned NBA veteran. With him gone, expect a possible drop off. While Steve Blake, Thomas Robinson, Dorell Wright, and Chris Kaman all have NBA experience, coach Terry Stotts may be looking at C.J. McCollum to fill the role of the sixth man. With so many questions surrounding this bunch, it’ll be interesting to see how they play throughout the season.

Rotations: The starting five is definitely in place. Lillard at the point, Wesley firing threes at the two, Nicolas Batum at small forward, LaMarcus Aldridge getting you 20 and 10 at the power forward, and Robin Lopez manning the middle of the paint.

Look for Terry Stotts to bring in Robinson, McCollum, Wright, Will Barton, and Meyers Leonard first off the bench. Robinson and Leonard can bring the energy. Barton, McCollum and Wright hopefully can add some needed scoring punch. Blake and Kaman will also fill in when needed as two quality vets you can count on.

What Needs To Go Right: The experience of last season’s playoff run left them wanting more. Stotts and his coaching staff will make sure there is a concerted effort to improving their overall team defense. Damian Lillard continues his ascension as one of the more dynamic point guards in the league. LaMarcus Aldridge puts up another 20 and 10 season. The bench actually meshes well together and combines to give the Blazers some quality minutes. Health.

It’s Really Bad If: The defense doesn’t improve and the bench doesn’t provide any consistency or scoring punch.

Bold Prediction: Portland will be a team that struggles to achieve the success they had last season. Unfortunately for them, they play in the Western Conference, where there’s a surprise team or two seemingly every year.

LaMarcus Aldridge, PF/C
Strengths: Very smooth game. Excellent from mid-range, good rebounder, will make the correct pass out of the double team, can defend his position, tough.
Weaknesses: At his size you’d like him to be able to convert more back-to-the-basket opportunities that don’t end in a turnaround jumper. You’d like to see him bully people more and turn down jumpers.
Season Prediction: Another big season for LaMarcus Aldridge. Look for him to have another 20 and 10 season, and make an NBA All-Star game appearance as well.

Will Barton, SG
Strengths: Energy and high motor, athleticism.
Weaknesses: Can be reckless when playing up-tempo, suspect shot selection, jump shot still developing.
Season Prediction: Barton will continue to improve and become a player Terry Stotts will use to fortify his bench this coming season.

Nicolas Batum, SG/SF
Strengths: Capable three-point shooter, especially from the corners, strong and willing defender, monster on the glass at the SF position.
Weaknesses: Ball-handling could be stronger, lack of aggression, prone to disappear sometimes.
Season Prediction: Coming off a great FIBA performance, expect Batum to show some improvement. You’d like him to be a little bit more aggressive and look for his shot more, especially when defenders close out on him to take away his three-point shot.

Victor Claver, SF/PF
Strengths: Role player, runs the floor well, athletic.
Weaknesses: Tweener at the 3 and 4, lacks assertiveness.
Season Prediction: Don’t look for Victor to get too many minutes in the rotation. The Trail Blazers have a group of young players in place they will rotate and depend on.

Joel Freeland, PF/C
Strengths: Skilled offensively, rebounds well at his position, good size.
Weaknesses: You’d like him to improve defensively.
Season Prediction: Expect Terry Stotts to see what Freeland can provide the Blazers when it comes to helping out in the middle. Chris Kaman’s health is always up in the air and Meyers Leonard’s play is usually unpredictable. Freeland could get a shot at being a contributor off the bench.

Chris Kaman, PF/C
Strengths: Very skilled offensively, able to use both hands, good mid-range game, high basketball IQ.
Weaknesses: Kaman will never shine on the defensive end, never. Can be quite injury-prone.
Season Prediction: While he’s had better days, Kaman can still provide a scoring punch off the bench in the post and in the mid-range area. He’ll be able to give LaMarcus some much needed rest as well.

Meyers Leonard, PF/C
Strengths: Size, athleticism, hustle, can block shots.
Weaknesses: Raw and young.
Season Prediction: Meyers is still incredibly raw, but possesses great talent and energy. He still has more to learn and experience. The Trail Blazers realize he is a project and will continue to bring him along.

Damian Lillard, PG
Strengths: Can create his own shot, clutch, playmaking ability off the dribble, can finish in the paint.
Weaknesses: Still needs to work on defense, develop his mid-range shot and create for others.
Season Prediction: Look for Damian Lillard to continue being recognized as one of the league’s most dynamic guards, adding another All-Star appearance to his resume and boosting his numbers up across the board.

Wesley Matthews, SG/SF
Strengths: Theee-point shooter, abover average defender, size, strength.
Weaknesses: Ball handling could use a little more work, creating offense for others, shot selection.
Season Prediction: Matthews is setting himself up for a nice payday. Look for him to have a big season as the probable third option in this offense. How bad does Portland want to keep the pending free agent after this season?

C.J. McCollum, PG/SG
Strengths: Scorer, three-point shooter, good size, combo guard.
Weaknesses: Ballhanding needs work, defending could improve as well.
Season Prediction: C.J. McCollum will make a name for himself as a sixth man with the Blazers. He’ll be able to provide quality minutes when Lillard needs a rest, or slide to the 2 position when needed. The organization’s confidence in C.J. will pay off this season.

Thomas Robinson, PF
Strengths: Aggressive rebounder, hustle, able to hit mid-range shot.
Weaknesses: He’s a bit raw on the offensive end, he is stuck with the tweener label as well.
Season Prediction: Thomas is going to continue carving out quality minutes in Portland as a backup to LaMarcus and Lopez. He gives the bench some energy and athleticism that can affect games.

James Southerland, SF
Strengths: Can shoot the trey, good size, can defend.
Weaknesses: Relatively inexperienced, not as athletic as you’d like.
Season Prediction: Southerland has a good shooting stroke, but that alone won’t get him onto the court with Portland. He’ll need to prove he can contribute on the glass and use his size to his advantage.

Dorell Wright, SG/SF
Strengths: Proven veteran, shooter, athlete.
Weaknesses: Struggled shooting last year, can be turnover-prone, shot selection.
Season Prediction: Expect Dorell to have a bounce back season for the Trail Blazers this season. He’ll be able to provide the second unit with some scoring punch and perimeter shooting that will prove to be vital.