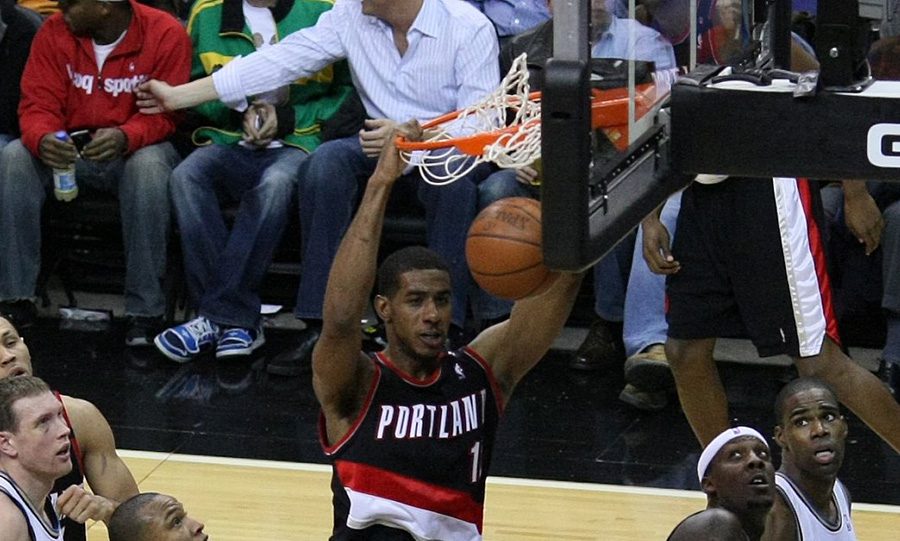 The Baller Mind Frame staff got together and gave their thoughts on the various NBA divisions as part of our NBA Preview. Here’s what we think about the Northwest Division.

NOTE: Opinions below were given before Kevin Durant‘s recent injury that could see him sitting on the bench for about two months.

DREW CREASMAN: Russell Westbrook. This is the year we find out if the Westbrook and Kevin Durant combo is something the league must fear for years to come or if the dynamic duo has accomplished all that it can. The NBA universe has already crowned Durant, so the responsibility falls to Westbrook to prove his worth and find that perfect blend in order to lead the Oklahoma City Thunder to where they feel they should be. If the Thunder don’t emerge again as a powerhouse and make a legitimate run at the championship, the duo’s days as a duo may be dwindling. Westbrook’s play could help lead the Thunder to the promised land or completely change the outlook for the division moving forward if the conclusion is reached that he and Durant aren’t the answer in Oklahoma City.

ROBB JEFFRIES: Damian Lillard. It’s pretty clear Oklahoma City remains the class of the Northwest Division, but somebody has to take second place. Portland went on a surprising run last season thanks in part to Lillard’s hot shooting. If Lillard goes down with injury, LaMarcus Aldridge will not be able to shoulder the Trail Blazers on his own, and it could be a long year in Portland.

DAN TRIA: Most would be tempted to pick Kevin Durant, Russell Westbrook, or Serge Ibaka. While they’re great choices, LaMarcus Aldridge can determine how far the Portland Trail Blazers go. Damian Lillard is a fantastic guard, but the NBA Finals proved a deft big man can be the difference between playoffs and elite level. Aldridge is a three-time All-Star starting to understand his role with this team.

CREASMAN: The Denver Nuggets’ health. I wouldn’t be surprised to see the Nuggets finish anywhere from last in the division (okay, probably still not behind the Utah Jazz) to as high as the fifth seed in the Western Conference. Decimated by injuries, it is hard to judge what the Nuggets will get from players like Danilo Gallinari and JaVale McGee. The injuries allowed for the emergence of some guys, most notably Timofey Mozgov, but the Nuggets function as a team that needs each cog in place and doing its job. When any part is removed, the puzzle falls apart.

If they can stay healthy, they’ll surprise some people with their blazing pace and ball movement, but the Nuggets don’t have any players capable of winning games, or even individual plays, on their own with the possible exception of Gallinari who missed all of last season. With him and Ty Lawson in the lineup, they can present match-up nightmares for almost anybody. Without them, the team is almost an automatic win for opponents.

JEFFRIES: Arron Afflalo. Returning to Denver probably wasn’t on Afflalo’s radar, but a shrewd trade lands the former Nugget back in the Mile High City coming off the best season of his career. He shot around 43 percent from three-point range in 2013-14, and Denver’s banking that he continues to be “New Arron” rather than Afflalo circa 2009-10. If he can, Denver could bounce back to the playoffs. If not, it will be a struggle for the team to compete against even some of the cellar dwellers in the Eastern Conference.

TRIA: This division is a two-team race. The Minnesota Timberwolves were one game below .500 with Kevin Love, and now they’ve committed to a rebuild. Denver isn’t much better, and Utah is casting its lot with players like Dante Exum and Derrick Favors. Injuries are a cliche X-factor, but health will determine if Portland or Oklahoma City takes the crown.

CREASMAN: Minnesota Timberwolves. Isn’t it the Timberwolves every year? Replace what Kevin Love brought to the team with the ambiguity of Andrew Wiggins and you don’t need to change the storyline that much. The Wolves will have the proverbial “nothing to lose, so no one respects us” card to play and are not without talent in Nikola Pekovic, Ricky Rubio, and Wiggins. Expected to play an up-tempo style, I could see Minnesota stealing a few games in a long 82-game season, especially on the second nights of back-to-backs and during those four-games-in-five-nights situations.

JEFFRIES: Utah Jazz. Who knows? Maybe all the young talent they have amassed will put together a Portland-esque hot streak to start the season and hold it together for a surprise run at mediocrity. Gordon Hayward and Trey Burke are strong playmakers, and maybe Dante Exum will shake off some rough performances during the FIBA World Cup and summer ball and be a contributor from Day 1. That sure is a lot of maybes, though.

TRIA: Again, this division is two very interesting teams and three lottery contenders. If any team could surprise, it’s Denver, where Kenneth Faried and Arron Afflalo are capable players.

CREASMAN: The Portland Trail Blazers will win the division. It’s getting close to panic time in Oklahoma City and the pressure is on them not just to be good, but to be great or risk losing both of their superstars. The Portland Trail Blazers, on the other hand, will be playing free of expectations and with a chip on their shoulder. Rather than counting on already anointed superstars, Portland will rely on one of the most humble and underrated stars in sports, LaMarcus Aldridge, whose supporting cast fits his style perfectly. With an expected hullaballoo surrounding their main competition, look for the Blazers to sneak in and take the division.

JEFFRIES: Minnesota finds .500. At face value, trading away a top-5 NBA talent like Kevin Love must mean Minnesota blew up its roster and will be absolutely terrible … right? But the Wolves still have Ricky Rubio, Nikola Pekovic, and Kevin Martin, and they added on exciting young talent in Andrew Wiggins, Zach LaVine and Anthony Bennett, to name a few. They have players poised to make a big leap, and Minnesota should be counted on to make a push for the playoffs.

TRIA: Portland overtakes Oklahoma City and makes the leap to an elite team. The Blazers seem better coached and more hungry. The Blazers-Thunder rivalry saddens hardcore fans, because how great would this rivalry be if Clay Bennett wasn’t evil and didn’t take the SuperSonics away from Seattle? Imagine Timbers-Sounders matches on steroids, and that’s what this year’s Sonics-Blazers could have been. Stupid Clay Bennett.