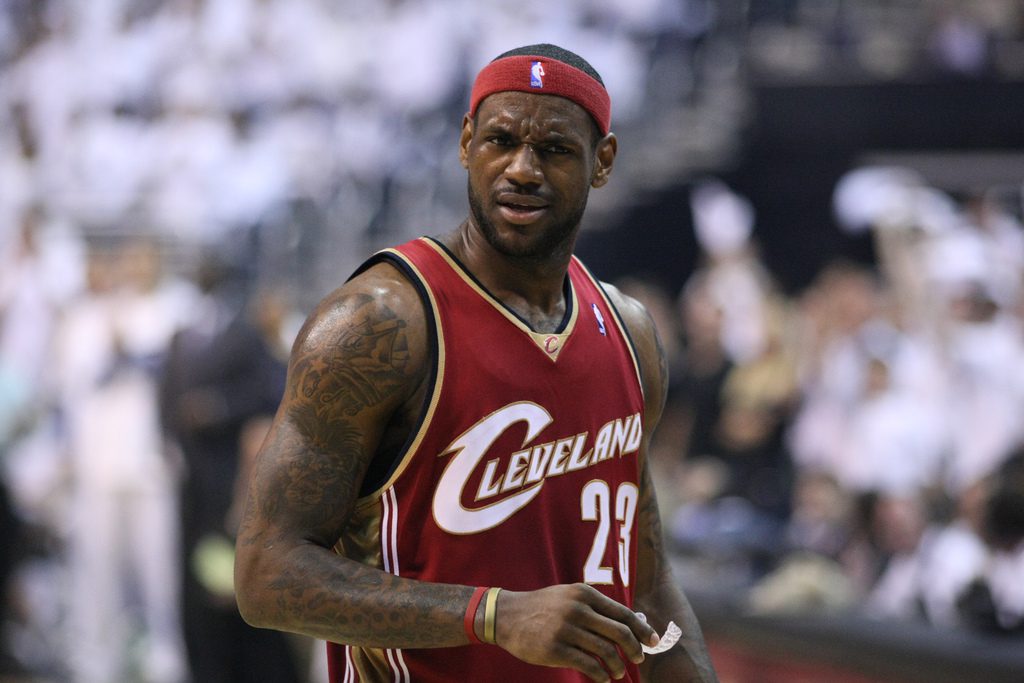 The Baller Mind Frame staff got together and gave their thoughts on the various NBA divisions as part of our NBA Season Preview. Here’s what we think about the Central Division.

STEVEN KUBITZA: Kevin Love. I stated in my preview of the Cleveland Cavaliers that Kevin Love’s health will be the most important thing to the Cavs all year. More important than LeBron’s numbers and far more than those of Kyrie Irving. If Kevin Love stays healthy the Cavs have a great shot to make the NBA Finals. If he gets hurt, they may not make it past the Chicago Bulls.

SONNY GIULIANO: LeBron James. Eh, it’s a cop-out answer, but what are ya gonna do? The best athlete in the world changed teams in the offseason, so naturally he’s the most important player in the Central Division. He single-handedly transformed the sorriest franchise in the NBA over the last four years into an NBA Championship favorite overnight.

MIKE BITANGA: Derrick Rose. Who else would it be? Everybody knows that LeBron James will be LeBron James, except this time he’s in a “new” jersey, but how will Derrick Rose fit in with the new and improved Chicago Bulls? Before Rose was sidelined by critical injuries, the Bulls were looking for a missing piece to make them better championship contenders. It seems that they’ve found that missing piece in Pau Gasol, a two-time NBA champion that’s still hungry for another ring. This time around, the missing piece is Rose himself, as he is the definitive part that could push the Bulls to the NBA Finals. He is the most important part of the Central Division because he’s the difference in the Bulls being the rivals of the Cleveland Cavaliers or a team trying to hover above .500.

KUBITZA: Pau Gasol. With Carlos Boozer‘s exit and Pau’s entrance, the Chicago Bulls should once again be legitimate title contenders with the return of Derrick Rose. Boozer’s exit looked like it could impact the team until Gasol decided to come on board for the last stretch of his career. He will not be relied on too much with Taj Gibson in the rotation, but his production will help open up more space for Joakim Noah. Averaging 15 points would be a perfect situation for himself and the Bulls.

GIULIANO: David Blatt. One of a few new faces in Cleveland, Blatt is an international man of mystery. His successful coaching career overseas is well-known; he’s won numerous international tournaments and titles in various international leagues. What’s more intriguing than the X’s and O’s Blatt will bring to the table in Cleveland is how he’ll manage the egos of his superstars and the expectations of the media. I think it’s safe to say Blatt has never faced pressure or expectations like he will in Cleveland.

BITANGA: Jodie Meeks. The Detroit Pistons actually have a solid team this year, and they have the help of a rather talented coach in Stan Van Gundy. Last year on the Los Angeles Lakers, Jodie Meeks showcased that he could be a consistent offensive threat, shooting 46 percent from the field and 40 percent from beyond the arc for 15.7 points per game. Meeks will continue to exercise his offensive talents on the Pistons with the help of D.J. Augustin, who has proven himself to be a solid point guard, and veteran Caron Butler. Meeks is the X-factor in the division, and he may be the bucket-machine that pushes the Pistons into playoff contention. Maybe.

KUBITZA: Indiana Pacers. The absence of Paul George may make this seem like a lost season for the Pacers, but they should still be in the playoff race. They can easily be a sixth-to-eighth seed even without Paul George and Lance Stephenson. If Roy Hibbert can figure himself out and not break down mentally, there is no reason the Pacers could not take a first-round series from a team like the Miami Heat or Washington Wizards.

GIULIANO: Detroit Pistons. There really isn’t any other standout candidate. It would be a huge surprise if Cleveland or Chicago didn’t win the Central Division, but we’re looking for good surprises, right? Why couldn’t Stan Van Gundy right the ship in Detroit and turn Andre Drummond into Dwight Howard? Remember, the Pistons were pegged as a playoff team last year but fell wayyyyyyyy short of expectations. I think they can get close this season.

BITANGA: Cleveland Cavaliers. There’s just too much hype surrounding the new big three of LeBron James, Kevin Love, and Kyrie Irving. The spotlights can be very blinding, especially when plenty of NBA fans expect the Cavs to take the trophy. The surprise would be that they fail. With the Cavs, failing equals anything short of winning the NBA championship. Everyone talks about how everything can go right, but what can go wrong? It’s all about chemistry, and if these talented ballers don’t find a way to mesh well enough, they could fall short in the NBA Finals or not make it at all.

KUBITZA: The Cleveland Cavaliers will win 60 games. The return of LeBron should signal the return of old times, when 60 wins were expected in Cleveland. Adding Kevin Love, Shawn Marion, and some old Miami Heat friends will only make LeBron’s job easier. If he won 60 with a lackluster team, he can easily reach that mark with this team’s roster. Eight games against the Milwaukee Bucks and Pistons doesn’t hurt, either.

GIULIANO: There is no shortage of talent in the Central Division, and though it may be considered top-heavy, it’s still something to brag about. I’ll say that the teams from the Central Division will have some bragging rights during All-Star Weekend, with half of the Eastern Conference All-Stars will coming from this grouping. For the heck of it, I’ll say LeBron James, Kyrie Irving, Kevin Love, Derrick Rose, Joakim Noah, and Andre Drummond make the team. Excuse me while I pour out a sip of my 40 for Paul George.

BITANGA: Derrick Rose wins the MVP. Is that bold enough? Realistically, there is a fairly low chance of this happening, but if he stays healthy and gets in a groove early on it could be so. He warmed up by winning a gold medal at the FIBA World Cup, and now he can focus on the regular season. If there’s one thing that’s for sure, this kid is hungry. The basketball beast inside of him wants to break out of the cage because it’s been starving for a good portion of the past two years. His comeback has been stripped of the flash and expectations from last season, and now it seems that he’s somewhat of an underdog again. Note: he loves being the underdog. If this happens, remember who called it first.